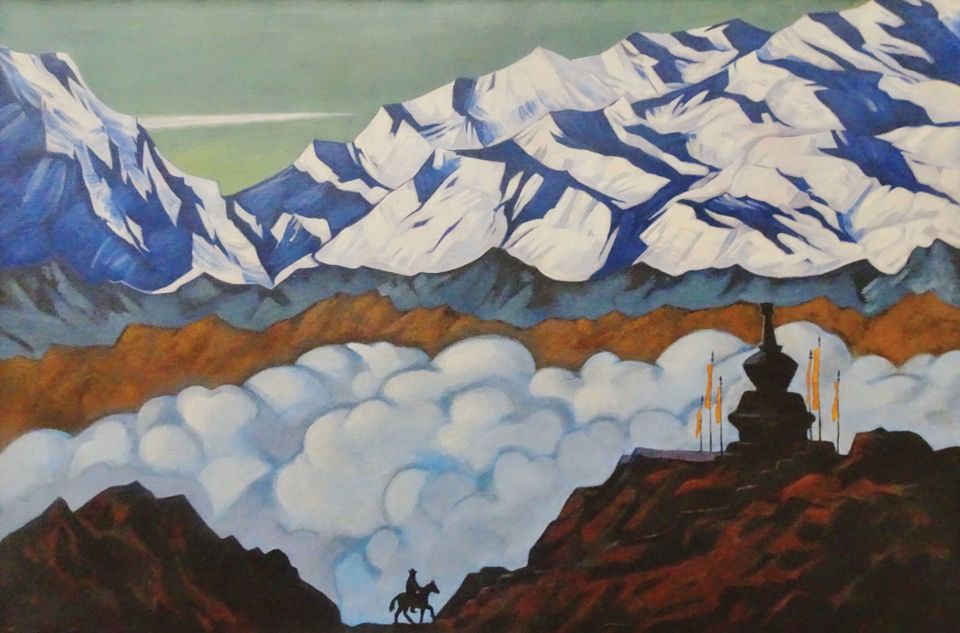 The scandal of the Russian avant-garde art show in Ghent has taken two dramatic new turns. On 19 February the expert commission appointed to assess the controversial loan of works to the Museum voor Schone Kunsten disbanded itself within hours of convening. Next day the city of Ghent announced that the loan had been cancelled and the works returned to the owners.

The creation of the commission was announced on 22 January after an open letter signed by ten specialist curators and dealers questioned the authenticity of 24 purportedly avant-garde works exhibited at the Museum voor Schone Kunsten (MSK) since last October, on long-term loan from the Dieleghem Foundation founded by Russian-born Igor Toporovsky.

The works remained in place for a week after the open letter but were taken down after a front-page story in the February issue of The Art Newspaper, dismantling many of the claims made for the works, prompted questions in the Flemish parliament.

The commission, formed at the behest of culture minister Sven Gatz, took over three weeks to form. Several international specialists declined to join it, fearing they might become the target of violence or intimidation.

Its eventual make-up was as follows: Thomas Leysen (chairman), president of the Friends of the Rubenshuis in Antwerp; Willem-Jan Renders, curator of Russian art at Eindhoven’s Van Abbemuseum; Frederik Leen, of the Royal Museums of Fine Art of Belgium; Sergio Servellon, director of the FeliXart Museum in Drogenbos, and Johan Erauw, professor of law at the University of Ghent.

The original brief, to assess the authenticity of five of the works, was altered at the last minute to deciding whether the MSK had acted with due diligence, and whether doubts about the works’ authenticity justified the decision to withdraw them. However, when commission members convened at the MSK on 19 February, they were greeted by lawyers acting on behalf of its director, Catherine de Zegher, and the city of Ghent, insisting that the commission should not begin its assessment until the works had been scientifically examined, and that the Dieleghem Foundation should first establish if there were “reasonable doubts” as to their authenticity. It was, says Leysen, “a de facto veto of our work from the start, so the commission decided to halt its activities.”

Toporovsky claimed in a TV interview that the Dieleghem Foundation had “never set any conditions” to co-operating with the commission, but had instructed its own lawyers to send a letter “asking for more details” about the commission’s status, goals, members and subjects of discussion.

How the works reached Belgium was one topic the commission was expected to address. Toporovsky has made contradictory statements on the subject, but The Art Newspaper understands that they were imported from Russia and that Belgian police are in possession of the relevant paperwork. Details are only likely to emerge if and when the police receive a formal complaint.

With the affair making headlines in Belgium for weeks now, culture minister Gatz appeared relieved by the decision of the commission to disband. There are municipal elections coming up later this year, and national elections in 2019, and Gatz told De Standaard newspaper: “I couldn’t care less what happens to these paintings now. I have nothing to do with this anymore; full responsibility now lies with the City of Ghent.”

Within hours, Ghent’s alderwoman for culture, Annelies Storms, announced that the loan was being cancelled and the works returned to the Dieleghem Foundation: “We are leaving the question of authenticity to the owners”, she said. The president of the Dieleghem Foundation Hervé Doyen, who is the mayor of Jette, where Toporovsky hopes to put his collection on permanent display from 2020, told Bruzz newspaper that “renowned laboratories” would investigate the works. However, the prospect of Toporovsky hand-picking his own laboratories is unlikely to impress an art world that has savaged his works as blatant forgeries.

De Zegher has gone silent, communicating only via her museum website. At time of publication, the English version of its news section had not been updated since 24 January, when it announced the creation of the commission, but two posts were added to its Flemish version on 12 February, one tardily acknowledging that the works had been removed, the other citing an article by the co-founder of ArtDependence Magazine Dirk Vanduffel, claiming that the MSK “has become the plaything of the art market” and lambasting “over-hasty” press coverage, before asserting that the “allegations” against the MSK had been “backed until now with little verifiable evidence.”

Also appearing to defend the display was the controversial organisation InCoRM (International Chamber of Russian Modernism), whose website complained that the works had been “maligned” by the press and deplored “unauthorised photographic practices by certain journalists.”

Minister Gatz’s comment in parliament, to the effect that Flemish museums should have shown more “solidarity” with Ghent as they could easily find themselves in the same situation, has left museum curators seething.

Ben Van Beneden, the director of the Rubenshuis in Antwerp, told Knack magazine that, unlike MSK, most museums follow a stringent procedure before accepting loans: “All our loans are thoroughly examined by KIK-IRPA [Belgian’s Cultural Heritage Institute] at the lenders' expense. Provenance must be verified before any paintings are hung, especially if they are ascribed to such important names as those in Ghent. We all dream of someone knocking on the door with six Titians, four Tintorettos and three Veroneses, but if that happens, your warning antennae start twitching.”

Till-Holger Borchert, the artistic director of Bruges municipal museums, feels that “a humbler mind set and an apology to visitors and the trusting public were the least we could have expected, rather than this stubborn and self-righteous attitude.” He deplores “the severe crisis of credibility for which we museums have to thank the Russians and the MSK .”

“It’s not up to me to judge whether De Zegher is good or abominably bad; what interests me is the reaction of the foreign press,” says Peter de Wilde, the head of the Flemish tourist board. “I hear from my international contacts that the image of our art sector has been badly damaged.”

Flemish cultural authorities are about to launch a €1.5m international PR campaign to promote a series of major exhibitions of Flemish Old Masters, and the Ghent scandal “is like a farmer having his field hit by a hailstorm just before the harvest, “ says Wilde, who reveals that a number of international museums, such as Berlin’s Gemäldegalerie, are having second thoughts about lending works for a programme due to culminate in January 2020 with a Van Eyck show at the MSK, starring the Mystic Lamb altarpiece from Ghent Cathedral.