Seized during the Ashanti war and long held by the London museum, the prized Ghanaian work is to be displayed in a new permanent gallery 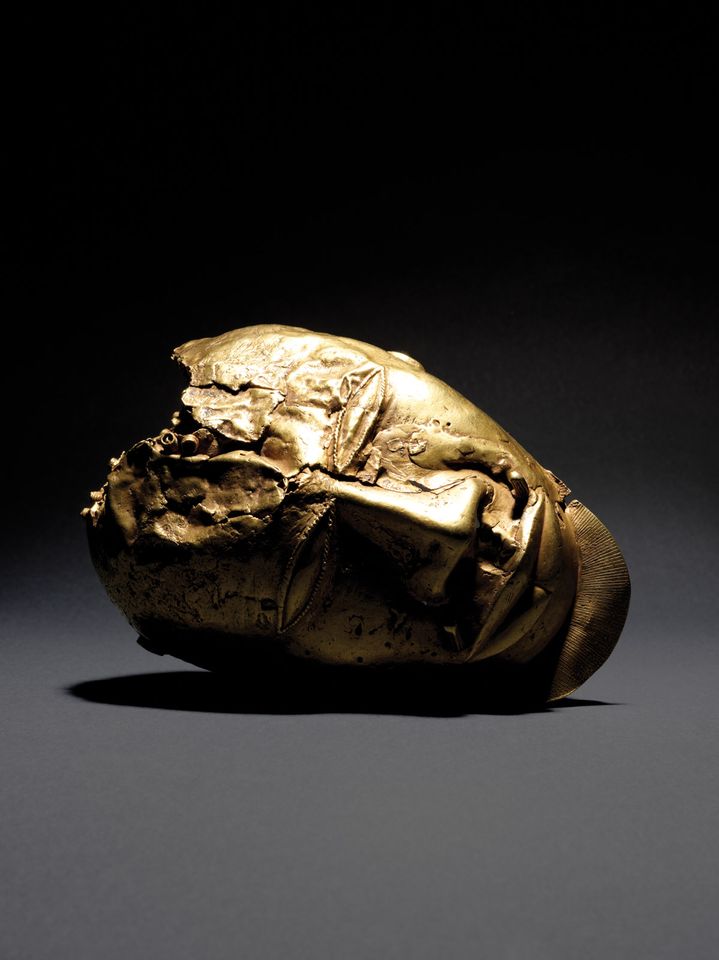 This is the largest surviving gold work of art from Sub-Saharan Africa The Wallace Collection, London

The largest surviving gold work of art from Sub-Saharan Africa is to be highlighted in an exhibition at London’s Wallace Collection this month. Until now, the mysterious Asante trophy head from Ghana has been displayed in what may seem an unexpected location, the museum’s Oriental Armoury, where it attracts relatively little attention.

The golden head—nearly life-size and weighing three pounds—was seized by British troops during the Anglo-Asante (or Ashanti) war in 1874 and eventually became the subject of restitution claims. It is in a similar category to the Maqdala treasures and Benin bronzes in UK collections, which are claimed by the governments of Ethiopia and Nigeria.

The punitive expedition against the Asante people ended with the occupation of Kumasi, their capital. The treasures of Kofi Karikari, the Asantehene (king), were seized as war booty and auctioned off, most of it coming to the UK. Richard Wallace, who later left his collection to the nation, bought 16 Asante pieces from Garrard, the London jewellers. These included the gold head, for which he paid £500.

In 1974, a century later, restitution claims were filed against several UK museums by the reigning Asantehene and submitted through the Ghanaian government. The British government rejected the claims, arguing that national museums, such as the British Museum and the Wallace Collection, are unable to deaccession.

Although the Asante head has been displayed at the Wallace Collection since 1900, a museum spokeswoman admits that it has “not been extensively studied”. This is surprising, considering that the museum says that it is quite exceptional and “one of the great masterpieces of African art”.

The current label dates the head rather vaguely as “19th century or earlier”, but it was probably made during the first half of that century. Its function remains a mystery, although specialists believe that it may have been hung from the ceremonial sword of an Asante warrior, to threaten enemies with an impending attack. Made by an Asante craftsman, the head has earrings, which suggests that it depicts the features of a defeated warrior from a neighbouring ethnic group. The head has suffered some damage at the top, most likely when it was looted in Kumasi.

The gold head is now to be displayed in the exhibition Sir Richard Wallace: the Collector (20 June-2 January 2019), the inaugural show in the museum’s new exhibition gallery. Xavier Bray, the Wallace’s director, says that he is “keen to work with scholars and researchers in Ghana and internationally to develop our understanding of this incredible work of art”. The director is now making plans for a new permanent display of Asante art next year, after the temporary exhibition.