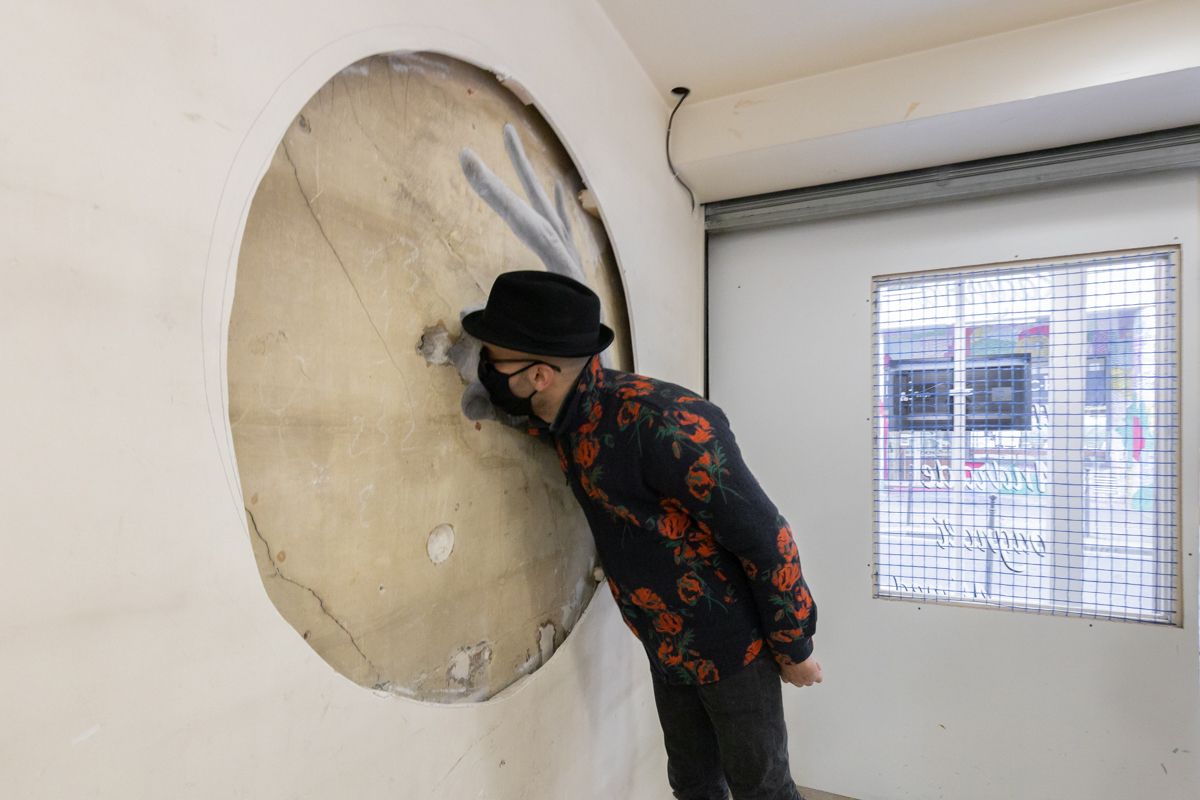 Out of a desire to do something “positive and constructive” during the pandemic, Galleria Continua opened a new space in Paris on Wednesday with an inaugural exhibition curated by the French artist JR.

Located on a street corner near the Pompidou Centre, the 800 sq. m venue in a former wholesale leather supplier’s premises is still in a raw state. The Italian gallery signed the contract for the space earlier this month.

Lorenzo Fiaschi, the co-founder of Continua, says: “Walking down the Parisian streets, we felt that there was sadness, like everywhere in the world because of Covid-19. Noticing this closed place was to rent, we said [with Maurizio Rigillo and Mario Cristiani, Continua’s other co-founders] that it’d be good to do something to generate smiles. We realised the project in a short period of time and, paradoxically in this crisis, without thinking too much. We had never considered opening in Paris before; all our adventures are down to human relationships or luck.” 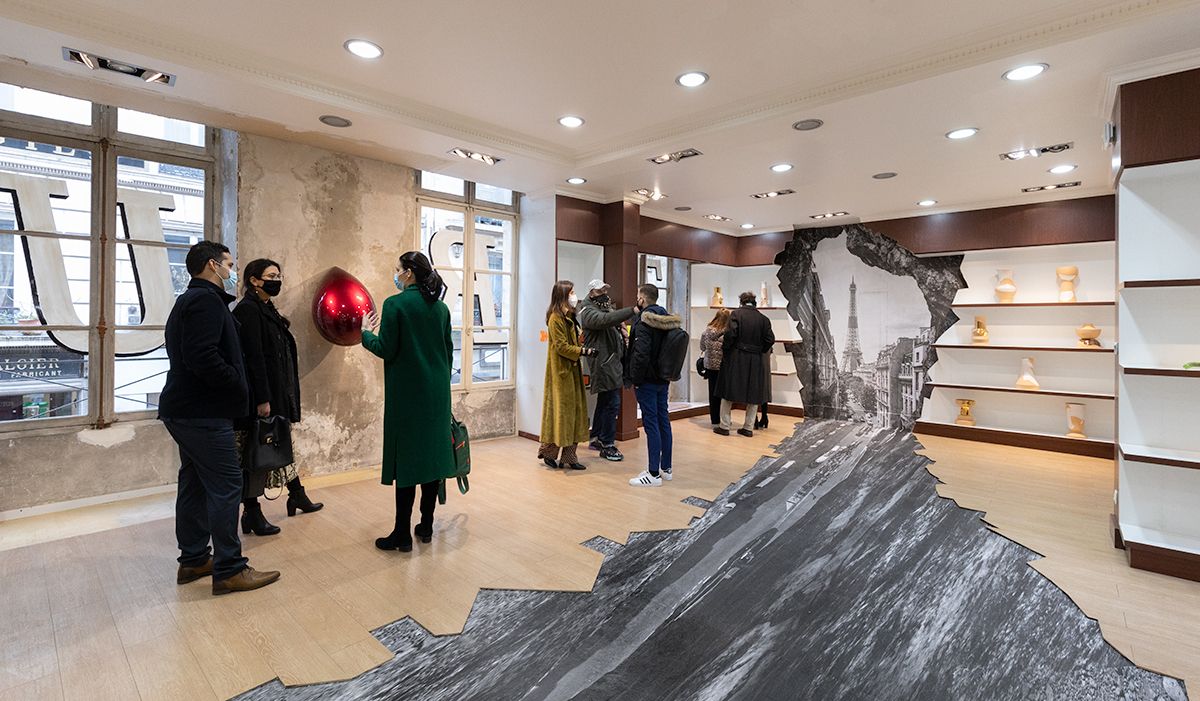 This is Continua’s second space in France after Les Moulins, a former factory and paper mill in the countryside of Boissy-le-Châtel near Paris, which opened in 2007. The gallery's other locations are in San Gimignano, Beijing, Havana, Rome and São Paulo.

After the JR-curated exhibition, Truc à faire (Thing to Do), ends on 20 February, Martinez Barat Lafore Architectes will renovate and transform the space by removing the false ceiling, cupboards and shelves. “The space will remain open during the renovations so that people can participate in its renewal,” Fiaschi says. “It’ll be a lively, transversal project with a cafe, a shop, a library, artists’ talks and poetry readings—we want it to be very big and organic, like a human heart. Now is a good moment for Paris because of its strategic importance after Brexit.”

This is the first exhibition that JR has curated alone after co-curating a show last summer at the Palais de Tokyo featuring students from Ecole Kourtrajmé near Paris, where he directs the Art and Image department. About the Continua exhibition, JR says: “It was about how to occupy the space, play with the shelves and make this gigantic bookstore, so I looked into the gallery’s collections and all the artists’ works available. It’s a dialogue with the architecture in a space in movement.”

JR made three in situ photographic works for the show, including a black-and-white street image of the Eiffel Tower, part of which is displayed on the floor. 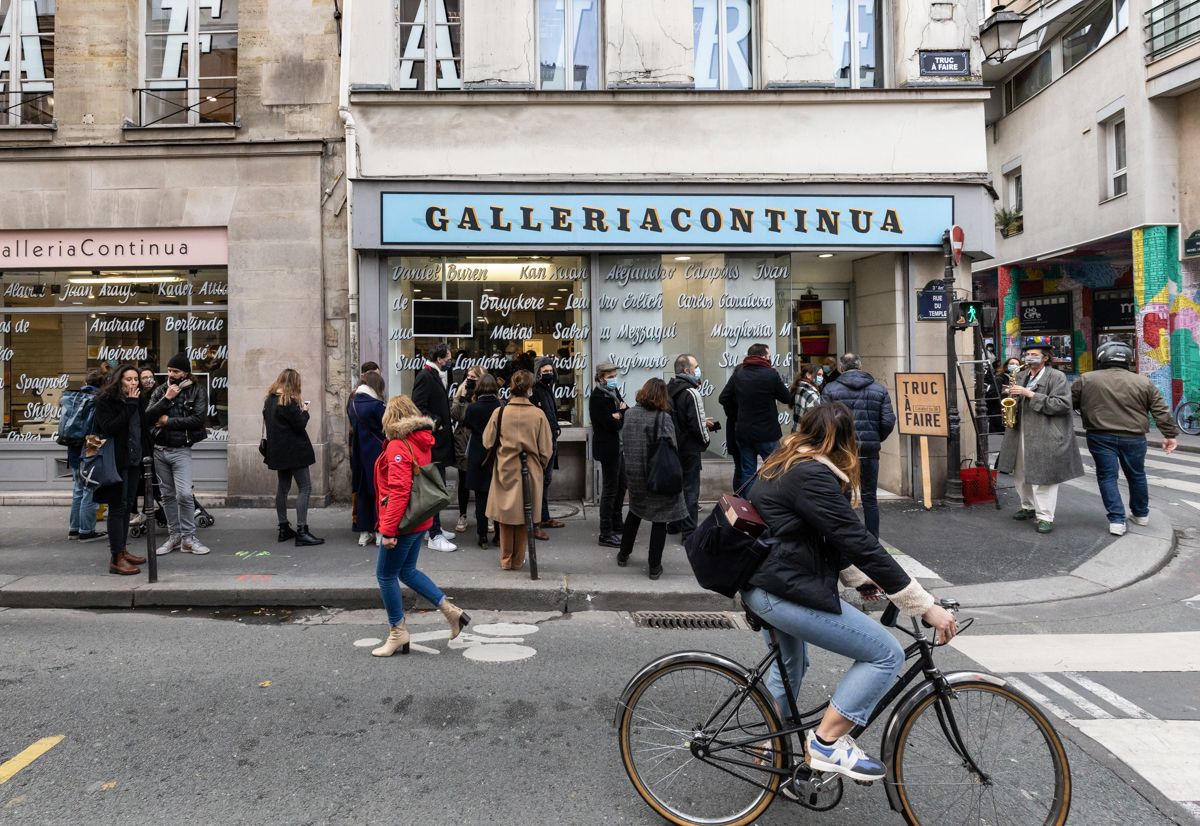 Works by Continua’s international artists are spread over three floors. An African figurative sculpture by Pascale Marthine Tayou rises through the ceiling; a small cast iron sculpture by Antony Gormley lies on the floor; a mirror painting by Michelangelo Pistoletto adorns the shop; a gold loo by Subodh Gupta lurks in the toilet; a wax sculpture by Berlinde de Bruyckere dwells in the basement; and works by Ai Weiwei, Kiki Smith and Leandro Erlich fill bookshelves.

Queues formed around the building for the opening as only 45 visitors were allowed inside the gallery due to Covid-19 restrictions. The space closes at 5pm, ahead of France’s 6pm curfew.