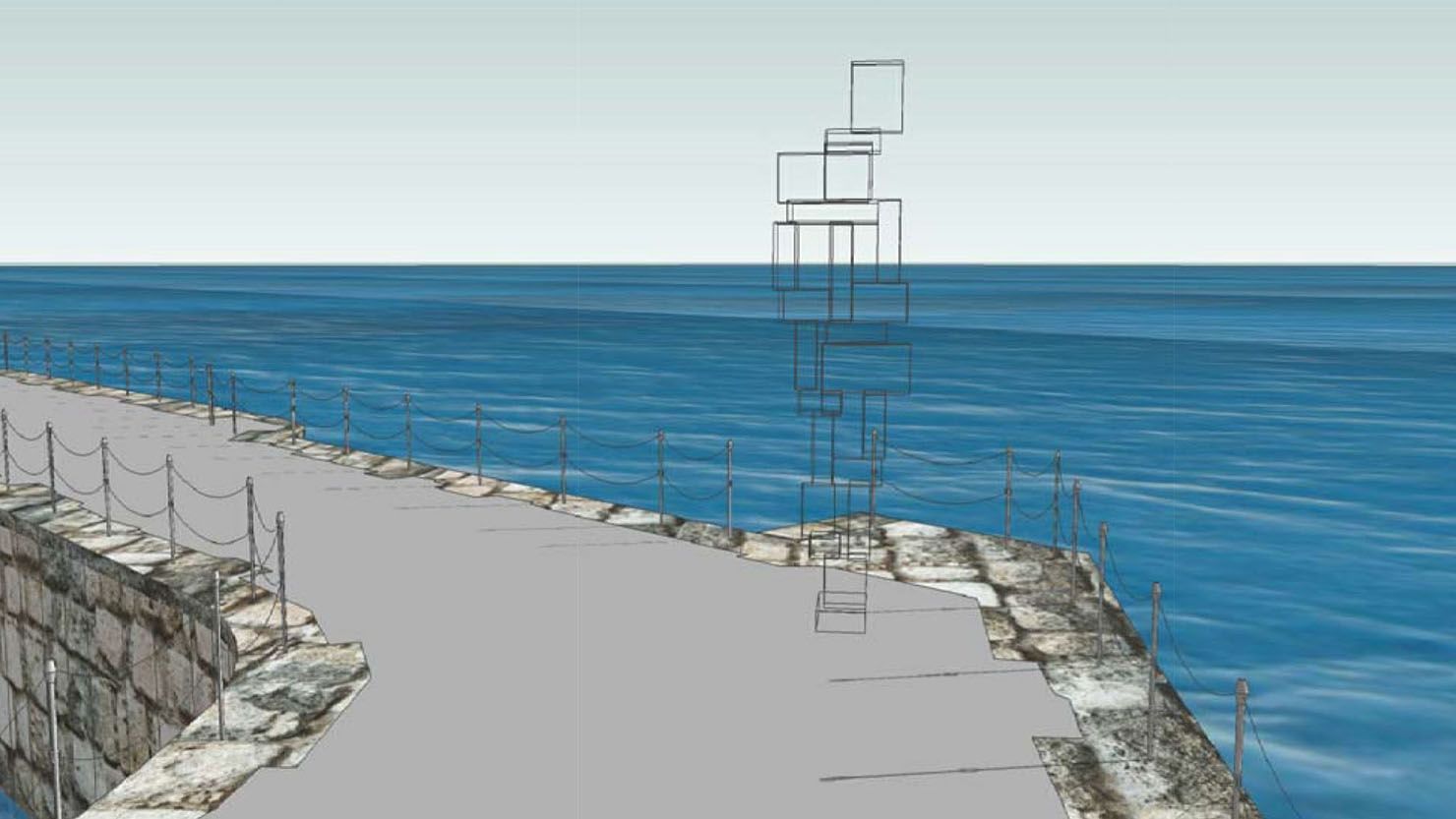 A digital rendering of Antony Gormley's Look II Courtesy of The Box, Plymouth

A major new work by sculptor Antony Gormley due to be unveiled in Plymouth later this month has divided opinion in the south-west UK city, with some local residents and a politician questioning the cost of the 12ft, three-ton cast-iron figure due to be unveiled on West Hoe Pier on 22 September.

The work, entitled Look II, is part of Making It, an inaugural exhibition at The Box, a new multi-disciplinary culture complex due to launch 29 September. “Look II is a body form made from 22 blocks stacked like a house of cards but substantial like the stones of Stonehenge,” says The Box website. A new permanent architectural glass piece by the Portuguese artist Leonor Antunes will also go on show in the east window of St Luke’s, a former chapel, as part of the programme. 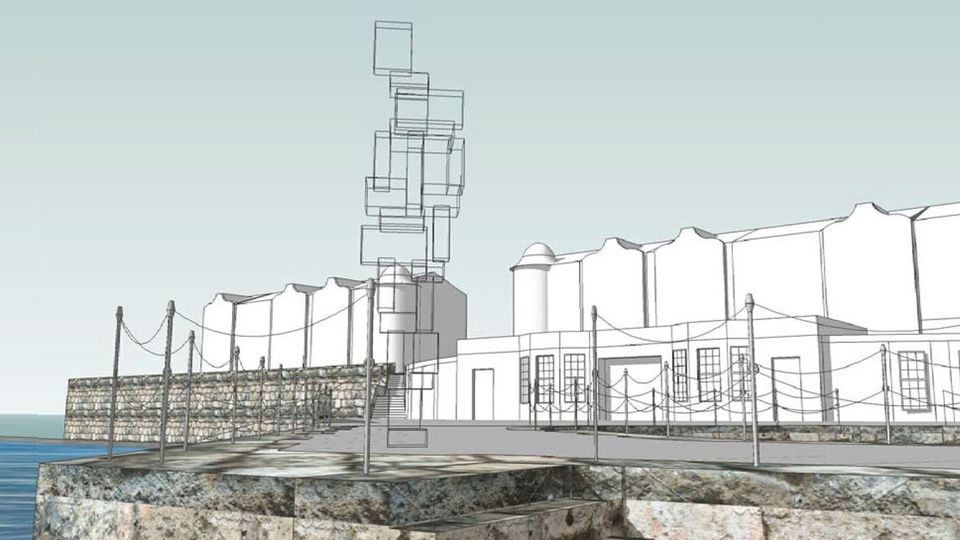 City council unable to reveal cost of public project after signing confidentiality agreement with Gormley Courtesy of The Box, Plymouth

The Box brings together six national collections based in Plymouth, including the City Museum and Art Gallery and the South West Film and Television Archive, on display across nine permanent galleries. The budget for The Box is £46m; funders include Plymouth City Council, National Lottery Heritage Fund and Arts Council England which awarded £380,506 last year from its Capital: Small Grants fund. “The Gormley and Antunes commissions are funded by a mixture of the [aforementioned] sources,” a project spokeswoman says.

“The cost is commercial confidential information,” she adds. Earlier this year, Johnny Mercer, the Conservative MP for Plymouth Moor, wrote on Twitter regarding the Gormley piece: “How many more statues does one city need?! Be disappointed if any public money is going into this.” Mercer had not responded to a request for comment at the time of writing.

In a statement posted on the Plymouth Live news website, Tudor Evans, Plymouth city council leader, says: “Not giving the cost sounds like we are ashamed. That could not be further from the truth, but the fact is we have no choice but to keep schtum as we’ve signed a confidentiality agreement with the artist.”

He adds that the council is funding Look II as part of The Box’s “exciting” new contemporary arts programme. “We wanted something world class, and we have got it. When the Angel of the North was first proposed, there were probably the same grumbles. It is now an icon of the North East… … [Look II] tells a story of a city wanting to invest in itself, to show some pride and to show itself off,” Evans says.

Nigel Hurst, the head of contemporary arts at The Box, says that the Gormley sculpture will provide an additional offer to wider audiences in the city, marking the 400th anniversary of the Mayflower ship sailing from England to North America.

“The way the work looks out to sea expresses how migration has been integral to human evolution. It will look wonderful in that location and also be an important driver for the local cultural and visitor economy,” Hurst adds, stressing that the commission also shows a commitment from the city council to support art in the public realm.

Local artist Richard Allman tells The Art Newspaper that “Gormley's proposed figure is exactly what we need… Not many cities can hope to have a Gormley [work] and this one is bound to lead to endless discussion here.  But that's surely what contemporary art is all about.” Another Gormley piece proposed for the University of Cambridge has meanwhile also run into trouble. 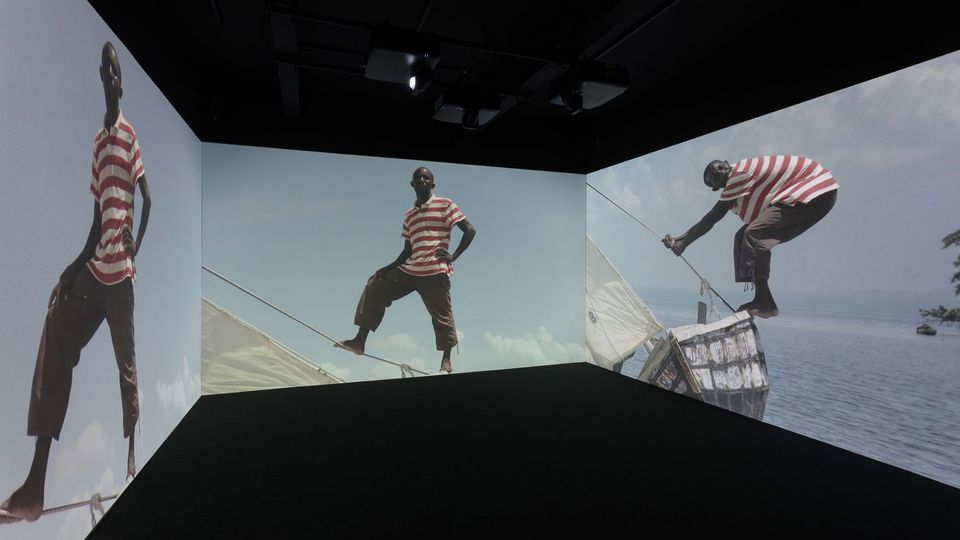 Kehinde Wiley's Narrenschiff (Ship of Fools, 2017) will show at The Box later this month Courtesy of the artist and The Box, Plymouth

The Box is the largest regional cultural project to launch in the UK this year, putting the coastal city on the map following the coronavirus outbreak which led to arts projects countrywide being put on hold. “At the heart of The Box’s ethos is the conservation, heritage and preservation of Plymouth’s rich history and heritage,” says a press statement.

Other launch projects at the new Plymouth institution include a three-channel video installation by the US artist Kehinde Wiley, Narrenschiff (Ship of Fools, 2017), which shows a group of black men at sea struggling to reach land (29 September-24 January, The Levinsky Gallery). Wiley’s large-scale painting, Ship of Fools (2017), on loan from Royal Museums Greenwich in London, is also included.

Meanwhile, Making It “aims to contrast different kinds of ‘making’ with particular reference to Plymouth’s history as a city of crafts people”, Hurst says. Antunes’s work is also included in the show. “[Her] installation highlights the histories embedded within material production; her painstaking approach to her practice offers a counterbalance to our digitised, fast-paced world,” he adds.