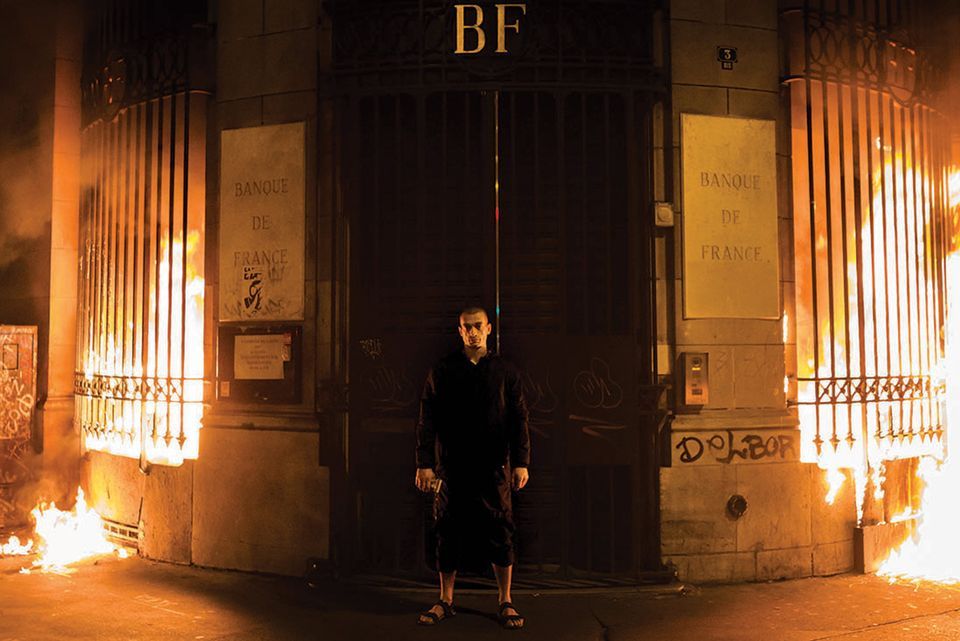 The Russian performance artist Pyotr Pavlensky, known for nailing his scrotum to the ground in Red Square, has been detained by the French authorities for at least four more months after setting fire to a bank lobby last October. A trial date has not been set for Pavlensky who faces charges of damaging property after setting ablaze the Bank of France in Paris. His partner, Oksana Shalygina, was released without charge last month.

Pavlensky has subsequently gone on hunger strike “in protest at the lack of transparency”, his lawyer Dominique Beyreuther Minkov told an appeal court last week. “This continued treatment of an artist is not justified,” she told Agence-France Presse. Pavlensky also went on hunger strike last October for 13 days; The Art Newspaper understands that the fast was subsequently broken after Pavlensky was force fed. At the time of writing, the French Justice Ministry declined to comment.

The French government granted Pavlensky and Shalygina political asylum in May. The couple travelled with their two young daughters to France via Ukraine January last year after fleeing Russia where they were facing sexual assault charges. An actress at a Moscow theatre accused them of pressuring her into a sexual encounter that they claimed was consensual.

Pavlensky came to worldwide attention for his previous performances in Moscow, such as nailing his scrotum to the ground in Red Square in 2013, and sewing his lips in protest at the imprisonment of Pussy Riot members in 2012.