The conceptual artist, who disavowed the work, claimed that replacing materials without her consent violated the US Visual Artists Rights Act 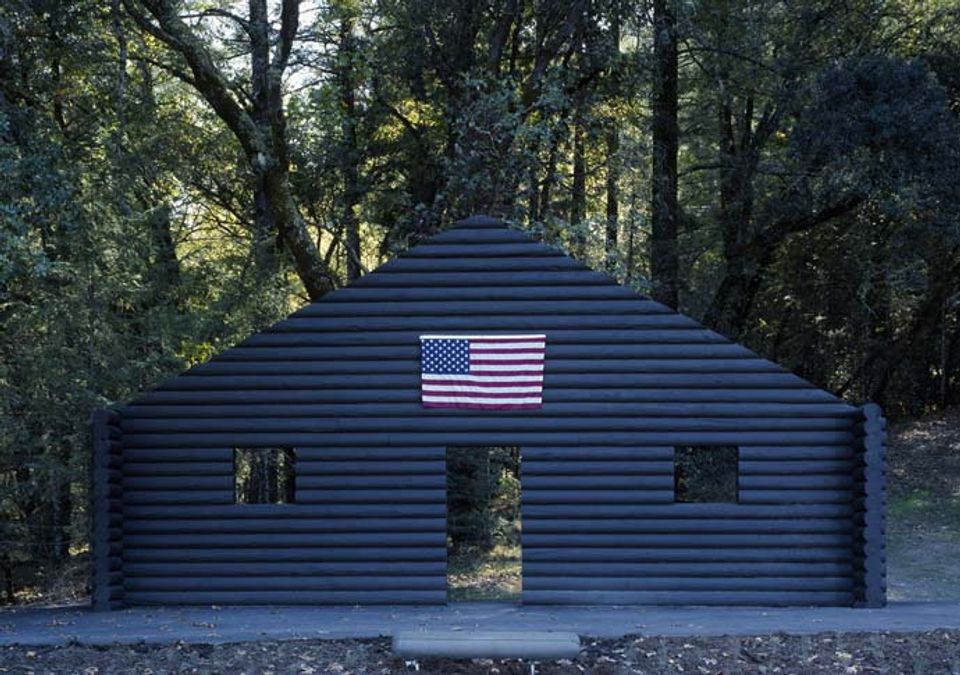 A New York district court has dismissed the artist Cady Noland’s 2017 lawsuit against a collector and a group of dealers for mutilating her 1990 sculpture Log Cabin through unauthorised conservation.

Judge J. Paul Oetken’s 1 June ruling was based on narrow, technical issues, rather than on the broader issue of whether or not an artist may claim that conservation of a work without the artist’s permission and approval is a violation of artistic moral rights as described by the Visual Artists Rights Act, a 1990 addition to the US Copyright law. That broader issue generated considerable interest among collectors, dealers and conservators in the US and elsewhere, but resolution of that question will await another test case.

Log Cabin is a sculpture composed mainly of wooden logs, arranged to resemble the front façade of a cabin in size and structure. The logs themselves were produced by a Montana company, Master Log Homes, and then shipped to Noland’s German dealer, Wilhem Schürmann, in Cologne. He had the work assembled and, as it was to be exhibited outdoor, stained, which was done with the artist’s permission.

After being displayed outdoors for 10 years, some of the original logs began to rot, and Schürmann, in association with some other dealers, contacted Master Log Homes for exact replacement pieces to refurbish the original work. But Noland said this was done without her consultation and the artist objected to the change, disavowed the sculpture, and filed a lawsuit.

In its ruling, however, the court said that the refurbishing of Log Cabin took place outside of the US, making the country’s copyright statutes inapplicable. Noland has also complained that images of the refurbished sculpture were sent to prospective buyers in the US, so this constituted a form of copyright infringement where US law could be applied. But Judge Oetken ruled that photographs produced and distributed for the purpose of selling a work of art is fair use.

Finally, the Visual Artists Rights Act, which Noland claimed protects her rights to the underlying work of art that she saw as now mutilated, is inapplicable, in part because Log Cabin was created before VARA was enacted and the artist’s application for copyright for the sculpture had never been approved.