The figures, carved by tribal members every winter and left in ceremonial shrines atop a mountain, have regularly been stolen and made their into museums and private collections throughout the US and Europe 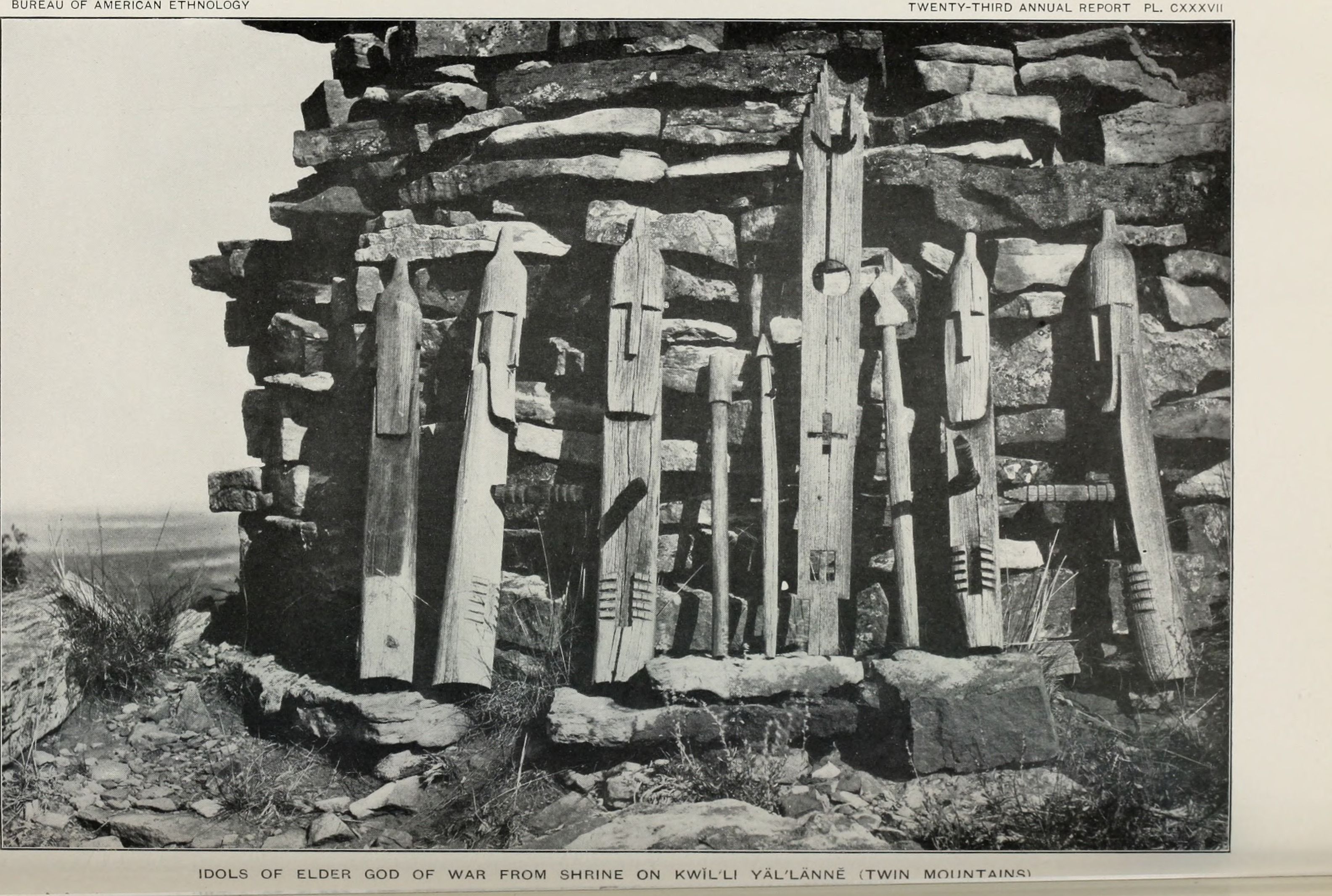 A group of Zuni war gods documented in the annual report of the Bureau of Ethnology to the Secretary of the Smithsonian Institution in 1904 Photo: John Wesley Powell

The Cincinnati-based auction house Cowan’s has returned a hand carved wooden statue of the Zuni War God Ahayu:da to the Zuni Pueblo of New Mexico. The sacred 15-inch figure was removed years ago from a holy shrine before turning up in an Ohio estate and eventually being consigned to Cowan’s. The firm’s director of Native American, prehistoric and tribal art, Danica Farnand, recognised the figure as the Zuni War God and promptly initiated the repatriation process, which was completed in late August.

"Auction houses have special responsibilities regarding the sale of culturally sensitive objects produced by Native American artisans,” Farnand says. “Cowan’s has long recognised this responsibility, and has consistently worked with tribal authorities to return special objects that should never have left their communities. We treat every request from a tribal authority seriously and with respect. The return of this Ahayu:da was not an exception. We’re happy to have played a role, and delighted that this important object is back home, resting peacefully with his brothers.”

Every winter, Zuni tribal members carve two such figures, bringing each to a ceremonial shrine atop a mountain on tribal land, where they are left to the elements. These figures were first discovered by anthropologists in the 19th century, and many have been stolen and placed in museums and private collections throughout the US and Europe. In 1978, the Zuni Tribe officially announced that they would like to see the statues returned, and over 100 figures have been repatriated since. “The Zuni recognise the war gods as living beings, and their removal from the shrine where they live represents an affront to Zuni cultural traditions,” Farnad explains in a further statement.

With repatriation conversations on the rise, particularly regarding objects of indigenous ancestry, a recent bill in California that would allow the state’s Native American population to reclaim ancestral objects from museums and institutions saw overwhelming bipartisan support from lawmakers.