The public will be a key player in a series of new commissions by the artists Lara Almarcegui, Isabel Lewis and the architecture studio Recetas Urbanas 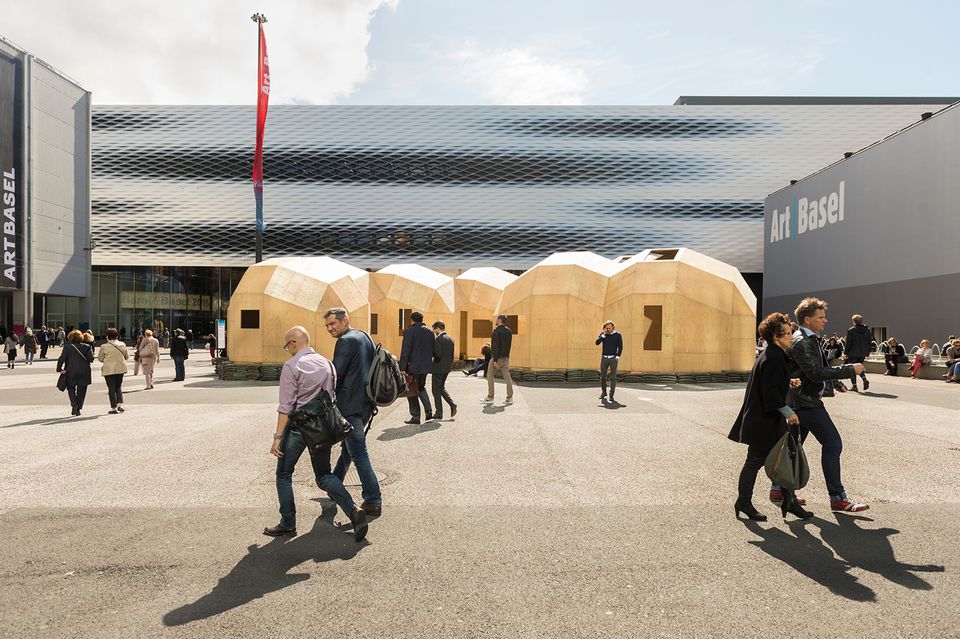 Public participation will be the primary driver for a series of projects on the Messeplatz in Basel, Switzerland. Called Basilea and commissioned by Art Basel, it is the New York public art organiser Creative Time’s first international commission and will be the only presentation on the central plaza during the fair. Elvira Dyangani Ose, who was appointed senior curator at Creative Time last year, says the project, which runs 23 May-17 June, aims to question “what makes a place, any place, a city; what is our relationship to it; and how can we, collectively, intervene it, transform it, live in it together?”

The project is a collaboration between three artists and architects. First, the Spanish architecture studio Recetas Urbanas (which translates as “Urban Recipes” and is led by Santiago Cirugeda and Alice Attout), will produce a multi-purpose civic structure resembling a small auditorium. This will be “collectively conceived, designed and built by everyone [through] a series of workshops open to all ages, backgrounds and abilities—the studio’s leading principle is that everything can be done by anyone using or adapting to these accessible recipes”, Ose says. The platform will host performances and talks throughout the fair and will eventually be donated to an educational or institutional platform that can “carry on the meaning and usefulness of the project once the fair is over”, she says.

The Spanish artist Lara Almarcegui, who represented the country at the 55th Venice Biennale, will also create a large-scale installation made of gravel deposits that will incrementally grow in volume each day of the fair, reflecting the amount of gravel extracted from quarries in Basel. The work “encourages audiences to observe our relationship with the land and what resides underneath—the subsoil”, Ose says. Although the programme is still being finalised, Ose says Almarcegui will also “invite fairgoers and people in Basel to visit a series of wastelands or no-man lands”, like defunct quarries that are due to be turned into public parks, for example.

And finally, the Dominican-American artist Isabel Lewis, known for creating lively interactive experiences, will have an “ephemeral and immaterial contribution to the project [that] is perhaps the most crucial, [involving] movement, dance and historical and contemporary bodily-engaged practices”, Ose says. In a series of workshops, Lewis will invite members of the public to participate in a “collective choreography [that] we can experience with our bodies, voices and souls”, she says.

As for the title of the project, Ose says that “Basilea as a place exists only in translation of an Italian or a Spanish speaker, however, for this project, it’s [...] defined by our will to take part or not in a collective experience, [and] question what makes a place, what is our relationship to it and how can we intervene it, transform it and live in it together”.