Croatian heritage has a friend in Britain

Over the past 25 years, the International Trust for Croatian Monuments has raised more than £500,000 to repair the ravages of war

Haunting photographs of heritage sites caught in the crossfire of the war in Croatia were shown at an exhibition that opened in London on 3 December 1991—three days before the shelling of Dubrovnik brought the crisis to the world’s attention. Images taken by the photographer Pavo Urban, who was killed while capturing the destruction on Dubrovnik’s main street, the Stradun, were included as a late addition to the show. The photographs also appeared in exhibitions that followed in 1992. These were staged by the newly formed International Trust for Croatian Monuments (ITCM), which was founded in response to the conflict. This year the UK-based charitable trust celebrates its 25th anniversary—a considerable milestone for a grassroots organisation that its founder, Jadranka Njers Beresford-Peirse, says was built on “hard work and with the help of a few incredibly kind British people”.

Croatian-born Beresford-Peirse ran the trust with her husband Henry, who died in 2013, and continues at its helm. The trust, which promotes Croatian heritage and artists through publications, exhibitions and lectures, has raised more than £500,000 for projects in Croatia, from building restoration work to training workshops for conservators. It has also built up a network of loyal donors, including the Headley Trust, which is one of the charitable trusts of the Sainsbury family. 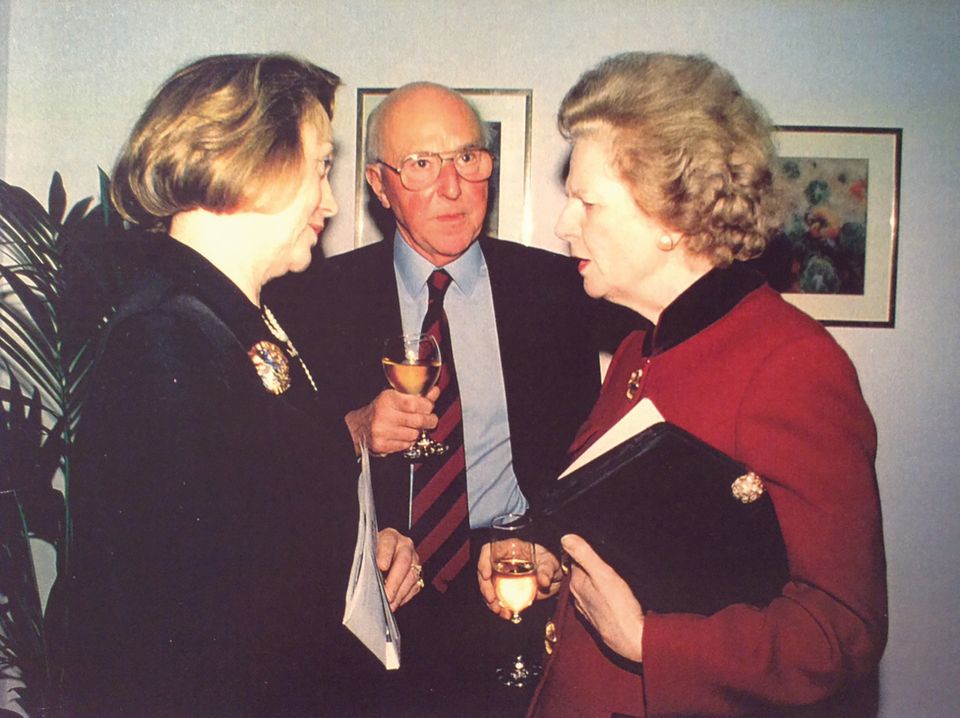 Jadranka Njers Beresford-Peirse and her husband Henry, the founders of ITCM, with former UK prime minister Margaret Thatcher in the 1990s

From the beginning, the ITCM has supported initiatives big and small with equal zeal. One of its first major projects was the restoration of the dome of St James’s Cathedral in Šibenik, a Unesco World Heritage site that was shelled in 1991. In recent years, it has focused on smaller projects, especially those designed to train Croatian conservators and heritage professionals. For example, it pays subscription fees to key publications for Croatian institutions, and funds the cost of sending young professionals to major international conservation conferences and workshops.

The success of the ITCM is largely due to the passion and persistence of Beresford-Peirse and her trustees, and their tenacity undoubtedly pays off. After years of fundraisers and appeals to groups for help, the ITCM recently received an unsolicited donation. “Out of the blue, a friend whom I have known a long time sent a generous donation,” Beresford-Peirse says. “I knew of his interests and have been sending him my progress reports since 1992.”

In 1997 the trust established a workshop in Osijek, a city in the east of Croatia, to repair the stained-glass windows of the neo-Gothic cathedral church of St Peter and St Paul, which had been badly damaged during the war. An expert in stained-glass from London’s Victoria and Albert Museum was sent to Croatia to help. 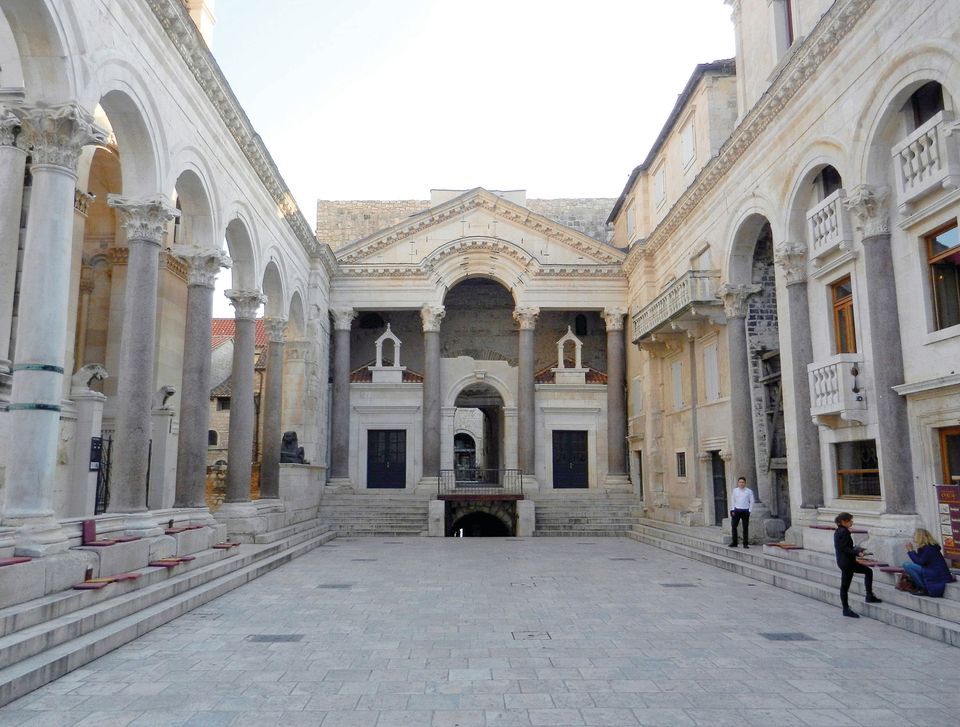 Conservators completed a ten-year project to remove 1,700 years of grime from the central courtyard of the palace of the Roman Emperor Diocletian (reigned AD284-305), in the coastal city of Split, in 2013. The architectural details of the massive fourth-century palace complex, which boasts a mix of Western and Asian influences, had been obscured by soot and cement dust from a nearby cement plant. It was the first time that lasers had been used on such an extensive scale in Croatia as a way to clean stone.

Croatia has a remarkable collection of liturgical vestments of great interest, according to Beresford-Peirse. She says that, despite the country’s turbulent history, its monastic libraries and buildings did not suffer the same fate as those in England under Henry VIII or in France during the French Revolution. The trust has donated a number of conservation chests to various churches and friaries, especially those along the coast. Once the garments have been cleaned and fumigated by conservators, they are stored in the chests for safekeeping. “These are only small sums, but they make a huge difference to those who receive them,” Beresford-Peirse says.

For the past ten years the trust, with support from the Sandy and Zorica Glen Charitable Settlement, has paid the accommodation costs for a group of university students and teachers who travel to Lopud each summer for a restoration workshop. The island off the coast of southern Croatia has 33 chapels, four churches and two monasteries, all of which require restoration. 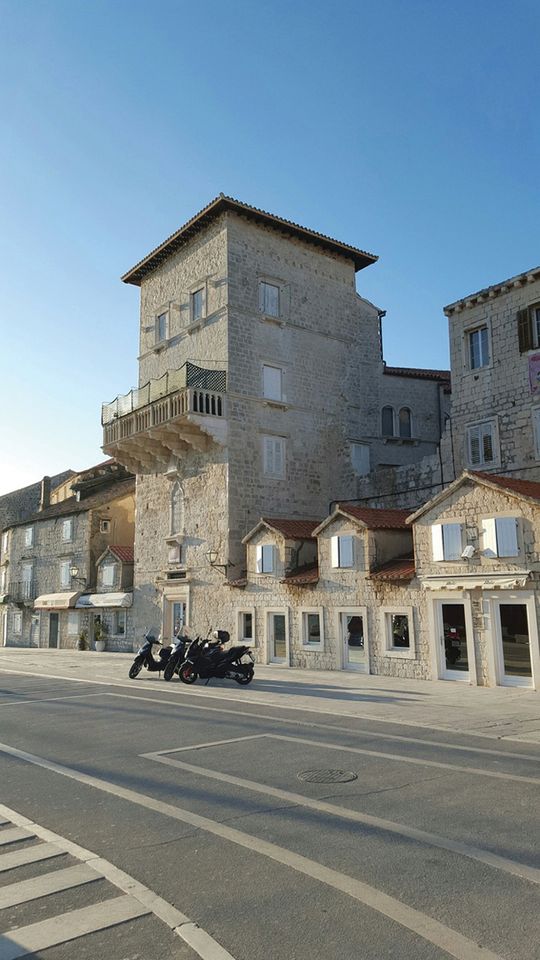 The trust has championed various projects in the coastal town of Trogir over the years, including cleaning the interior of the 13th-century cathedral of St Lawrence. In 2015, the ITCM raised £45,000 through the Headley Trust to restore the Medieval Vitturi Tower of St Nicholas at the Convent of the Benedictine Sisters, which was founded in the 11th century.