The artist has been accused of profiting from black suffering 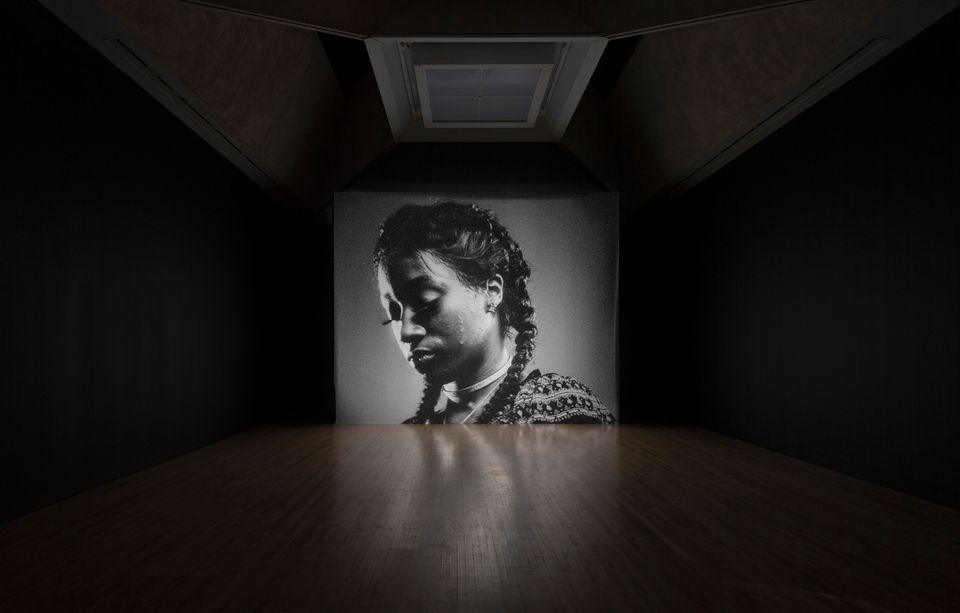 Thompson’s film is a portrait of Diamond Reynolds, who livestreamed the moments after her boyfriend was fatally shot © the Tate

Leading curators have voiced support for the mixed-race, New Zealand-born artist Luke Willis Thompson, whose Turner Prize-nominated work Autoportrait (2017) has sparked anger among some groups who say that he is profiting from black suffering. Shot in 35mm, the black-and-white film shows the face of a silent Diamond Reynolds, who broadcast live on Facebook in the moments after her boyfriend, Philando Castile, was fatally shot by police in Minnesota in 2016.

On the opening night of the Turner Prize on 24 September, members of the south London art collective BBZ turned up at Tate Britain wearing t-shirts emblazoned with the words: “Black pain is not for profit.” The protest followed an essay published in May by BBZ member Rene Matic, who referred to Thompson as a “white-passing male, making work and profiting from the violence and suffering of black and marginalised people”.

More recently, the art-critic group White Pube has referred to the artist on Twitter as a “white-functioning art-bro”, revising its phrasing in subsequent comments, saying that it “meant to reference [Thompson’s] proximity to whiteness[…] in the context of the UK and our art scene”.

But Peter Brunt, the co-curator of the Royal Academy of Arts’ Oceania exhibition, says that to characterise Thompson as “white-passing” is “offensive” in the context of the artist’s Fijian heritage. “It is a very problematic phrase to level at someone whose history has its own legacies of race, marginalisation and colonisation,” he says.

The row has erupted, Brunt suggests, due to the different discourses around race in the UK and the US. “People’s genealogies, histories, ethnicities and culture are not pinned to colour in quite the same way in the South Pacific,” he says. The curator stresses, however, that the debate is valid. “If you are not seen as a person of colour, there are obvious privileges.”

Conceived as part of a trilogy, Autoportrait is on display at Tate Britain with two other films; all are considered collaborations. Cemetery of Uniforms and Liveries (2016) shows Brandon, the grandson of Dorothy “Cherry” Groce, shot by police in her Brixton home in 1985, and Graeme, the son of Joy Gardner, who died in custody in 1993. A third video, _Human (2018), focuses on a sculpture made by the late UK artist Donald Rodney, using scraps of his own skin pinned together. Rodney suffered from sickle-cell anaemia, while Thompson also has a hereditary illness, Huntington’s disease.

Thompson produced Autoportrait during a residency at Chisenhale Gallery in London last year. He declined to comment for this article, but in a discussion with the gallery’s director, Polly Staple, in June, Thompson recounted how he was inspired by a 1989 show at Chisenhale of Rodney’s works, which included a picture of Groce. It was that encounter that led to Thompson contacting Groce’s and Gardner’s descendants.

While researching police brutality, Thompson came across Reynolds’s video. In November 2016, he established a conversation with Reynolds and her lawyer, proposing to collaborate on a work that could act as a “sister-image” to her video broadcast. After Thompson flew to Minnesota in January 2017, Reynolds agreed to the project, but due to legal restrictions imposed by the trial of the officer who shot Castile, “there was no way to work with testimony”, Thompson said in June. Portraying her as silent became “the only possibility”, which “dovetailed with this idea of what it is to just see you blink, to just see your breath”.

Megan Tamati-Quennell, a curator at New Zealand’s national museum Te Papa, points out that Thompson’s work has previously addressed “the racism faced in New Zealand by Maori and Pacific communities”. In 2012, he displayed three roller doors that had been tagged by the Manurewa teenager Pihema Cameron, who in 2008 was stabbed and killed by the owner of the property, Bruce Emery. “Luke is a very considered artist and works in consultation with his subjects or estates, gaining informed consent from his subjects for his work,” Tamati-Quennell says.

As Brunt notes, Thompson is “totally cognisant of the pain” of his subjects. “He has his own history of that pain, but he is working across identity lines, and that’s where the power is. It’s a very brave thing to do.”