Cyborgs and utopias: Arco looks to the future

Arco Madrid is changing strategy for its 37th edition 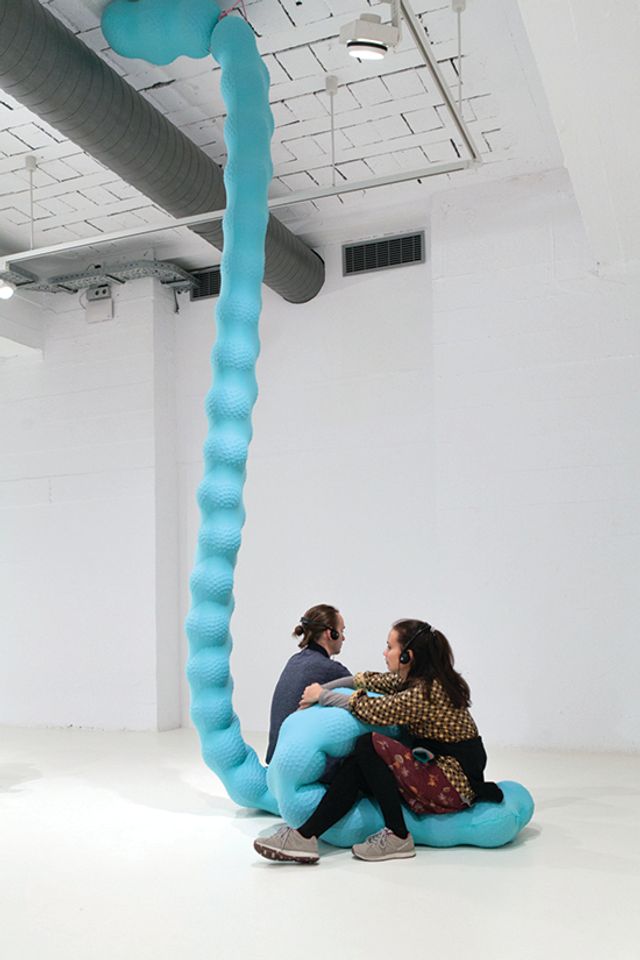 Eva Fàbregas: Picture yourself as a block of melting butter, 2017. Solo exhibition at Fundació Joan Miró, Barcelona, SP. The artist and Tenderpixel

Arco Madrid, Spain’s international contemporary art fair, is changing strategy for its 37th edition (21-25 February). Rather than highlighting a guest country or region among its 211 exhibitors, it is focusing on the concept of the future. Titled “What is going to happen is not ‘the future’, but what we are going to do”—inspired by a quote from Argentine writer Jorge Luis Borges—the section, curated by Chus Martínez, Elise Lammer and Rosa Lleó, features 20 galleries presenting solo shows of artists whose works consider the future in varying ways.

“The future should be understood as a philosophical question [and] the closest thing to the future is the continuous defence of the conditions that allow artists to work,” says Carlos Urroz, Arco Madrid’s managing director.

In practice, that theme plays out across works that address contemporary ideas of utopian possibility contrasted with current conditions.

At Galerie Emanuel Layr of Rome and Vienna is French artist Lili Reynaud-Dewar’s video, Beyond the Land of Minimal Possessions (2017). Set in Marfa, Texas, the “horror comedy” centres on eight young, struggling artists and deals with gentrification and the commodification of art, land, ideas and freedom.

Meanwhile, Galerie Crèvecoeur of Paris is displaying Argentine artist Adriana Minoliti’s cyborg paintings. “Adriana subverts the traditional codes of painting and reflects on issues such as the post-gender context and the future character of the cyborg, for which she is influenced by Donna Haraway’s cyborg manifesto,” says Alix Dionot-Morani, the co-owner of Galerie Crèvecoeur.

Finally, Spanish artist Alvaro Urbano (represented by Berlin’s ChertLüdde) has created “a scenario of architecture” based on Archizoom’s unrealised sketch Teatro Impossibile (Impossible Theatre, 1960) as the backdrop for the talks programme.