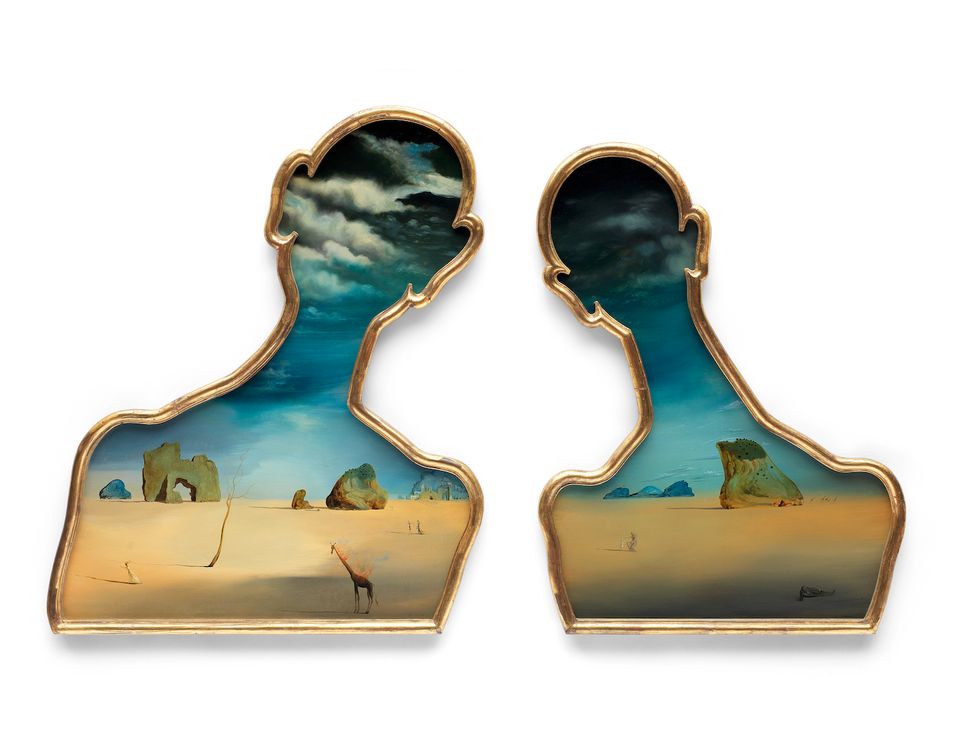 An Elysian diptych Salvador Dalí painted of himself and his wife Gala with their “heads full of clouds” is set to lead Bonhams's Impressionist and Modern Art sale in London on 26 March. Dalí made the oil-on-wood-panel painting Couple aux têtes pleines de nuages (1937) (est £7m-£10m) at the height of his Surrealist period, when the Spanish Civil War drove the artist to produce several pieces considered to be masterworks for their mesmeric portrayals of the unconscious mind and Freudian paradigms.

The work is being offered from the collection of the Fondazione Isabella Scelsi, the foundation of the descendants of Giacinto Scelsi, the Italian Modernist composer and aristocrat. The late composer was associated with the Surrealist circle from his time as a music student in Paris in the 1920s, and spent time with Dalí and Gala during their Italian holidays with the Surrealist patron Edward James in the late 1930s. The painting hung in the composer’s living room until his death in 1988, when his home was converted into a museum and the work went on long-term loan to the Museum of Modern and Contemporary Art of Trento and Rovereto.

Scholars believe—but have not confirmed—that Scelsi was not the original owner of the work, and that Dalí first gave the painting to the French poet Paul Éluard, Gala’s ex-husband, who then sold it to Scelsi (as Éluard, Gala and Dalí had an enduring but complicated relationship). Like many of Dali’s works, the painting is signed Gala Salvador Dalí to honour his wife.

The painting was shown at the Palazzo Grassi in 2004 and the Palazzo Reale in Milan in 2010. In 2018, the work was included in the exhibition Dalí/Duchamp at the Royal Academy of Arts in London, which explored the seemingly unlikely relationship between these two artists. A related double portrait of the same title, made in 1936, is on permanent display at the Museum Boijmans van Beuningen in Rotterdam.

The work is being offered at auction for the first time and without guarantee. In 2011, Sotheby’s London achieved the auction record for a work by Dalí with the oil on board painting Portrait de Paul Éluard (1929) that made £13.5m (est £6m-£8m).