E-Werk Luckenwalde will be powered with locally sourced biomass, with excess energy sold back to the grid 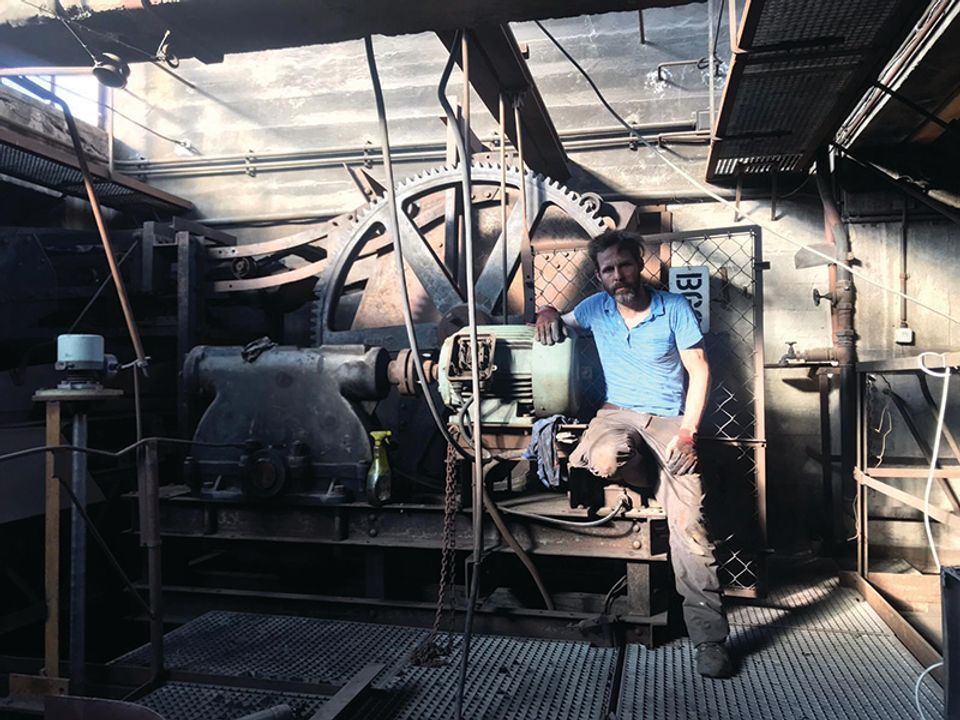 Transforming a disused power station into an art institution is nothing new. But on 14 September the contemporary arts centre E-Werk Luckenwalde will not only open exhibition galleries and studio spaces in a former brown coal power station 65km south of Berlin, it will also begin generating carbon-neutral electricity. Led by the artist Pablo Wendel and the curator Helen Turner, E-Werk Luckenwalde will power its own building with locally sourced biomass and sell the excess energy back to the grid to fund the whole enterprise.

Opening with an evening of performances hosted by the London-based festival Block Universe, E-Werk Luckenwalde will have an international programme that looks at “energy as a metaphor for art”, Turner says. The inaugural line-up includes a mixed-media commission by the UK artist Lucy Joyce in collaboration with local residents, an exhibition of functioning radiator sculptures by the French artist Nicolas Deshayes and an events pavilion designed by the Stuttgart-based group Umschichten.

The disused power station is owned by Performance Electrics, a non-profit founded by Wendel in 2012 that produces what he calls kunststrom (art electricity). The company generates electricity through works of art, such as a wind turbine sculpture made from old road signs that powers the Katzow Sculpture Park in northern Germany.

Wendel regards E-Werk Luckenwalde as a kind of Gesamtkunstwerk or “total work of art”, in which many of the building’s original coal engine room components have been preserved and upgraded with modern technology to “stage” biomass energy production as a “performance in itself”. The arts centre has additional support from the leading biomass provider Spanner Re2. Running at a quarter of capacity, Wendel estimates that E-Werk Luckenwalde will generate enough energy for more than 200 households.

A handful of small art institutions and 20 households have already signed up for “kunststrom”. But Turner has set her sights on another former power station. “I want Tate to sign up,” she says. After the UK museum declared a climate emergency in July, Turner invited it to join Performance Electrics in an Instagram post that was “liked” by Tate Modern’s director, Frances Morris.

E-Werk Luckenwalde received around €300,000 in state funding to convert the power station and launch its programme. But green energy is now “part of making the institution sustainable”, Turner says. “We don’t really want to rely on funding or commercial activities.”

Wendel—who as a student hit the headlines for dressing up as a Terracotta Warrior and joining the real ones in Xi’an, China, as a performance—jokes: “Normally people say, ‘turn your lights off, save some energy’. But I always say ‘no, leave it on—support the arts’.”