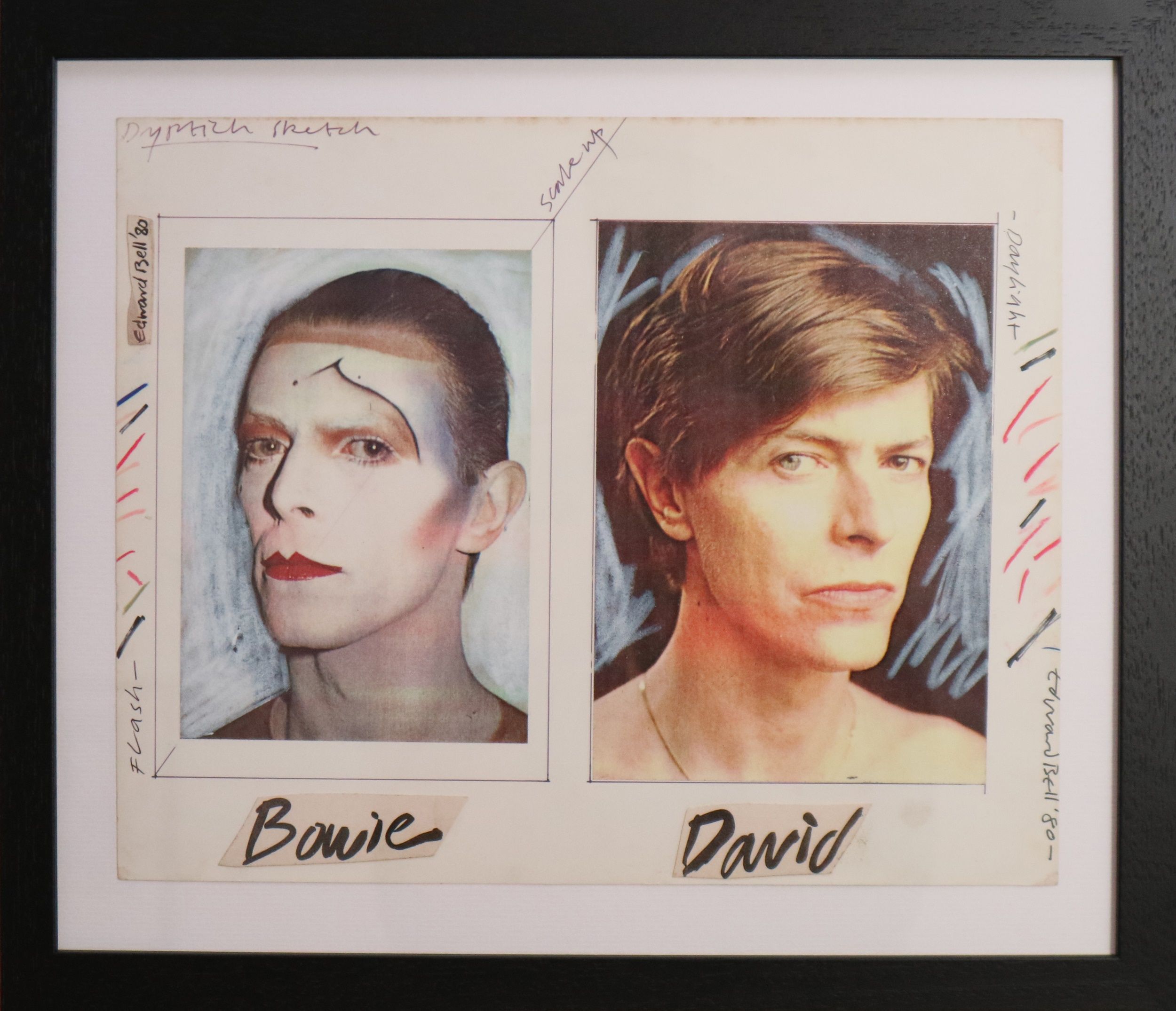 For David Bowie fans, it’s a dream come true: the chance to buy original artwork, designs, portraits, sculptures and band photoshoots from the personal collection of the artist who designed the cover of one of his most successful albums.

When Bowie commissioned Edward Bell to create the album artwork for Scary Monsters (and Super Creeps), the highly acclaimed album following the Berlin Trilogy, it was the beginning of a relationship that was to last into the 1990s, taking in the rock and pop chameleon’s Tin Machine period too.

The album marked Bowie’s transition to a more commercial approach to music making that was to bring him greatest success three years later with the album Let’s Dance and The Serious Moonlight tour.

Now, Halls Fine Art auction house in Shrewsbury, UK, have partnered with the Dory Gallery in Wales to present unique artworks—some personally inscribed by Bowie himself and all offered on the market for the first time—in a dedicated online auction under the title The David Bowie Collection of Artist Edward Bell. 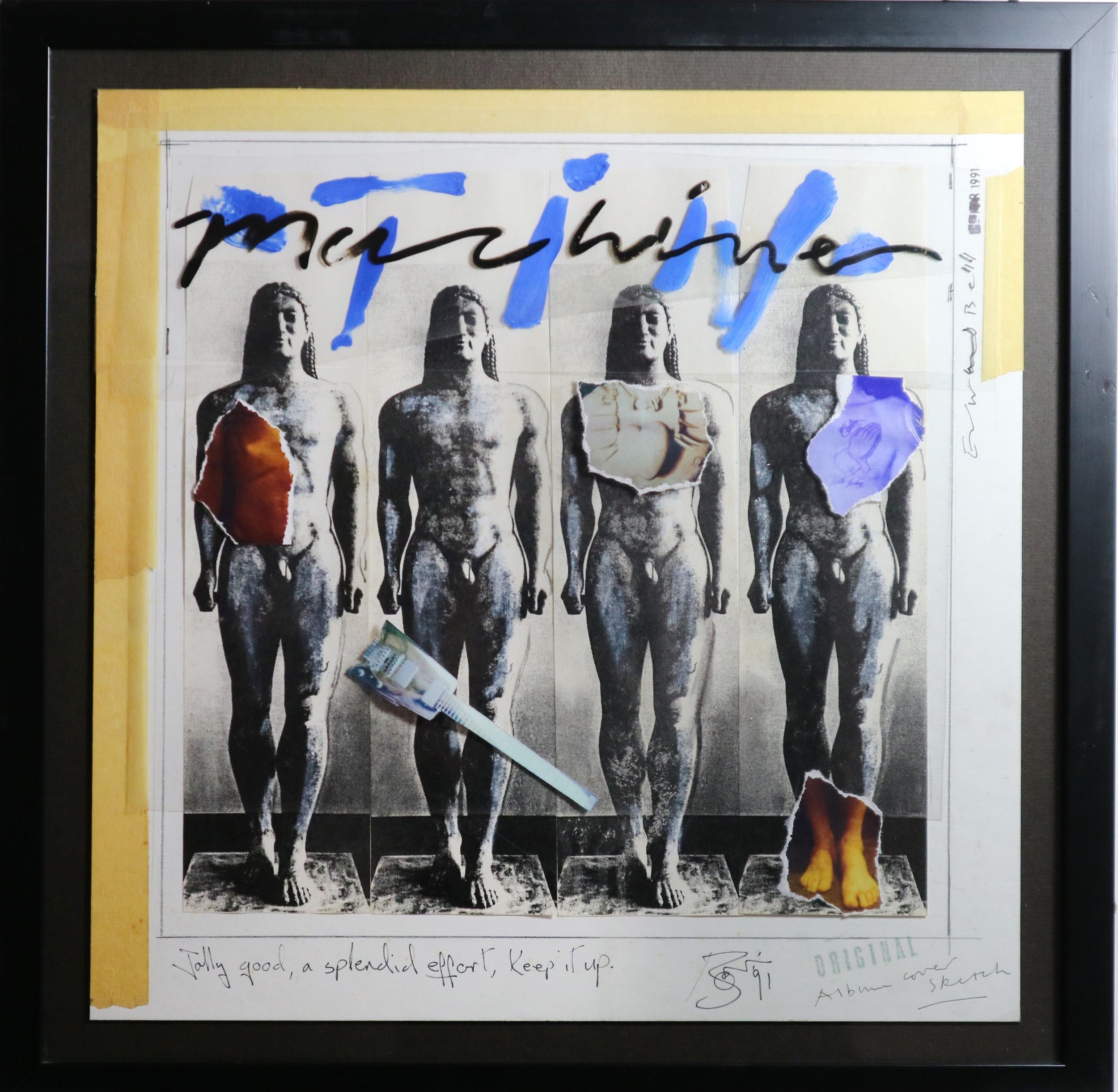 Pieces on offer include a series of portraits showing Bowie as Lazarus and the Savage Heart sculpture created to decorate the CD album cover for Tin Machine II.

Prices are accessible too, with much of what is on offer in the hundreds of pounds, rising to estimates of £1,000-£2,000 for the most sought-after pieces, including the Scary Monsters cover design proofs.