Despite a group of exhibitors describing Art Bahrain Across Borders as disappointing, royal patron says event will continue 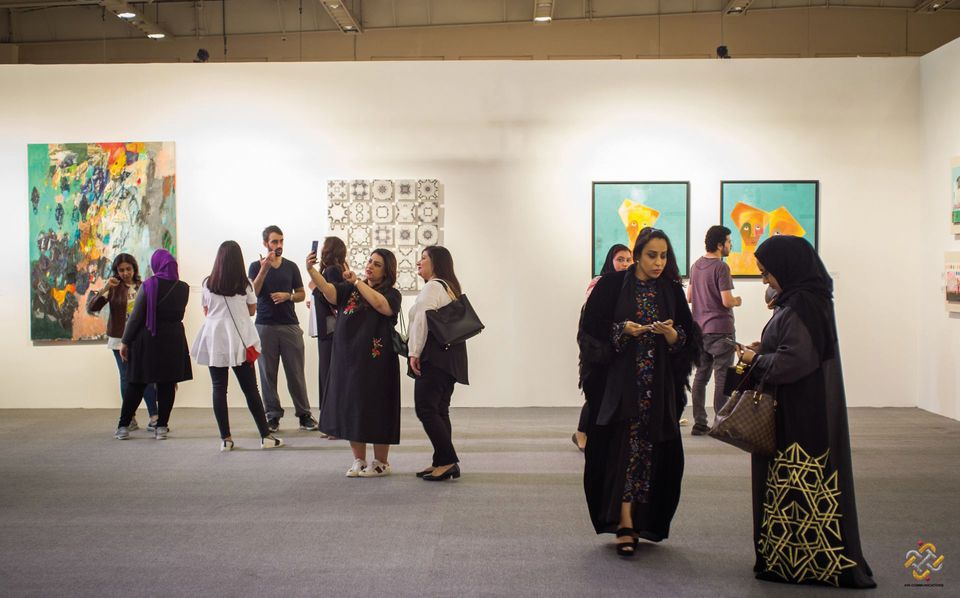 It was supposed to be Bahrain’s flagship cultural initiative, an art fair with international programming that would raise the profile of the Gulf State’s artists, diversify the economy and boost tourism. But after only three editions, Art Bahrain, now renamed Art Bahrain Across Borders, is facing accusations of unpaid invoices and chronic mismanagement from both exhibitors and former collaborators. The fair is “tarnishing the reputation of Bahrain”, says Janet Rady, a London-based dealer and adviser specialising in Middle Eastern art, who worked as head of development for the fair for its first two editions in October 2015 and March 2017. Its travails illustrate the difficulties of launching new fairs in emerging markets without grasping the complexities of commercial art events.

Art Bahrain Across Borders (ArtBAB) is patronised by the wife of the King of Bahrain, Princess Sabeeka bint Ibrahim Al Khalifa, and supported by Tamkeen, the nation’s economic development agency. “They are putting millions into arts programming, but it is being completely mismanaged,” Rady says. She is calling on ArtBAB’s organiser, Art Select, a Bahraini art advisory company led by Kaneka Subberwal, to cover its bills after the firm failed to pay her £2,700 for organising an exhibition of Bahraini contemporary art at the Saatchi Gallery in London last December as part of the fair’s international programming.

Subberwal says she is “surprised and disappointed” by Rady’s “unfounded” claims. Rady’s fee for organising the Saatchi gallery show was not agreed in advance, Subberwal says, and the sum she invoiced for “was over three times” what Subberwal had expected. She says she has paid Rady in instalments and will make the final outstanding payment “within the next month.”

The London-based photographer Susanne Hakuba is also owed money for photographing two events related to the Saatchi Gallery show last December. She was hired by the London firm Curzon PR which had, in turn, been engaged by Art Select to help manage the fair and its international programming. Curzon PR told Hakuba the £540 she is owed would come from Art Select, but Art Select says the money is owed by Curzon PR.

A spokeswoman from Curzon responded that it “encouraged all [service providers like Hakuba] to make sure that they received their full payment upfront”. However, as the fair took place in mid-December, she says Art Select took advantage of the Christmas break to claim “that they did not receive invoices in time and had closed their books”. She says: “Others were told that we had received their payment on their behalf and not forwarded it on to them. This is not at all true. All suppliers we received the payment for, we forwarded on”. The firm now insists on upfront payment from Art Select as it has had payment issues in the past, it says.

Money is also owed to David Hawkins, who worked as ArtBAB’s head of outreach and VIP relations for the second and third editions. He says he is trying to recoup “around £5,000” from Art Select but Subberwall says that “all payments [to Hawkins] were arranged directly through Curzon PR, who were responsible for paying any subcontractors. Curzon PR were paid in full and Art Select have now closed the books on this account.” Hawkins disputes this. “For the second edition of the fair and from October 2016 to the end of March 2017, I was a consultant direct to Kaneka’s company, Art Select [and] was based in Kaneka’s office in Bahrain for three months,” he says, adding that he has now hired a debt collector in Bahrain to recover the money owed to him and others. “Kaneka is giving a very bad reputation to Bahrain. She is frustrating all attempts to turn the country into a cultural hub,” Hawkins says.

The Copenhagen-based dealer David Risley, who took part in ArtBAB in 2017, also says he has tried, and failed, to recoup from Art Select around $5,000 for shipping costs, which the fair had promised to pay if he took part. “It’s the only reason I participated,” Risley says. Subberwal says she offered to pay Risley only 50% of his shipping costs but has not done so because the dealer has failed “to provide the shipping bill and proof that 50% of this had been paid by him”.

While the fallout over these relatively small unpaid sums raises questions about Art Select’s cash flow or, at least, their oversight of the firms they hire as collaborators, the fair has been plagued by bigger problems from the start. After the first edition in 2015, a group of dealers penned a scathing letter to Subberwal describing the fair as “a very disappointing experience”. They criticised Art Select for having organised “zero publicity” and complained about the lack of assistance for international dealers trying to get their art through customs, the absence of trained art handlers at the venue, and the lack of a VIP programme. “Top management had no clue what an art fair is… none of us were introduced to any potential collectors [from the region],” the dealers wrote.

Another major point of contention is that the fair allows artists to book their own stands with apparently little or no vetting. The latest edition of ArtBAB in March, for example, included just 15 galleries, and 29 stands were booked by artists directly to show their own work, a practice decried by the signatories of the 2015 letter. When asked if Art Select vets the artists who take part in the fair, a spokeswoman says: “There is certainly a vetting process and a selection committee for all elements of the fair.” However, when asked who sits on the vetting committee, she says: “Kaneka is unavailable for further comment” and that Art Select’s offices “have closed for the day.”

One of the signatories of the 2015 letter, Yaser Askar from the Ward Gallery in Dubai, says he was excited to take part in the first edition of the fair. But it was so bad, he says, “that there should have been no second edition”. While some of the issues raised by dealers in their 2015 letter have now been resolved (ArtBAB now has a PR company and VIP programme), others have not been addressed. For example, most stands are still booked directly by artists rather than dealers, although these have been moved to a section of the fair away from the galleries, Subberwal says.

Sheikha Maram Isa Al Khalifa, the director of the office of the wife of the King of Bahrain, said in an email that “the office of Her Royal Highness has signed a three-year contract with Art Select from the beginning of June 2017 until the end of May 2020 to organise the programme Art Bahrain Across Borders both in Bahrain and abroad…We are happy with everything Art Select has delivered so far.” The relationship, the email adds, will continue “for the duration of the current contract with a strong possibility of extending it further in the years to come”.

UPDATE: Following the original publication of this article, which went to press on 27 June 2018, on 29 June Janet Rady received payment in full for the amount of £2,700 from Art Select.

This article is the subject of a letter of complaint from Art Select and Ms Subberwal, who allege that it is defamatory and contains certain statements which are false. The Art Newspaper does not consider these complaints justified.