The fair's directors, meanwhile, say postponing or cancelling the fair “is a complex process” 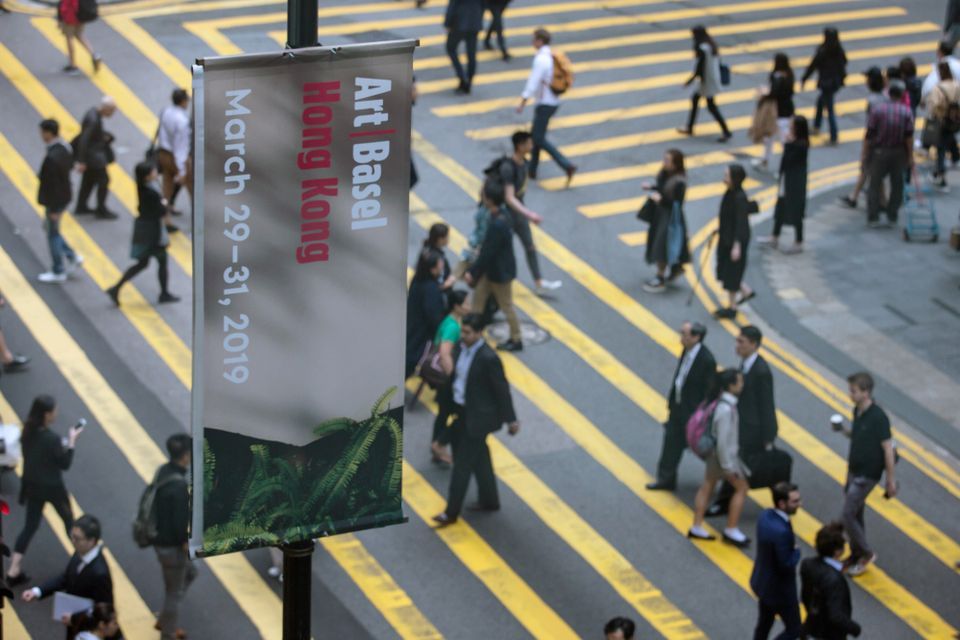 A growing number of dealers say they are not prepared to send staff to Art Basel in Hong Kong after the World Health Organisation (WHO) yesterday declared the coronavirus outbreak a “public health emergency of international concern”.

“I won’t ask my staff to work in an environment that has been declared a global health emergency by the WHO,” says the London dealer Richard Nagy. Another dealer, who prefers to remain anonymous, says: “As things are currently, I wouldn’t be able to insist that any of our team work the fair.”

Others are exercising caution, but say they will stand by whatever decision Art Basel takes. Thaddaeus Ropac says his gallery “will of course prioritise the wellbeing of our staff and also the clients we would ordinarily hope to be seeing at the fair”. He adds: “Ultimately we trust that the fair organisers will make the right decision in this situation, whatever that may be.” Mathieu Borysevicz, the owner of the Shanghai gallery Bank, says: “I believe that at this point it’s probably better to cancel the fair [so] as to avoid a high potential for disaster,” he says. “If the fair continues we as gallerists are obliged to put on a show but the audience and more importantly collectors have the option of not attending. That being said, we are poised to support Art Basel and their decision either way.”

Around an hour before the WHO’s announcement, Art Basel organisers—Marc Spiegler, the global director; Adeline Ooi, the director Asia; and Noah Horowitz, the director Americas—sent a letter to exhibitors saying they were “working hard to review all possible options”. They, along with other stakeholders and committee members, convened in Switzerland this week to discuss the future of the Hong Kong show.

The directors’ letter continues: “Needless to say, the contemplation of postponing or cancelling an event of this scale—which takes a full year to produce—is a complex process, with many factors and multiple stakeholders.” Cancelling the first edition of Art Basel in Miami Beach in 2001 after 9/11 cost the organisers an estimated $4m.

Art Basel’s parent company MCH has been on a cost-cutting drive over the past 18 months, so the prospect of cancelling the Hong Kong show is unlikely to be popular. Nonetheless, in an Extraordinary General Meeting earlier this week, MCH board members strongly rejected a proposal to divest in trade fairs, stating that MCH “plans to continue to expand in Asia and the United States”.

Before the outbreak of the virus, Art Basel in Hong Kong organisers offered to refund 75% of the booth cost in the event of cancellation, and also reduced the withdrawal fee (75% of the booth cost rather than 100%). Dealers had expressed concerns over a drop off in the number of collectors and patrons attending the fair this year because of ongoing pro-democracy protests, as well as threats to freedom of expression due to increased Chinese control in the semi-autonomous region

It is not clear whether the WHO’s declaration means Art Basel’s insurers are liable if the fair is cancelled as a result of the virus, as was suggested in The Canvas. According to the newsletter, 12 galleries confirmed that they will no longer be participating in this year’s fair.

None of the five dealers The Art Newspaper spoke to for this article have so far shipped works to Hong Kong. “We have elected to delay shipping. If the fair does happen we will now have to ship by air,” says one anonymous dealer.

In China, the death toll from the coronavirus has risen to more than 200 while the number of cases has jumped to more than 7,700. In Hong Kong, where 12 cases have been confirmed, museums and schools have been closed. There has also been widespread cancellation of flights in and out of Hong Kong.

David Zwirner told ArtNews that he has pulled his Luc Tuymans exhibition, which was due to open in Hong Kong to coincide with the fair. The show will be moved to another of the gallery’s territories. Pace Gallery’s Hong Kong outpost is also closed until 4 February “due to the coronavirus outbreak”.

Other institutions to have been affected by the virus include the new X Museum, which was due to open in Beijing on 17 March. On a post on Instagram, the co-founder Michael Xufu Huang says: “In order to fully co-operate with the prevention and control of the outbreak, the opening […] has been delayed.” The VIP preview and dinner on 15 March have also been postponed indefinitely. Meanwhile, the CAFA Art Museum has postponed its inaugural triennial.

about 8 hours ago
Culture injection: Coronavirus vaccination centres in Germany are giving patients a dose of art