Starting in 1983 as publications coordinator, she spent most of her three decades at the Getty overseeing its grant-making programmes 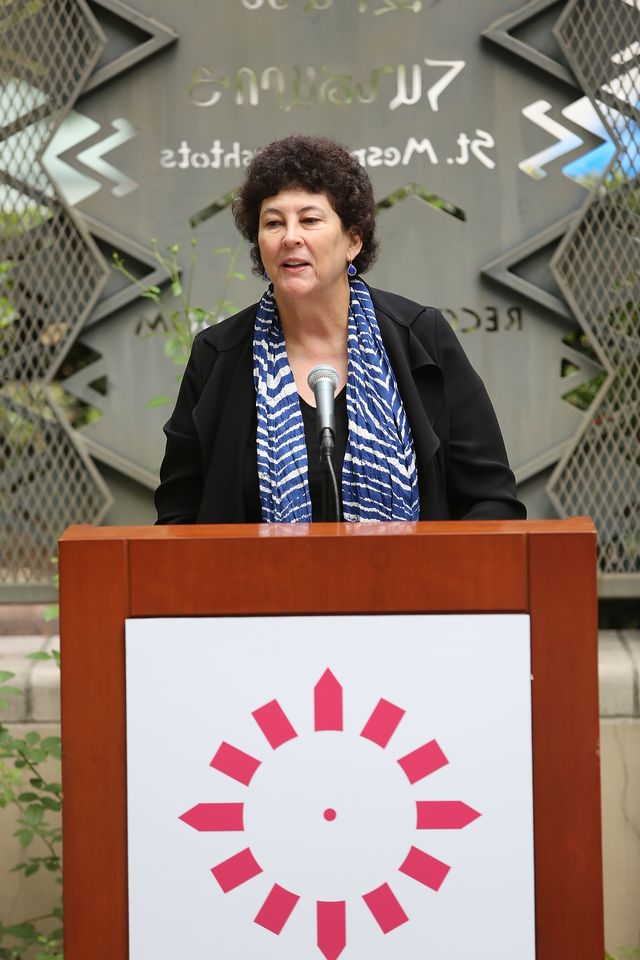 Deborah Marrow, the Director the Getty Foundation speaking during a press conference on the economic impact of Pacific Standard Time: Art In L.A., 1945-1980 in 2012 Photo: Ryan Miller/Invision/AP

Deborah Marrow, who was the J. Paul Getty Trust’s longest-serving executive and retired as director of the Getty Foundation last December, died early Tuesday, the organisation said today. She was 70 years old.

Marrow joined the Getty in 1983 as publications coordinator and spent most of more than three decades at the Getty overseeing the grant-making programmes of the foundation and the trust, financing art scholarship, conservation and museum projects internationally. She also served for two stints as interim president of the trust during rocky periods for the organisation. “I certainly didn’t think I would stay on for 35 years,” Marrow told The Art Newspaper in an interview ahead of her retirement. “I thought I would be a university professor or museum curator, but when the Getty came my way, it seemed too interesting an opportunity to pass by, and it has been amazing. It turned me from a specialist in 17th-century European art into a generalist responsible for giving grants. It gave me the opportunity to think about art and architecture across the entire world.”

Among the projects Marrow helped lead was the Panel Paintings Initiative, which trained young conservators to preserve works of art on wood panels—a personal delight for her as a specialist in Baroque painting, the organisation said. The Getty also launched Mosaikon under Marrow’s leadership, a joint effort with the Getty Conservation Institute and outside partners to bolster the preservation of ancient mosaics across the Mediterranean Basin. After the fall of the Berlin Wall, the Central and Eastern European Initiative supported scholars and libraries in the region, and after Hurricane Katrina, the Fund for New Orleans provided assistance to the storm-ravaged city’s cultural institutions.

“Deborah possessed a rigorous and generous intellect and embodied the Getty’s global commitment to the visual arts,” said Joan Weinstein, who succeeded Marrow as director of the Getty Foundation, in a statement. “She was a mentor and a friend, who nurtured not only my career but those of countless other women in the arts. She led the Getty Foundation with honesty, integrity and compassion.”