Speculation remains over whether Salvator Mundi will appear 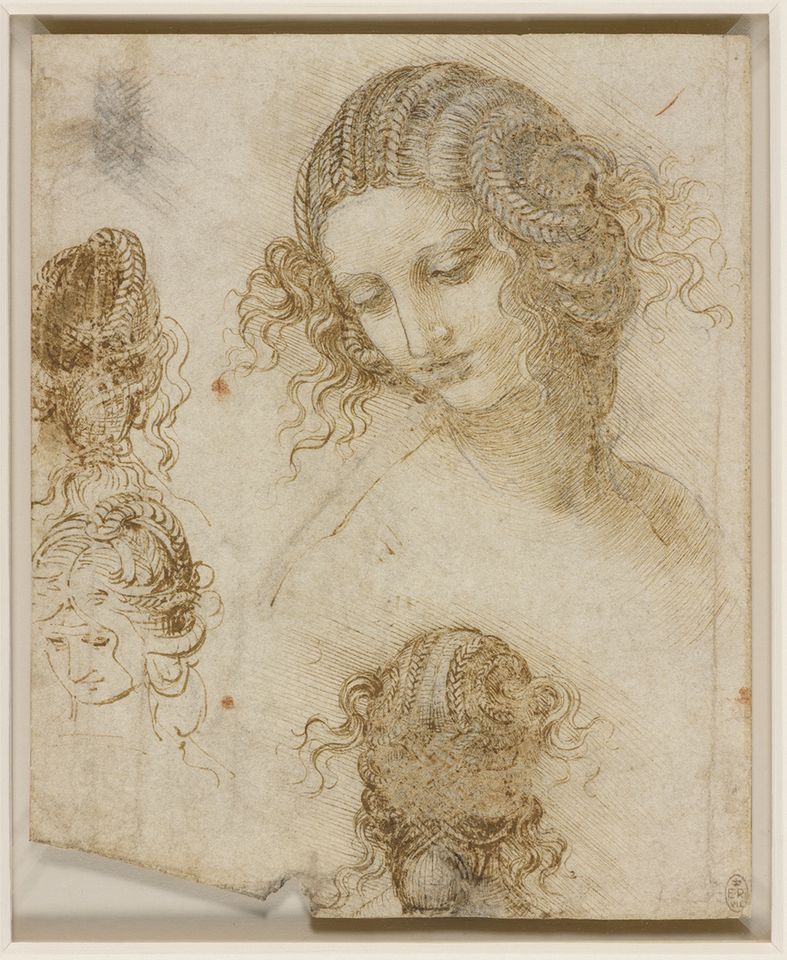 The head of Leda (around 1505-08), a study for Leonardo’s missing Leda and the Swan, is one of 23 works to be lent to the Louvre show by the Royal Collection Royal Collection Trust, © Her Majesty Queen Elizabeth II 2019

Britain will be the largest international lender to the Louvre’s Leonardo exhibition, marking the 500th anniversary of the artist’s death, when it opens on 24 October. Despite the looming Brexit deadline, the UK will send around 40 works, a quarter of the exhibition total, across the Channel to France for the show. “Britain, ironically in this moment of Brexit, is the most important lender,” says Louvre curator Vincent Delieuvin.

There will be 23 works from the Royal Collection (including studies for the lost Battle of Anghiari (1505) and Leda and the Swan (1505-10)), five from the British Museum, two from Christ Church Picture Gallery, Oxford, and others from the Ashmolean Museum, Oxford, London’s Courtauld Institute, Fitzwilliam Museum, Cambridge, and National Galleries of Scotland, as well as the Codex Arundel from the British Library. Although not announced, the National Gallery will be lending the Burlington House Cartoon —Virgin and Child with St Anne and St John the Baptist (1499-1500)—which had been bought from the Royal Academy of Arts in 1962; the painting of Tobias and the Angel (1470-80) by Leonardo’s master Verrocchio and studio; and the Portrait of a Young Man (around 1520) by Leonardo’s pupil Marco d’Oggiono.

The National Gallery’s version of The Virgin of the Rocks, however, is remaining in London, where it will be the centrepiece of a special presentation (9 November-12 January 2020). Although accepted by the gallery as a Leonardo, the Louvre’s curators believe that it was painted by a pupil under the master’s supervision.

Aside from works on paper, the Musée du Louvre has been unusually quiet about revealing which paintings will be coming for its anticipated blockbuster, although an announcement is expected shortly.

Last year the Louvre’s director Jean-Luc Martinez said that “the goal is to gather the greatest number of works by Leonardo”. With paintings, this is an immense challenge, since there are only 15 or so that are fairly universally accepted as from the master’s hand.

The Louvre owns a third of the paintings, providing an essential basis for a show. As for the ten or so other Leonardos outside France, there have been tough negotiations and the Louvre has faced some disappointments. Poland’s Czartoryski Museum has declined its Lady with an Ermine (1489-90). The Krakow museum is due to reopen in December after nearly a decade of renovations and the Leonardo portrait is its star attraction.

The Hermitage in Saint Petersburg has two paintings, the Benois Madonna (1478-80) and the Litta Madonna (1490). The Louvre has requested the Benois Madonna, and it is hoped that it will be coming. The Litta Madonna will not go to the Louvre, since it will be the centrepiece of the exhibition Around Leonardo: The Madonna Litta and the Master’s Workshop at Milan’s Museo Poldi  Pezzoli (8 November-10 February 2020). Its status is controversial, with many specialists regarding it as a studio work.

There are three important Leonardo works in Italy: Annunciation (1472-75) and Adoration of the Magi (1481) (both Uffizi, Florence), and the Portrait of a Musician (1485) (Pinacoteca Ambrosiana, Milan). These loans have proved problematic, since a political row developed after the Italian government said that it would not lend its Leonardos to France unless the French loaned their Raphaels to Italy for the 500th anniversary of his death in 2020. The Louvre did not formally request the Adoration of the Magi, possibly because they understood it would be refused. As for the Portrait of a Musician, it is understood that Milan—where Leonardo worked in his early years—would be very reluctant to lose a key work in this anniversary year. The loan of the Saint Jerome (1480) to the Louvre from the Vatican, however, has been secured.

The situation regarding the Portrait of Ginevra de’Benci (1474-78) (National Gallery of Art, Washington, DC) and the Madonna of the Carnation (1478-80) (Alte Pinakothek, Munich) remains unclear. But the biggest question is whether the Louvre exhibition will include the Salvator Mundi (around 1500), which sold for $450m in 2017 and was bought for the Louvre Abu Dhabi. The painting was scheduled to go on display in Abu Dhabi a year ago, but this was cancelled at the last minute and its whereabouts remain a mystery.

With all these challenges, Delieuvin would be doing well if he succeeds in reassembling two-thirds of the 15 or so Leonardo paintings in addition to the riches from British and French collections.