Artist’s standing ovation (and micturation) Massage your ego at the Kunsthaus Baselland courtesy of the Basque performance artist Itziar Okariz, whose sound installation Applause invites visitors to activate a crescendo of clapping that endures for a reassuring seven-and-a-half minutes. It also supplies an inadvertent soundtrack to the artist’s notorious early work next door, To Pee in Public or Private Spaces. Between 2000 and 2004, Okariz filmed herself copiously urinating in public places, including the Brooklyn Bridge and a Queens subway station. The fact that she managed to perform these interventions while defiantly standing up—and, in one instance, with her infant daughter strapped to her front—surely deserves an enthusiastic round of applause. 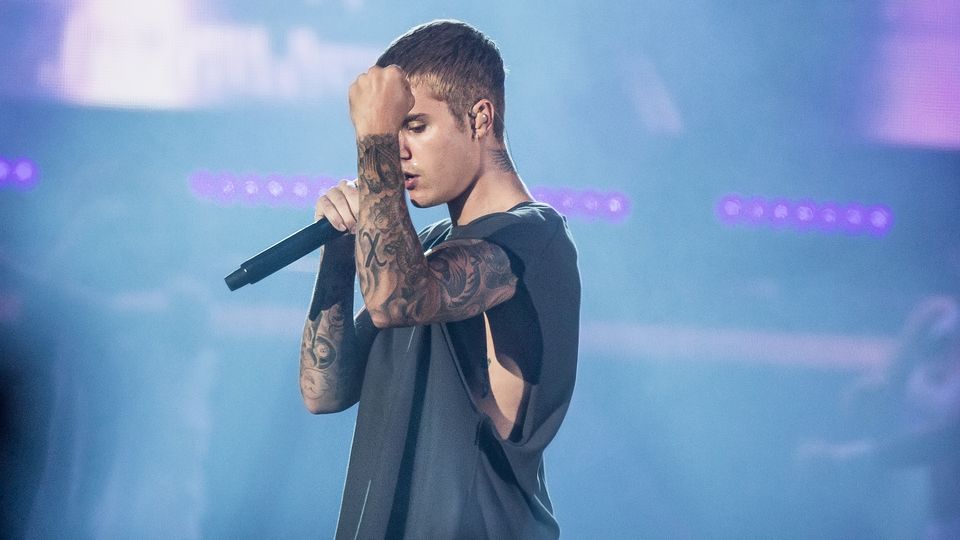 Where Are U Now, Justin Bieber? The question on everyone’s lips this week is: will Justin Bieber rock up at Art Basel? The Canadian pop Heartbreaker is rumoured to be staying at Basel’s swish Les Trois Rois hotel, no doubt rubbing shoulders with the fair’s top-notch dealers and collectors. Beliebers are praying that their Baby, who is due to perform at the Stade de Suisse in Bern tonight, will find some time in his busy schedule to grace the aisles. In 2012, the singer apparently bought a painting by Holton Rower at a New York gallery, so he really does Believe in the power of art. Never Say Never. 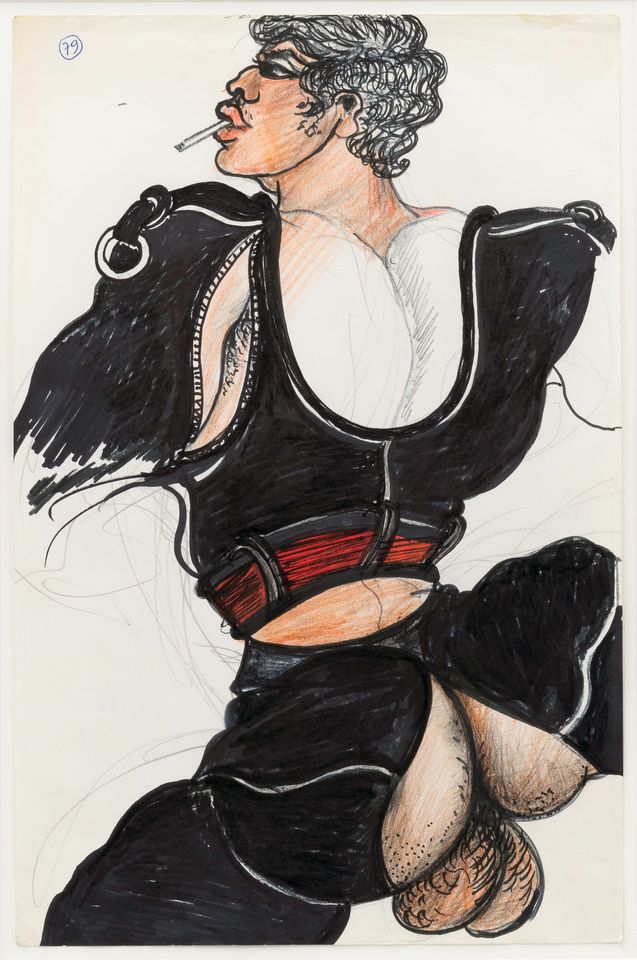 One of the macho men in Yves Saint Laurent's YSL Erotique (1968-72) (Photo: Stefan Korte, courtesy of a private collection and Galerie Neu)

Yves Saint Laurent’s macho men exposed A major talking point at this year’s fair is the wall full of explicit erotic drawings by Yves Saint Laurent at Galerie Neu. Better known for iconic fashion designs such as the Le Smoking tuxedo suit, the great French couturier made these vigorous images of generously endowed young men between 1968 and 1972, giving more than 300 to his former driver and lover Fabrice Thomas in the 1980s. Since Saint Laurent’s death in 2008, these works (which one collector waggishly described as “putting the cock into Cocteau”) have been shrouded in secrecy, with those close to him reluctant to release such intimate expressions into the public domain. Rarely seen until now, their art fair debut is attracting keen interest from those eager to buy into the enduring legend of YSL. 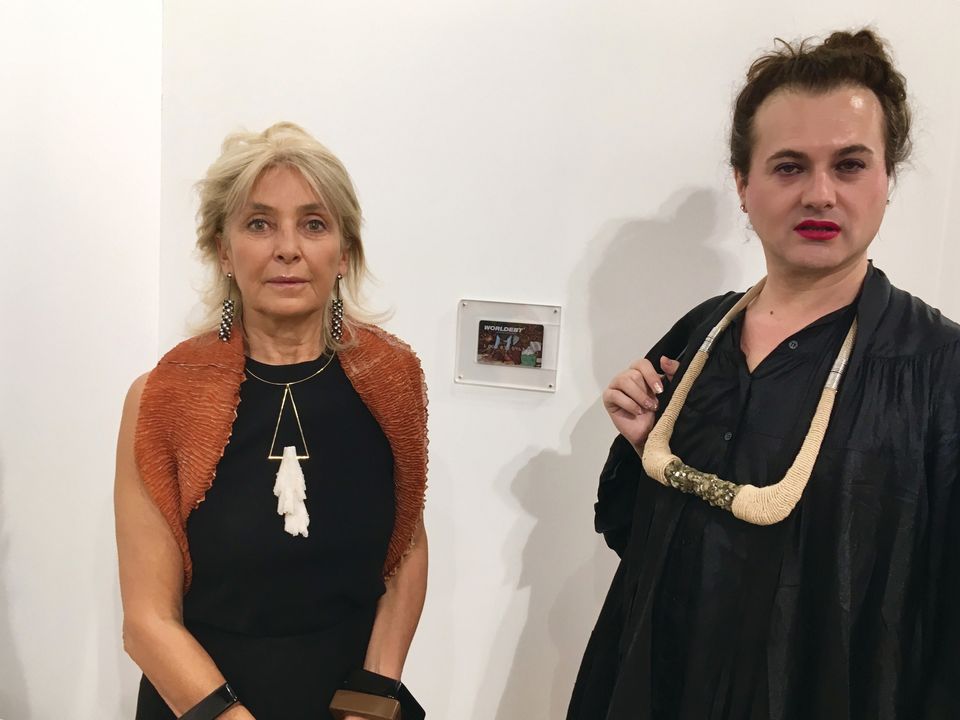 Swellegant sculptures Patronne extraordinaire, Nicoletta Fiorucci, and Milovan Farronato, the director of the Fiorucci Art Trust (above), are no slouches in the personal style department. And for this edition of Art Basel they are even more elegant than usual, adorned with the wearable oeuvre of Christodoulos Panayiotou. The Cypriot artist’s untitled Parcours project has no location but involves bedecking selected individuals with his distinctive works throughout the fair. These unique pieces are fashioned from what he calls “atypical minerals” and function as part sculpture, part jewellery and part performance, with Panayiotou instructing his models to “turn them into events”. The grand finale to this moveable feast was held last night at Museumbistro Rollerhof, where all the participants gathered together for one hour only—a sight for the sorest of eyes. 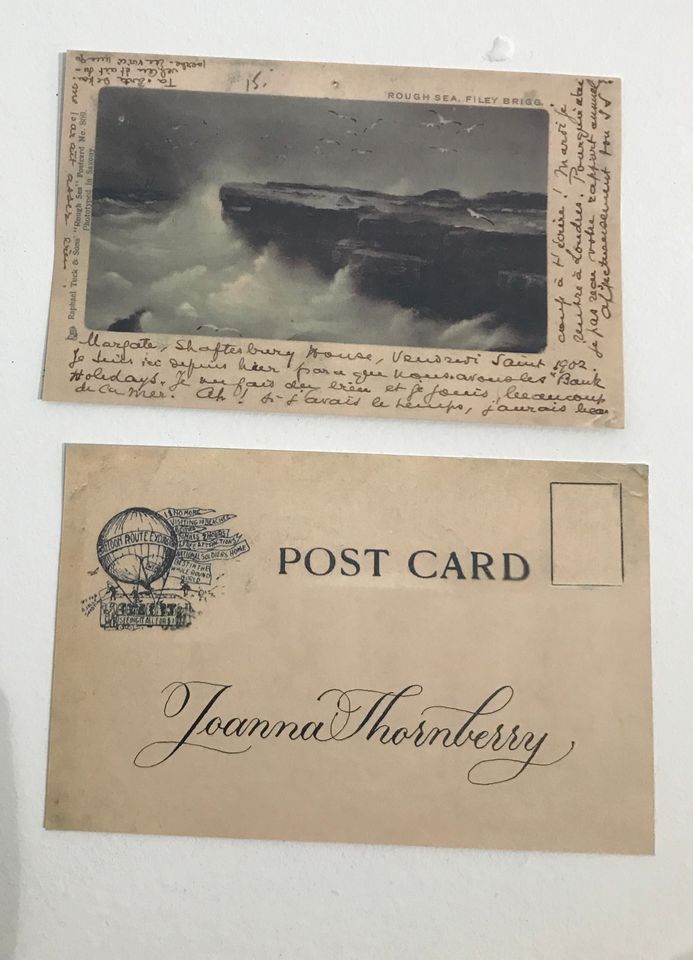 Susan Hiller’s postcards from the edge  Lisson Gallery hosted a jolly dinner in Basel earlier this week to celebrate its 50th anniversary and forthcoming off-site autumn show at The Store Studios in London. Guests were treated to personalised place names calligraphed on facsimile vintage postcards from the artist Susan Hiller’s collection of Rough Sea vistas. At the end of the night, Hiller—who has installed a Wurlitzer jukebox in Art Basel’s Unlimited section (Die Gedanken sind frei, 2012)—gathered up all the unwanted cards, and vowed to make a future work out of the hoard. The title? The Rejects, naturally.