“An exhibition with such strong commentary on race cannot be done by all white curators,” says NGA chief Kaywin Feldman 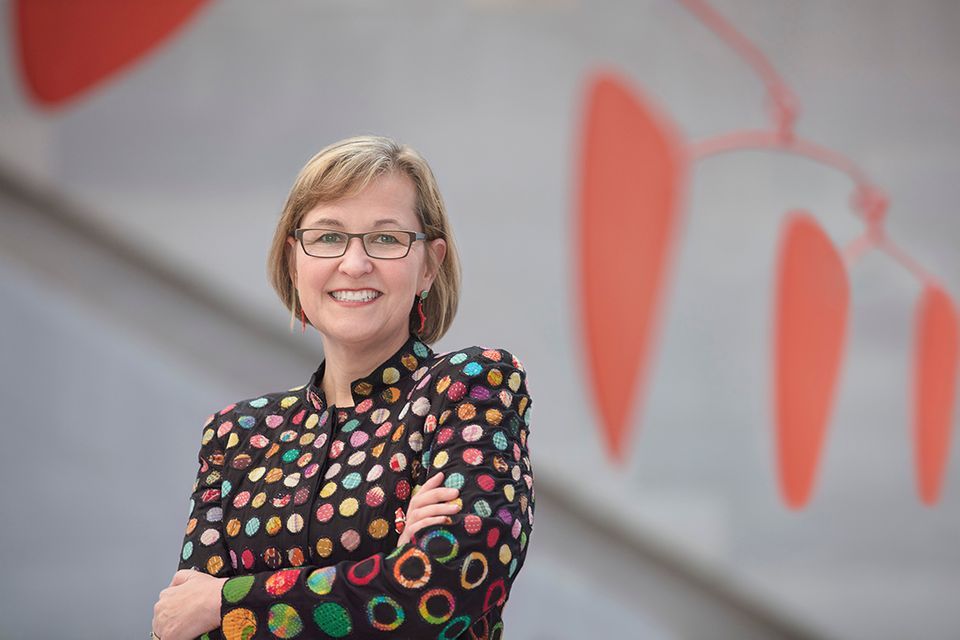 The directors of Tate and the National Gallery of Art, Washington (NGA), have outlined their reasons for postponing the exhibition Philip Guston Now until 2024 after critics and scholars heavily criticised the move, igniting a debate about race, censorship and how institutions interpret the artist’s work.

Kaywin Feldman, director of the National Gallery of Art, Washington DC, told the Hyperallergic podcast that “it just felt like this was a tough time in America to do this exhibition, particularly at this moment”, stressing that the show cannot move forward with all-white curatorial teams. Meanwhile, the directors of Tate say in a letter to the Times newspaper (3 October) that proceeding “would not have been possible for financial and logistical reasons”.

In a joint statement issued on 21 September, the directors of all four museums due to host the exhibition—Tate; National Gallery of Art; Museum of Fine Arts, Boston; and the Museum of Fine Arts, Houston—outlined that the reason for the postponement is “the racial justice movement that started in the US… in addition to challenges of a global health crisis”.

Though it was not referred to explicitly in the statement issued by the museums, it seems that Guston’s paintings and drawings featuring hooded figures evoking the Ku Klux Klan (KKK) were the issue. A wave of condemnation followed from art world figures including Mark Godfrey, who was due to curate the Guston show at Tate Modern.

Feldman primarily addresses the issue of diversity amongst the curatorial teams responsible for the show. “Number one in today’s America—because Guston appropriated images of black trauma—[is that] the show needs to be about more than Guston. And we weren’t prepared for that. And that’s one of the reasons why I just want to pause and just think about what that means. Also, related [to this], an exhibition with such strong commentary on race cannot be done by all white curators. Everybody involved in this project is white,” she says. “We definitely need some curators of colour working on the project with us. I think all four museums agree with that statement.”

She adds: “I do think it’s part of the learning journey of institutions [after the death of George Floyd]. I don’t give a single public presentation anymore without acknowledging by 2043, America will be majority people of colour…. Museums that haven’t stepped up to that, do so to their peril.”

Hyperallergic host Hrag Vartanian asks Feldman how she will seek input from Black curators and other arts professionals at this later stage. “Part of the challenge of all of this is that these are four museums, we all have really different realities, different communities, funding structures. We are at different positions in our diversity and inclusion journey. It’s really hard to find a one size-fits-all for all of us, so we’re still trying to figure out how much of the project is core…. There is that complication of how much we’ll be working together or separately,” she says.

In a letter issued last week by the non-profit Brooklyn Rail, more than 100 artists and scholars said that “the people who run our great institutions… lack faith in the intelligence of their audience.” Feldman tackles the issue of audience reaction, saying: “I think asserting that the audience should understand our point of view—[that is] curators—while we disown their point of view is, I think, disrespectful to audiences, and I’m not negating curatorial voice and curatorial authority, it’s not an ‘either/or’, it’s a ‘yes/and’.”

She discusses the Guston saga in the context of the censorship rows over Scaffold (2012) by Sam Durant and Dana Schutz’s painting of Emmett Till (Open Casket, 2016). “I think that some of what the art world does not recognise is that the pain is not controversy, the pain is understanding that you have unknowingly caused other people harm, you’ve pained them. I had the same conversation with Adam Weinberg [director of the Whitney Museum of American Art] and he talked about the Dana Schutz issue. He very emotionally said, ‘I caused people pain’,” Feldman says.

“Olga has the same story [Olga Viso, former executive director of the Walker Art Center] … It was all because they did not have the conversations with the community on the front end. It seemed like that was such a lightning moment for the field and that we were all going to learn from it. But here we are now and I guess we didn’t learn so much.”

Feldman plans to have “more advisory groups on the front end. We are in the process of diversifying staff at the gallery” (the institution recently hired a new diversity, inclusion and belonging officer). The NGA museum board has also adopted a new vision statement: “Of the nation and for all the people.”

Feldman points out that she is relatively new to the institution—she was appointed December 2018— and stresses that “we need to do a lot more work together, to think about how we present exhibitions, who we listen to.” She also says that the Guston show could run earlier than 2024. “It might be a little earlier, we want to get past Covid. To do this work, we have to have tough conversations, [it’s] hard to have tough conversations on Zoom.”

Meanwhile, Maria Balshaw, director of Tate, and Frances Morris, director of Tate Modern, responded to accusations made by the Times columnist David Aaronovitch ("The Tate is guilty of cowardly self-censorship"). Balshaw and Morris say in their letter: “Tate does not self-censor, contrary to Aaronovitch’s article (30 September) on the postponement of the Philip Guston exhibition organised by the National Gallery Washington with Boston, Houston and Tate Modern. This decision was made in response to the volatile climate in the US over race equality and representation. KKK imagery remains deeply offensive and painful, and ‘ownership’ of representation has never been more contested. For the US institutions their very credibility among black and minority ethnic audiences is at stake.

“Proceeding on our own would not have been possible for financial and logistical reasons and would have been disrespectful to our partner museums. We are acutely aware of the disappointment generated by the postponement and remain committed to Guston and to introducing his work to a broader public.”