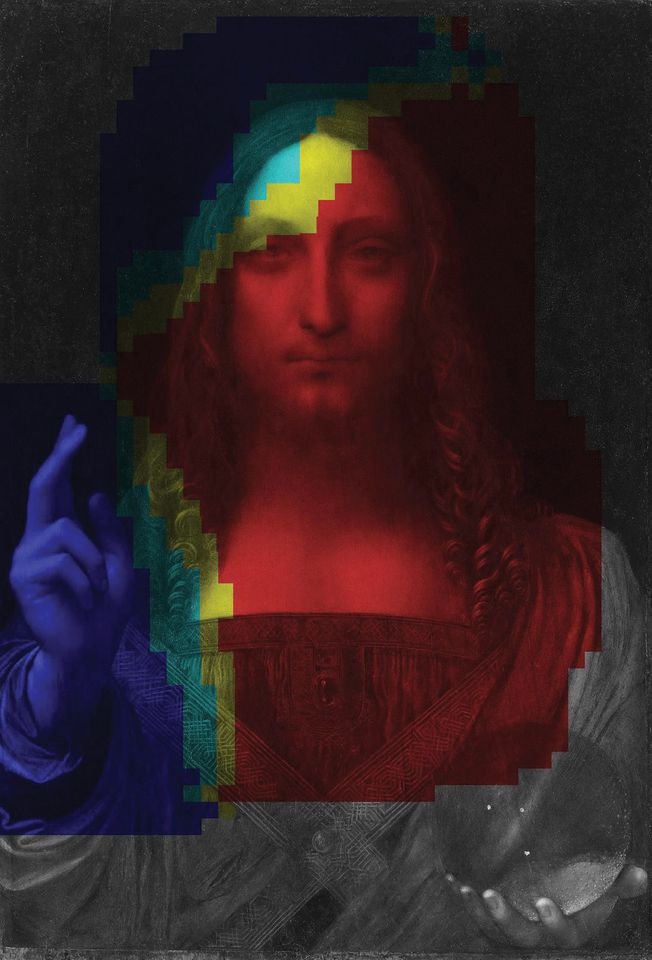 Two examinations of Leonardo’s Salvator Mundi suggest that it was initially conceived as just a head and shoulders, with the hands and arms added later on. © CNN ANALYSIS

What is the most characteristic element of a Salvator Mundi, the archetypal image of Christ as Saviour of the World? It is Christ’s right hand raised in blessing. The left hand cradling an orb completes the type, which was fashionable in north-eastern Italy from around 1500, originating in Northern Europe.

But now, two very different kinds of examination of Leonardo’s enigmatic picture, which sold for $450m at Christie’s New York in 2017 and is now owned by the Saudi Arabian culture ministry, suggest that this “Salvator Mundi” was initially conceived as just a head and shoulders, with the hands and arms added later on. One analysis was conducted by the Louvre’s experts, when Saudi Arabia’s Ministry of Culture permitted detailed scientific analysis of its picture in 2018; the other was conducted by a computer scientist and an art historian, and has just been accepted for publication in The MIT Press’s Leonardo journal. The computer-generated findings go further in their conclusions, classifying the blessing arm and hand as strongly “not Leonardo”.

The results of the Louvre analysis have not been publicly scrutinised: they are the subject of a book produced in the latter part of 2019, whose publication was cancelled when the loan of the picture to the Louvre’s Leonardo exhibition was refused. (The museum is barred from commenting on privately owned paintings that it has not displayed.) The Art Newspaper revealed the existence of stray copies of the book last year and has now seen a further copy, enabling us to report on the modifications made during the picture’s evolution. Key to the book’s conclusions is a preface by the Louvre’s president Jean-Luc Martinez, in which he fully supports the attribution to Leonardo. 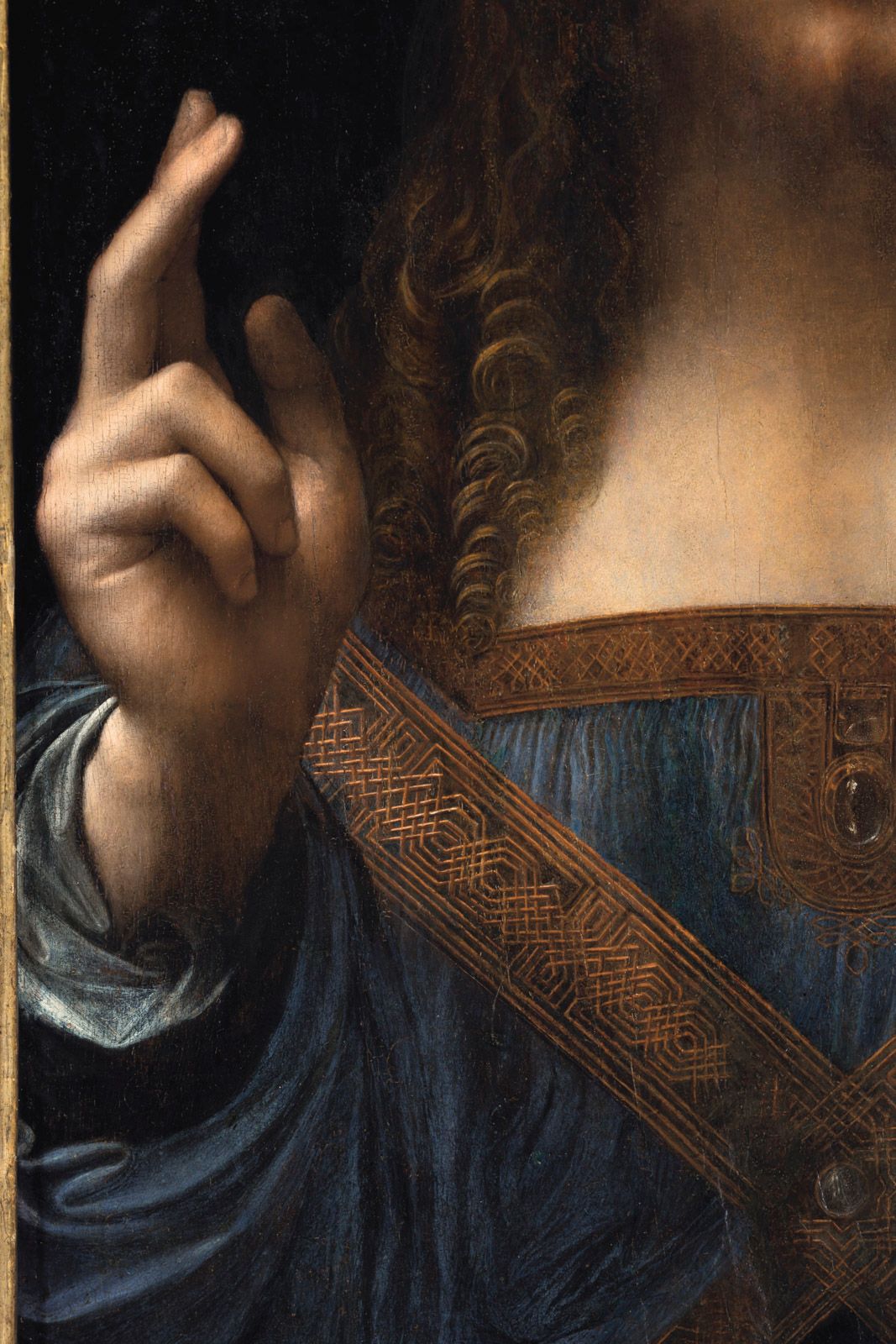 Prior to the Louvre’s examination, the website of Dianne Modestini—the restorer who worked on the Salvator Mundi before its Christie’s sale—has been the authoritative source of scientific information. In a section called “The Order of Painting”, she suggests that the head and blessing hand belong to the same evolutionary stage of the picture. She discusses the “black wash” behind the upper part of the hand, speculating that it was originally in a lower position.

However, the Louvre’s curatorial and restoration experts—Vincent Delieuvin, Myriam Eveno and Elisabeth Ravaud—, appear to contradict Modestini’s view. They state that, because the upper part of the blessing hand is painted directly on top of the black background, unlike the rest of the picture, this “proves that Leonardo has not envisaged it at the beginning of the pictorial execution”. This darker area behind the hand was noted in a Sotheby’s valuation of the picture in January 2015, which was highlighted in Ben Lewis’s 2019 book The Last Leonardo and identified as “meriting further investigation” in the Heritage Science Journal in April 2020.

The Louvre’s 2018 analysis concludes that the picture evolved slowly, and that Leonardo may have added the blessing arm and hand after a time lapse. Comparison with the Mona Lisa and the theories around that painting’s four phases of execution help support this view. The Louvre experts therefore ask “if there [was] not an initial more hieratic project, or perhaps no [blessing] hand appeared”. They believe, however, that this “substantial” modification occurred early enough in the process for Leonardo to subsequently apply other layers to the black background around it. 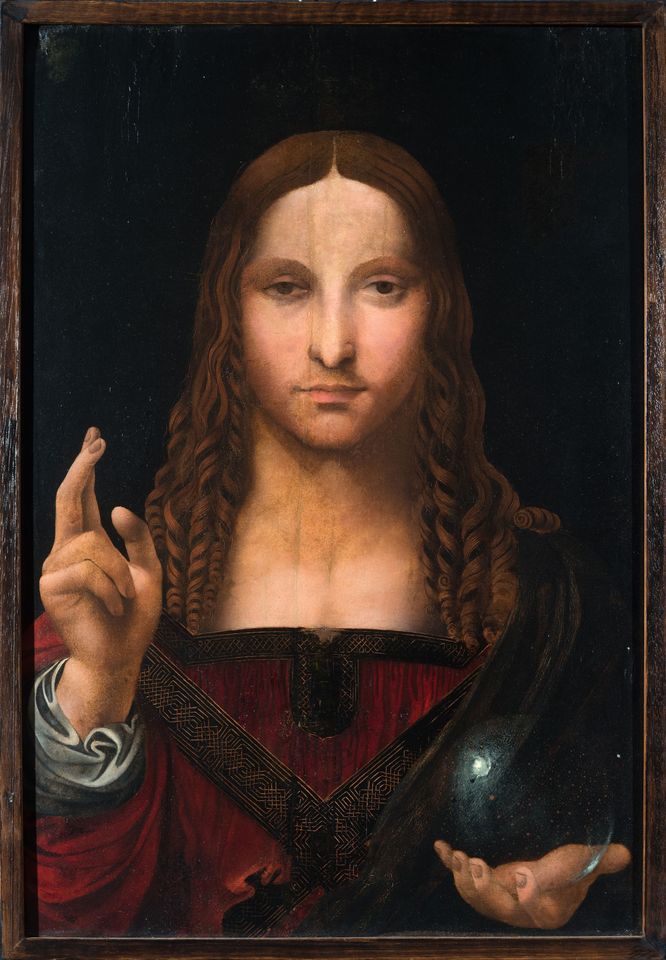 The Naples Salvator Mundi (around 1508-13) is attributed to a follower of Leonardo, likely Salaì © SAN DOMENICO MAGGIORE, NAPLES

The Louvre book also raises questions regarding the left hand holding the orb. It refutes the claim that the orb is made of rock crystal, which—for some—is a key element in the attribution to Leonardo. For the Louvre team, the little circular forms at the lower base of the orb convincingly represent air bubbles imprisoned in glass. They also remark that the globe has a double contour and that the fingers of the hand were originally in a higher position (as noted by Modestini).

Fascinatingly, a superb recently restored Salvator Mundi dating from around 1508 to 1513, in San Domenico Maggiore, Naples—which Modestini thinks could be by Leonardo’s pupil Salai—shows the orb hand in the higher position, suggesting that it chronologically preceded the late-stage revision in the Saudi version. (The Naples picture was recently reported stolen and then retrieved.) This suggests that there may have been an initial batch of Salvator Mundi pictures, produced as a creative studio effort, a theory first suggested by the restorer and curator Antonio Forcellino in the catalogue of his exhibition Leonardo a Roma: Influenza e Eredita, held at Rome’s Villa Farnesina last year. 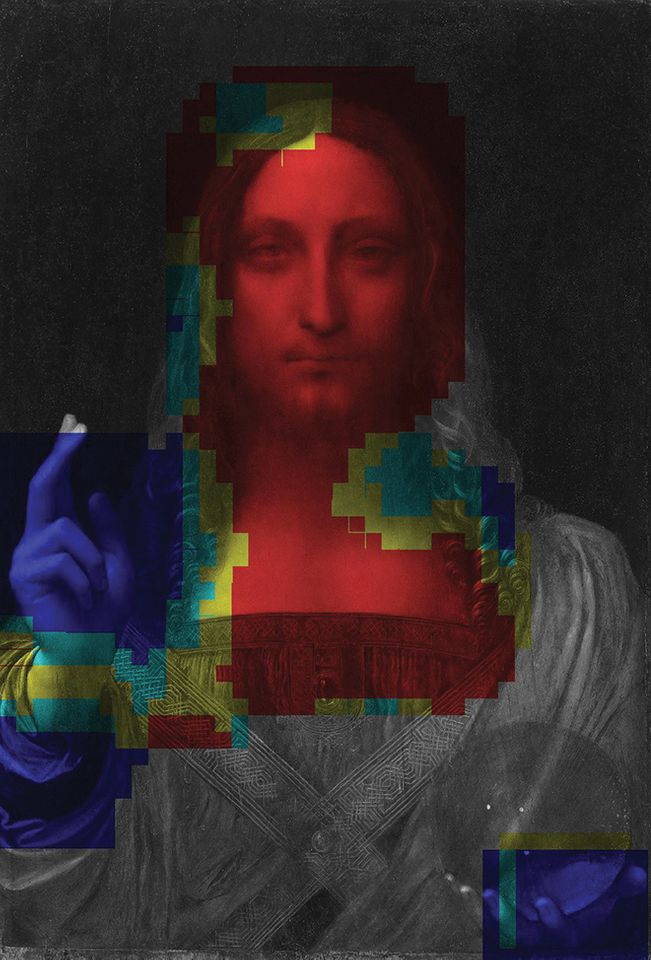 Meanwhile, unaware of the Louvre’s analysis, the computer scientist Steven Frank and generalist art historian Andrea Frank, who use convolutional neural networks (CNNs) to shed light on forgeries and controversial attributions, decided to train their sights on Leonardo’s Salvator Mundi. They were intrigued by their findings, which are soon to be published in the journal Leonardo (MIT Press).

Their system, devised specifically for works of art, divides images into tiled segments that are small enough to be processed by the CNN and have proved 97% accurate in their own comparative tests, designed to rule out false positives and negatives. Their analysis concluded that the head and upper portion of the figure were highly likely to have been painted by Leonardo himself, but that the blessing hand and arm were highly likely not to have been executed by the master at all. A similar conclusion, based on analysis of smaller tiles (which gives a slightly less accurate result but permits consideration of the less detailed lower portion of the image), also produced a strongly “not Leonardo” result for the left hand with the orb. 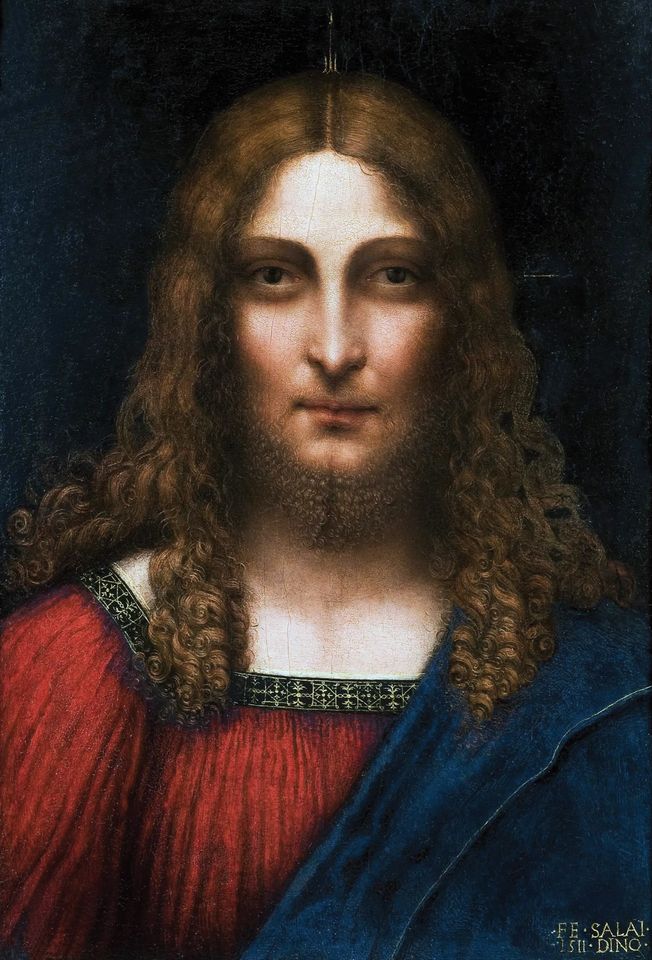 Taken on their own, the Franks’s results are arresting—especially as there is no conscious confirmation bias in their methodology. Taken together with the Louvre’s analysis, they independently support the Louvre’s view that the Christ the Redeemer (1511) in the Pinacoteca Ambrosiana, Milan, a bold self-portrait by Leonardo’s beloved pupil Salai, may be the closest we have to Leonardo’s original composition.

Separately, the Leonardo specialist Frank Zöllner, who has always felt that the pale, waxy complexion of the blessing hand undermines any unreserved attribution to Leonardo, proffered a fresh theory in an academic conference paper published in 2020. He proposed that Leonardo may have begun and then lost interest in a somewhat traditional commission. This, Zöllner says, is supported by the fact that the Saudi Salvator Mundi bafflingly has no beard (unlike all the copies, which are standard representations of the subject), that the drapery folds are poorly delineated, and that there is a complete misunderstanding of the omega-shaped fold that in certain other copies clearly delineates Christ’s wound (to his right side). Possibly the painting was finished by one of Leonardo’s pupils, associates or a follower.

At this point it is worth referring to a marginal note made by the Florentine official Agostino Vespucci in his copy of Cicero’s letters (October 1503), which cites the example of Mona Lisa: “Apelles perfected the head and bust of his Venus but left the rest of the body roughly rendered. This is how Leonardo does all his paintings.” Not withstanding this contemporary observation, it is hard to imagine that the vital attributes of a Salvator Mundi, those hands and arms, played no part in Leonardo’s original conception. This re-opens the debate about the Saudi picture’s status as a prototype Salvator Mundi, the role played by Leonardo’s studio, and begs the question: When and by whom was Leonardo’s Christ “armed”?