Dora Thornton on the amazing cabinet of Pope Sixtus V

It is rare to find a book which is as scholarly as it is beautiful – yet Roman Splendour, English Arcadia: the Pope’s Cabinet at Stourhead is a triumphant exception. It is dedicated to the long-neglected story of the cabinet, inlaid with semi-precious stones and encrusted with gilt-bronze mounts and statuary, which Henry Hoare brought back from his Grand Tour in the 1740s.

The Palladian mansion created by the Hoare banking dynasty at Stourhead in Wiltshire is perhaps best known now for its gardens. Until the early 19th century, however, the superb Roman cabinet held a strong attraction for discerning visitors.

“Sixtus the Fifth’s cabinet is divine,” William Beckford wrote to Gregorio Fellipe Franchi in 1814: “The bronzes are of extreme delicacy and elegance, and those lovely agates, alabasters and cornelians, mingled with the glittering mother-of-pearl, produce a rich effect, agreeable and grateful to the eye”.

Conservation work by the National Trust in 2006-07 inspired the research for this book, based on meticulous analysis of the object and of archival and literary sources, which are published in the appendices. Marvellous drawings from Clifton Hepburn reveal the architectonic structure of the cabinet, its 125 drawers and secret compartments. Photographs locate the different semi-precious stones, each of them identified by Nigel Israel, in the lavoro di commesso di pietre dure that decorates the façade of the cabinet.

The authors examine the English passion for pietre dure, which they reveal as starting not in the 18th, but in the 16th century. The taste is documented not only in the Lumley inventory of 1590 but in a surviving Roman table top from around 1570, which they associate with Elizabeth I’s keeper of jewels and plate, John Astley (around 1507-96). They also illustrate two magnificent table tops from the seven listed in the 1612 inventory of Robert Cecil at his London residence.

The story of the cabinet is traced from its making in Rome for Cardinal Felice Peretti before his election as pope in 1585 and its display in the Villa Montalto. It was later donated to a Roman convent, whence Henry Hoare acquired it while on his Grand Tour.

On his return to Stourhead, Hoare commissioned a pedestal for the cabinet in 1743 and redesigned the Breakfast Room as the Cabinet Room; his grandson Sir Richard Colt Hoare created a new Cabinet Room in 1792, which was recreated after a fire in 1902. Now the cabinet is once again a focus for visitors as “a paradigm and a proxy for that rare class of decorative art icons which can singly command attention and dominate a room”. 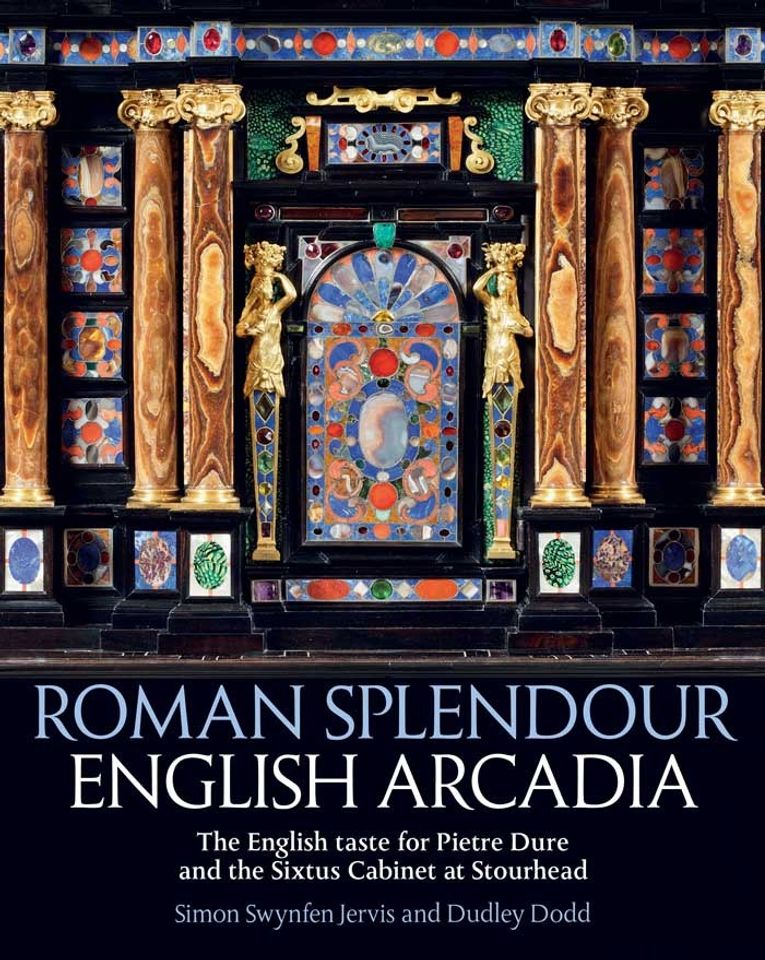 Dora Thornton is the curator of Renaissance Europe at the British Museum. She is also the curator of and is organising a new gallery for the Waddesdon Bequest of 300 objets d’art—goldsmiths’ work, painted enamels, glass and ceramics, sculpture and small carvings in wood—supported by the Rothschild Foundation, which will open at the British Museum in June. Her book, A Rothschild Renaissance, will be published to accompany the opening.