Documenta obelisk, dismantled last week, to remain in Kassel after all 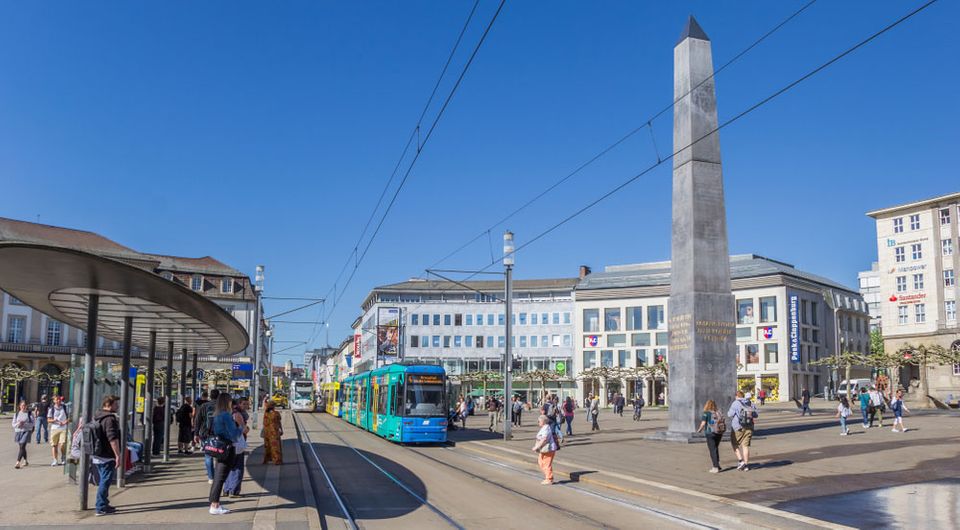 A week after Kassel authorities removed Olu Oguibe’s 16-meter-high obelisk from a central square, the city and the artist have reached agreement on a new location, ensuring the work remains on public view and ending a heated debate that has simmered for months.

The dispute centred on the location of the work, which is called Monument for Strangers and Refugees and was created for the 2017 Documenta, the contemporary art exhibition that takes place in Kassel every five years. Oguibe says he created it specifically for Königsplatz, the square where it was erected and remained until it was dismantled on 3 October. The city council of Kassel had, however, voted against keeping the monument on the central square and in favour of an alternative location.

The compromise reached by Kassel and Oguibe is to erect the obelisk on Treppenstrasse, a central pedestrianised shopping street that is home to other Documenta works purchased by the city. “We thank Olu Oguibe for conceding to the wishes of many people in our city,” Christian Geselle, the mayor of Kassel said in a statement.

Oguibe said that though he disagreed with the removal of the sculpture from its current location, he felt bound by his public pledge to do whatever he could to keep the work in Kassel. “As the forces of intolerance resurge and try to reverse the human values and institutions that many have fought to so hard to advance and protect, we need the monument and its message ever more urgently,” he said in a statement.

Intended as “a call to action,” the obelisk is inscribed in four languages with the Bible verse from Matthew: “I was a stranger and you took me in.” It has come to symbolise the “culture of welcome” advocated by German Chancellor Angela Merkel towards refugees after about 1 million arrived in the country in 2015. Königsplatz is where Johann Wolfgang von Goethe was once refused a hotel room because he spoke French to the innkeeper.

The monument was among the most popular works at last year’s Documenta. But it was criticised by Thomas Materner, a city politician from the anti-immigrant AfD, as “ideologically polarising, deformed art.”

Earlier this year, the city of Kassel and Oguibe launched a fund-raising campaign to buy the work. The campaign fell far short of its target amount of €600,000, raising just over €76,000 from private donors. An unnamed institutional donor agreed to add a further €50,000. Oguibe accepted the price of €126,000.

The disagreements over where it should go threatened to scotch the sale, and the city was last week ready to return donations. “Everything about the work was determined by Königsplatz,” Oguibe says; “the height of the sculpture, the colour of the material, the decision to include a platform on which commuters could sit while waiting for the tram or to meet friends, and even the size and gilding of the text.”

“There is no way that I could possibly agree with, or approve of, or be party to the removal of the obelisk from Königsplatz,” Oguibe says.

When the obelisk was dismantled last week, the Kassel branch of AfD claimed a “complete success” on its Facebook site. “The champagne corks are popping!” the party wrote. It said the monument’s disappearance from the centre of the city was a sign “of the coming revolution in migration policy.”

Geselle said the agreement now reached with Oguibe and the decision to keep the obelisk in the centre of the city is “a positive and clear sign. This is a self-confident city with lively discussions,” he said.