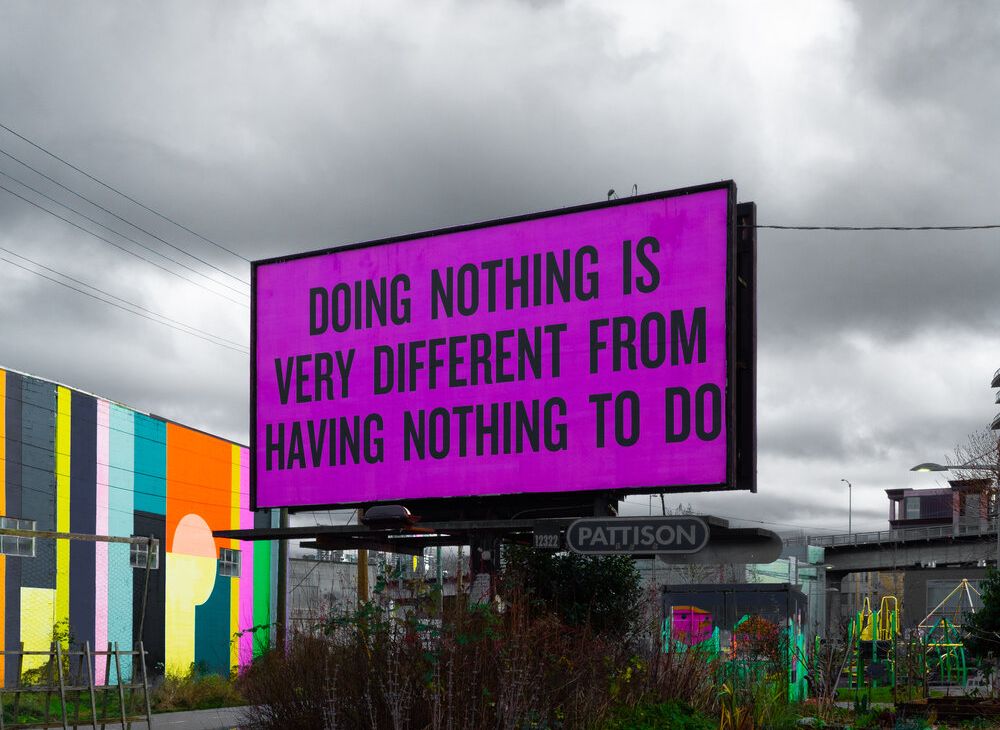 A series of prophetic slogans first conceived by Douglas Coupland nine years ago have finally come to his hometown of Vancouver in the form of billboards.

The latest incarnation of his Slogans for the 21st Century project, whose iterations have been exhibited at the Serpentine Galleries and Somerset House in London and, most recently, at the Copenhagen Contemporary, is presented in partnership with Canada Council for the Arts board member Kim Spencer-Nairn, McKinley Studios and Pattison Outdoor Advertising.

“It was an accident,” says Coupland—but a happy one for Vancouver’s burgeoning public art scene. 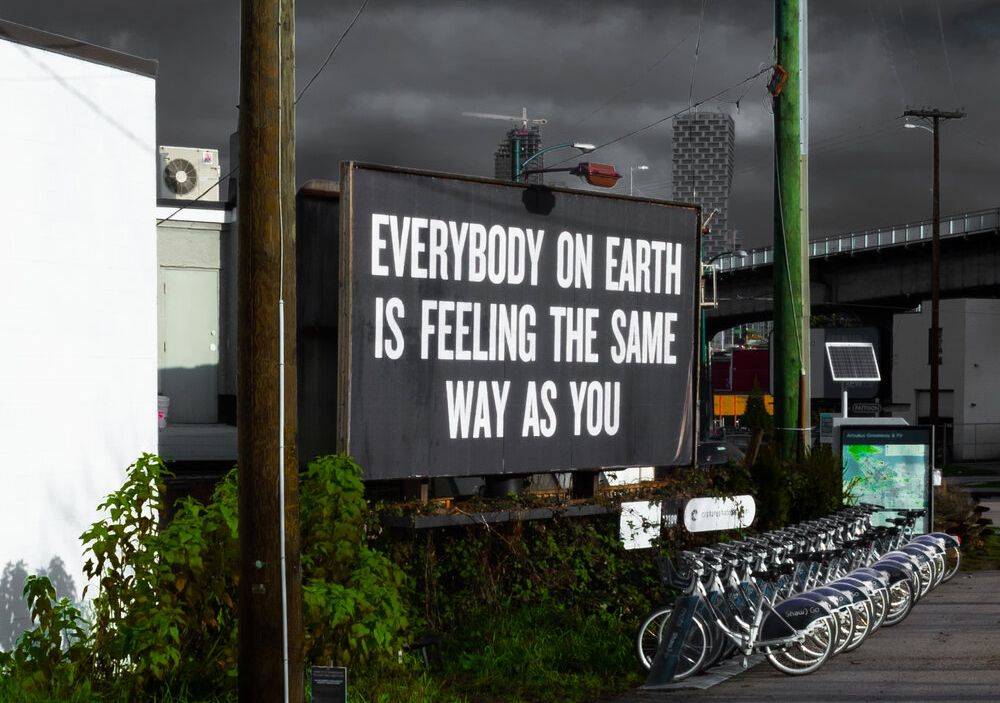 Like Coupland, Jim Pattison, the 92-year-old business magnate and philanthropist known as Canada’s Warren Buffett, is also a local legend. His famous neon signs are part of Vancouver’s disappearing mid-century heritage, and the Coupland works invoke a similar spirit, albeit with a dystopian twist.

Slogans for the 21st Century  was born out of an attempt in 2011 to create a live internet surfing event at Vancouver’s Waldorf Hotel, exploring the ideas of Marshall McLuhan, the Canadian philosopher who anticipated the arrival of the internet decades earlier. Coupland turned a series of advertising posters commissioned by the hotel into giant signs plastered onto construction hoardings around the city. Employing a bold sans serif called Knockout, originally used to advertise boxing matches, he came up with ten different slogans, the most popular being I miss my pre-internet brain. 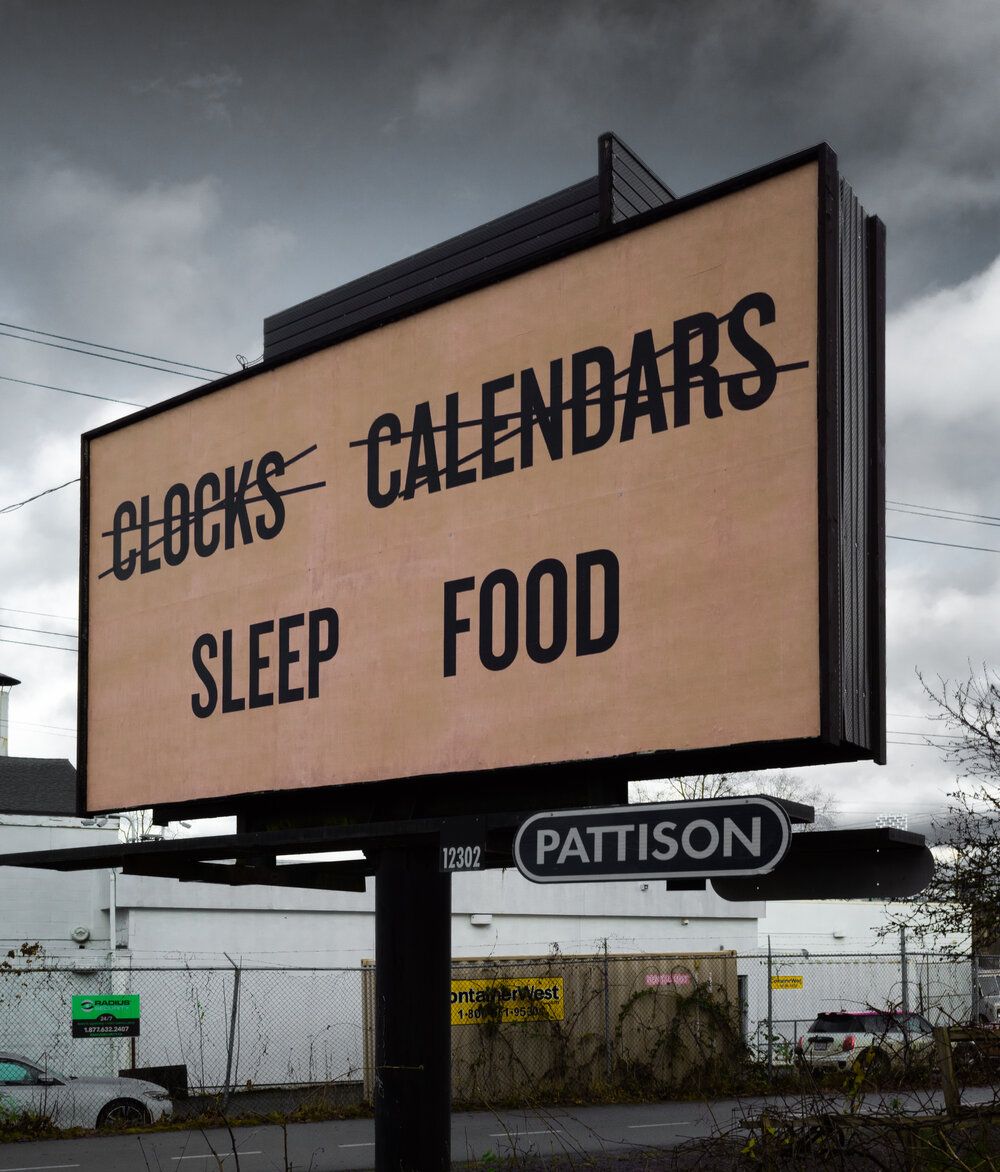 Inspired by the work of the US artist Jenny Holzer, who pioneered compressed texts and slogans she coined “truisms”—famously reprogramming an LED billboard in Times Square with the likes of the Machiavellian “Abuse of power comes as no surprise”—Coupland found that his slogans took on a  powerful sense of prescience with the advent of Covid-19.

Now, as Vancouverites navigate the grey, West Coast winter twilight, they are jolted to attention by the boisterous billboards. Enforced Leisure Time is Neither announces itself against a bold red background and in front of a generic-looking apartment complex. Doing Nothing is Very Different from Having Nothing to Do is proclaimed on a bright fuchsia background billboard, bridging a community garden and a mural painted onto a warehouse. Everybody on Earth Is Feeling the Same Way As You lords ironically over a bevy of rental bikes, underlining the pandemic era feeling of no escape, while Hoard Anything You Can’t Download, stated soberly against a blue background, is truer today than ever.