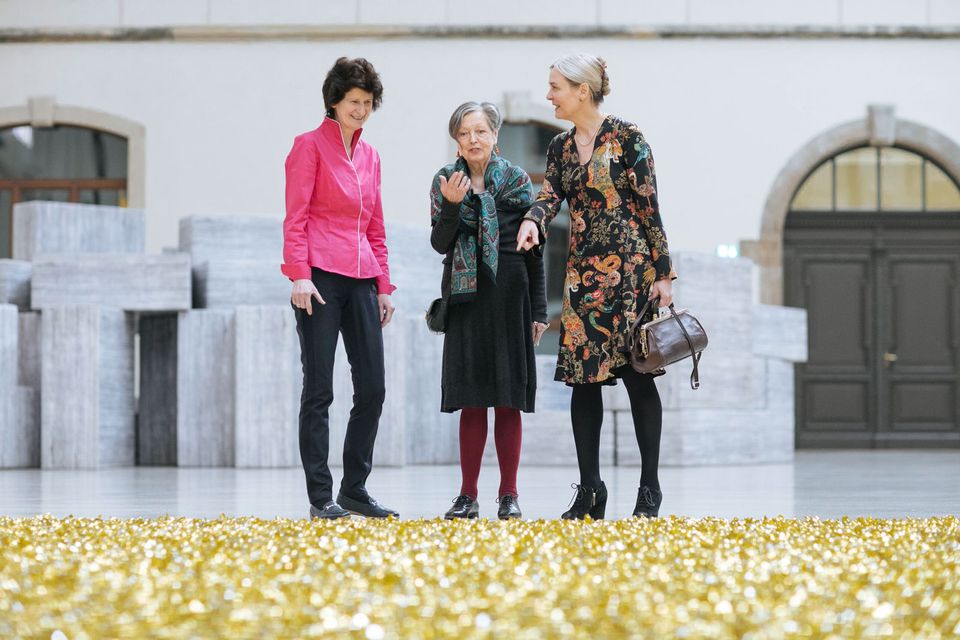 Erika and Rolf Hoffmann began collecting in the 1960s in Mönchengladbach, then later in Cologne, discovering artists in the galleries of the Rhineland and at Documenta in Kassel. They focussed on artists who broke rules and challenged conventions.

“The Hoffmann collection stands out among the world’s great private collections, not just for its open-minded outlook and the philosophical approach the two collectors have taken,” says Marion Ackermann, the director of the Dresden State Art Collections. “It contains important works by local and international, male and female, well-known and unknown artists, all of which are treasures that fill gaps in our knowledge of art history and expand our horizons.”

In the 1990s, the couple planned to build an institute for contemporary art designed by the artist Frank Stella and located next to the Zwinger in Dresden, but the plans faced resistance from the government of Saxony. In 1994, they found an empty factory building in central Berlin and renovated it to house their art collection, which they opened for small group tours every Saturday. Since Rolf Hoffmann’s death in 2001, Erika Hoffmann has continued to build and manage the collection.

It will now be integrated into the collections of the 15 Dresden museums over the next five years, a statement from the State Art Collections said.

“My husband’s and my own connection to Dresden never completely broke off,” Hoffmann said. “Integrating the Hoffmann collection into the State Art Collections is completely different from what we planned back then, but it fulfils the original desire for a dialogue with art across borders and generations.”