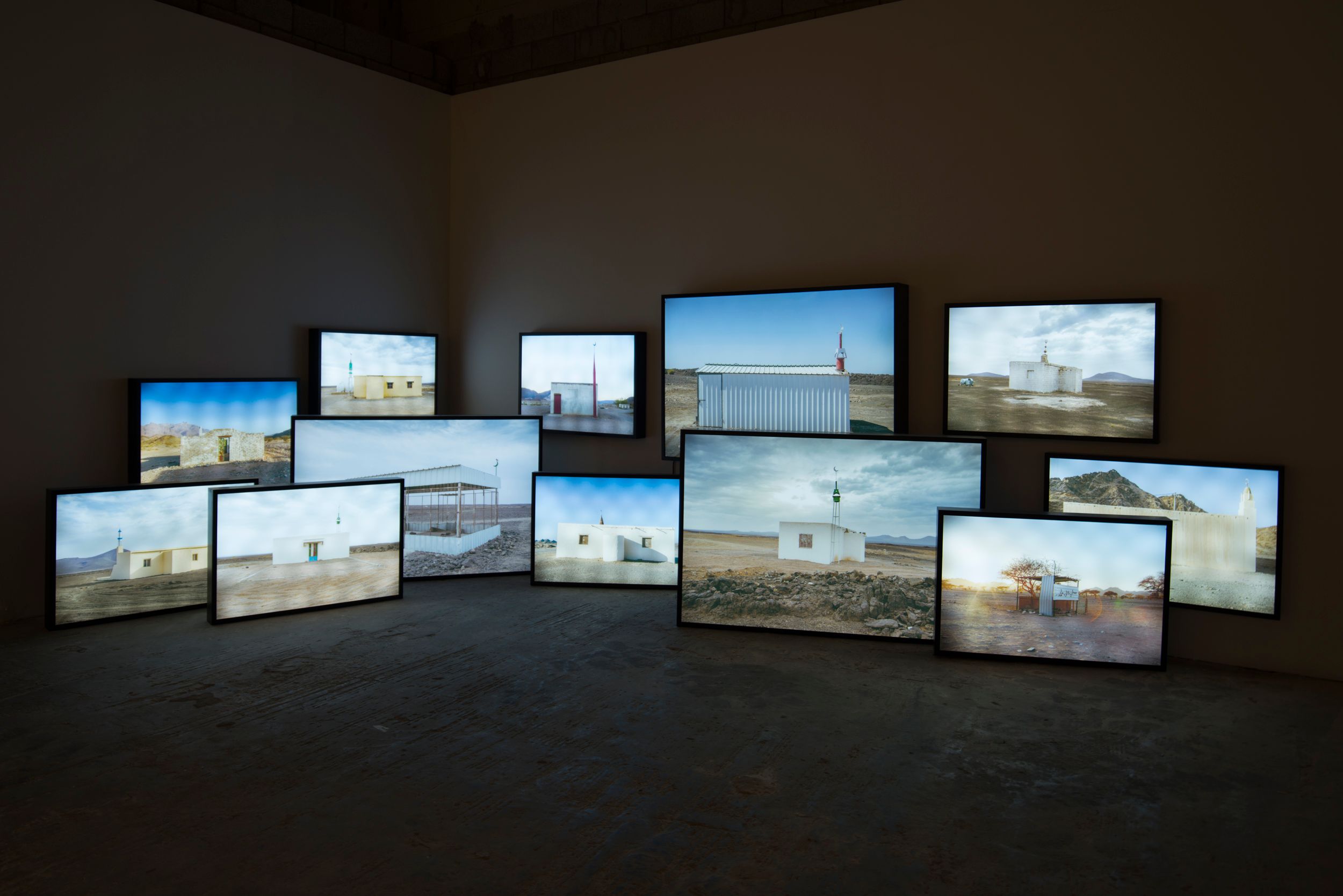 Saudi artist Moath Alofi's work The Last Tashahhud (2014-ongoing) which is now on loan to the Dubai Collection Courtesy of A.R.M Holding

How do you build a national collection, one that reflects a city-state as diverse and contradictory as Dubai, without actually buying any works?

By asking private collectors to loan their works to it, for a minimum of ten years. Albeit they retain legal ownership of the art and it will remain hanging in their own home while its digital avatar is on view to the public. Because for the most part the new Dubai Collection is an online museum, with annual physical exhibitions.

According to a statement, the state-backed Dubai Collection, developed by Dubai Culture & Arts Authority in partnership with Art Dubai Group, is "an institutional art collection for the Emirate of Dubai" built through "a new and innovative partnership model". Despite its size and wealth—and lively community of commercial galleries—Dubai is lacking in institutional collections; the non-profit Jameel Arts Centre (opened in 2018 and funded by the private Saudi Arabian organisation Art Jameel) being a rare exception.

The Dubai Collection's digital museum will launch later this year with the first physical exhibition of selected works of art from the collections of Sheikh Mohammed bin Rashid Al Maktoum and other Dubai collectors planned for later this year (exact date TBC) at the Etihad Museum, Dubai.

"There is this global debate among institutions at the moment about the balancing of preservation of works of art for future generations and the primacy of conservation, versus the need to make sure the public can access work in today's world—how works can be seen and how collections can be opened up, safely, to the broadest possible public," Antonia Carver, the director of Art Jameel, tells The Art Newspaper. "I think the Dubai Collection is coming into that debate in a really interesting way, saying well actually there are other ways collections can be presented and accessed."

She describes her involvement as a "jury committee-type role" and says of the works chosen so far: "There's a skew towards Middle Eastern works but it's also very international, which reflects the nature of the Dubai public, a city of 200 nationalities, where some people live for generations and some for only a few months. The themes that have emerged so far tend to revolve around identity and belonging, which is very much part of the everyday conversation in Dubai, and also an interest in urban infrastructure and the dynamism of urban space."

Carver hopes the initiative "can raise awareness and educate, not only about the art itself but also about the nature of collecting—the ethics of collecting and how the infrastructure of the collecting community sits alongside galleries and fairs and museums. Sometimes collecting is seen as something that has a great mystique to it but it doesn't have to be like that."