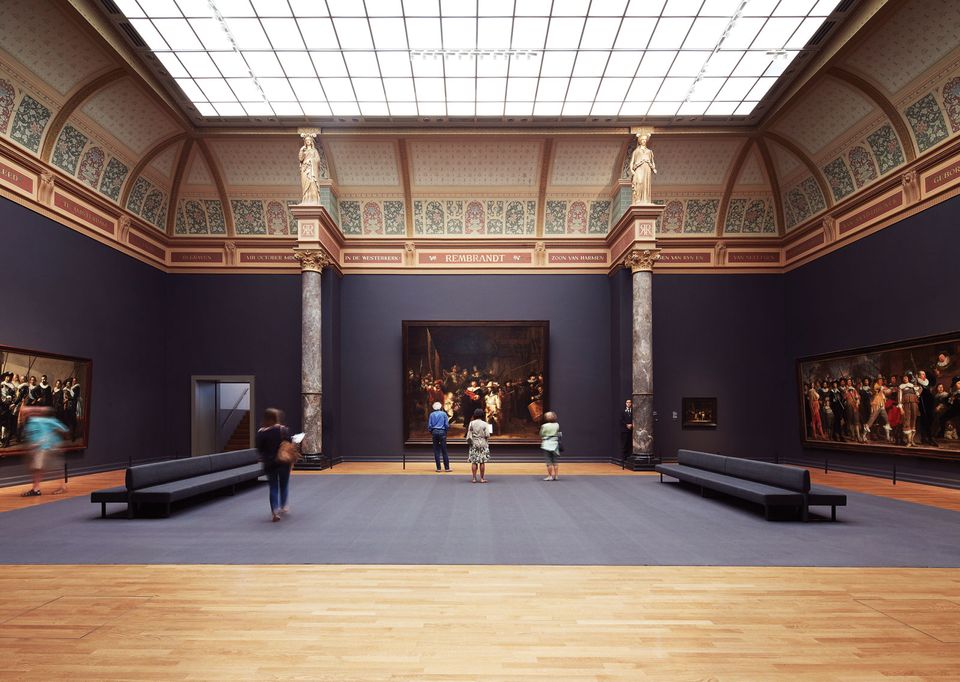 The Night Watch Gallery at the Rijksmuseum Photo: Erik Smits

Museums in the Netherlands are taking the initiative in the debate over the repatriation of artefacts acquired during the colonial era by sending scholars to former colonies and developing guidelines on handling claims and restituting works.

The National Museum of World Cultures, a grouping of three ethnology museums in Amsterdam, Leiden and Nijmegen, published guidelines earlier this month calling for the restitution of works taken without consent. The Dutch press has reported that the head of the history department at the Rijksmuseum, Martine Gosselink, is flying to Sri Lanka later this month to speak with scholars there about research into disputed objects in the Amsterdam museum’s collection.

The guidelines issued by the Museum of World Cultures include a claims procedure for countries of origin and promises a timescale of one year maximum for the return of items whose repatriation is approved. The owner of the museums is the Dutch government, so the minister of culture is ultimately responsible for signing off on any such return.

“We know that part of our collection was acquired during the colonial period, a period of injustice and great discrepancies in power relationships,” says Stijn Schoonderwoerd, the director of the Museum of World Cultures. “It is certain that we manage objects that the original owner did not relinquish of his own accord. In these cases, claims are justified in our eyes. If today we say that on the basis of international treaties, objects stolen from Syria do not belong in our collection, then why should that principle not apply to objects stolen 100 years ago?”

Museums and culture officials across Europe are responding to intensifying calls for artefacts removed during the colonial era to be returned. The debate was fuelled by French President Emmanuel Macron, who announced in 2017 that France will return works taken from African colonies and followed up by commissioning a report, published in November, recommending full restitution of works removed from Africa without consent.

Taco Dibbits, the director of the Rijksmuseum, called the guidelines issued by the National Museum of World Cultures “a good first step,” adding that the Netherlands should have taken the initiative much sooner, according to an article on the Dutch website Trouw. He said the Rijksmuseum’s approach is different: it will not wait for claims but instead proactively open talks with former colonies. The museum began provenance research into ten disputed objects in 2017, including a bronze cannon decorated with silver and rubies that was seized by Dutch troops in Sri Lanka in 1765.

Schoonderwoerd stressed that “as is the case with claims to art looted during World War II, careful forensic and historical research must be conducted for each case to see how the object ended up in the museum.” He added that he hopes the National Museum of World Cultures’ approach “will ultimately lead to a working method that can apply to the entire museum sector.”

about 11 hours ago
‘Some Like It Not’: protesters rally against plan to install Marilyn Monroe sculpture near Palm Springs Art Museum