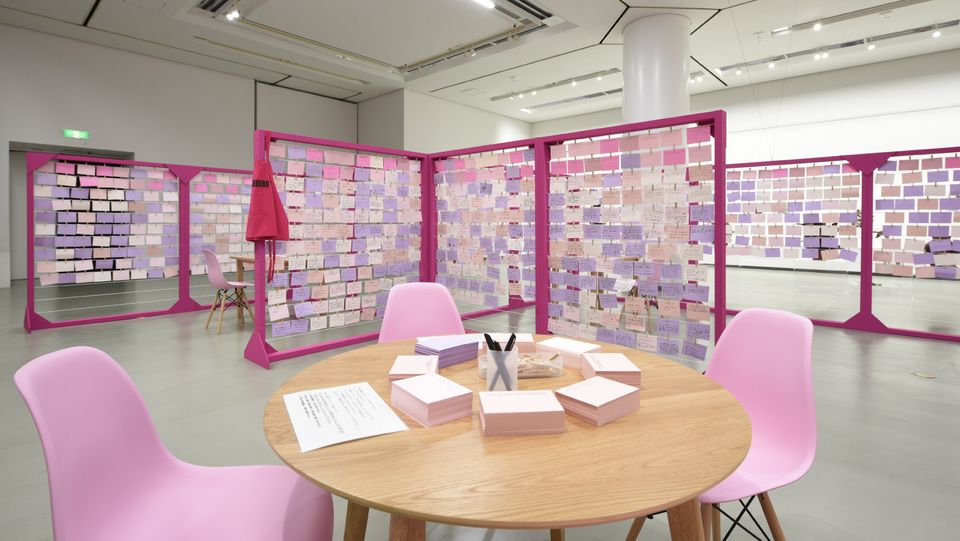 Mónica Mayer's The Clothesline (2019) at the Aichi Triennale, before the artist modified the work Photo: Ito Tetsuo

Several artists participating in the Aichi Triennale in central Japan (Taming Y/Our Passion, until 14 October), including the Cuban activist Tania Bruguera, have taken their works off display or altered their installations after a section of the exhibition was closed earlier this month, sparking a debate about free speech in Japan.

The After 'Freedom of Expression?' section was shut down when organisers were threatened with violence after showing a statue by the Korean sculptors Kim Seo-kyung and Kim Eun-sung, entitled Statue of a Girl of Peace (2011). The work represents a “comfort woman” or ianfu, the term for Korean women forced to work in Japanese brothels during the Second World War.

The exhibition, which included works that had been censored in international museums, closed after only three days. Crucially, the mayor of Nagoya (Aichi’s prefectural capital), Takashi Kawamura, stoked the row, saying that “[the comfort woman sculpture] tramples on Japanese people’s feelings”. He wrote to the governor of the Aichi prefecture and the head of the triennial organising committee, Hideaki Omura, requesting that the sculpture be removed.

The triennial organisers insist, however, that the exhibition was closed because of the safety risks. “The Aichi Triennale organising committee's decision to close After 'Freedom of Expression?' was a measure to ensure a safe and secure setting for visitors to enjoy the Triennale. It was not an act of censorship,” they say in a statement. 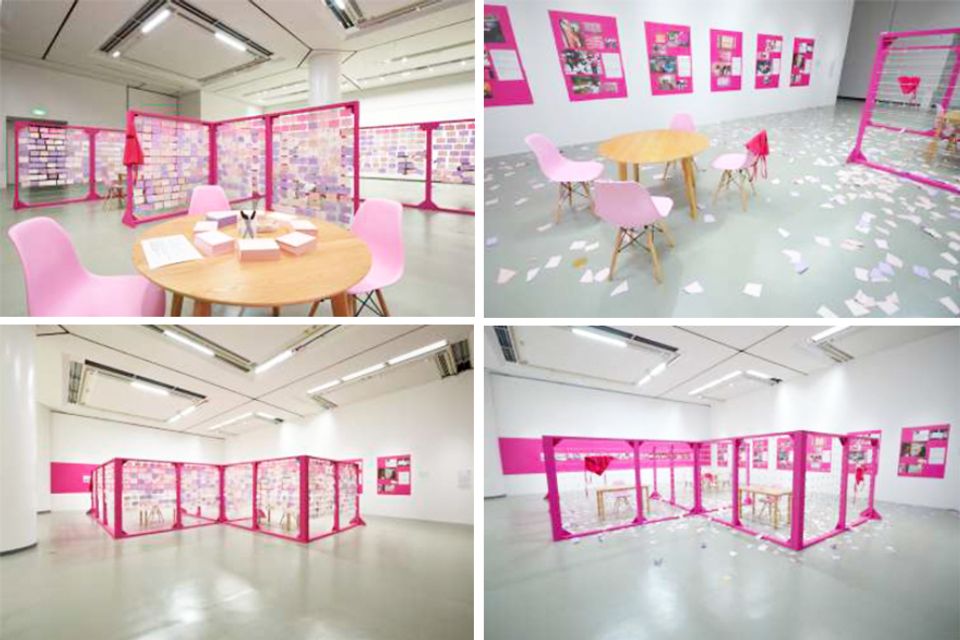 Left: Mónica Mayer's The Clothesline (2019) at the Aichi Triennale before the artist modified the work; and right: after the changes Photos: Ito Tetsuo (left) and Akane Yorita (right)

Eleven artists have since requested “the suspension of their exhibits”, the organisers say. Exhibition rooms featuring works by the Cuban artist Tania Bruguera and Javier Téllez of Venezuela have subsequently been closed (Bruguera was showing her work 10,148,451 (2018), which involves stamping visitors with an eight-digit number).

Other artists have altered their pieces. According to Art Asia Pacific, the Cuban artist Reynier Leyva Novo wrapped his sculpture, on show at the Toyota Municipal Museum of Art, in black bags and covered his paintings with newspaper articles focused on the triennial controversy.

The Mexican artist Mónica Mayer has also changed her work, The Clothesline (2019), which is on show at the Nagoya City Art Museum. For the project, which she launched in 1978, she invites the audience to write anonymously on pink sheets of paper about experiences of sexual harassment or oppression. A spokeswoman for the triennial says that all of “the participants' answers were taken away from the installation and no more answers will be received. The pink blank papers used for answers, are on the floor. She has also changed the title of the work to The Silent Clothesline.”

In a statement, Mayer says that “the Aichi Triennale was shut down because of terrorist threats and intimidation”. But she adds that “as a participant in the Triennale, as an artist who opens spaces for people to share their experiences, to have a voice, I stand by my colleagues whose work is being censored.”

Earlier this month the South Korean artists Minouk Lim and Park Chan-Kyong, represented by Tina Kim Gallery, removed their works but are “willing to re exhibit if the show is uncensored”, says a gallery spokesman.

Art Asia Pacific reports that Omura established the Aichi Triennale Inspection Committee, which “proposed a plan for what to do with the exhibition and in similar scenarios in the future”.