Elusive Scythians brought to life through show of archaeological discoveries 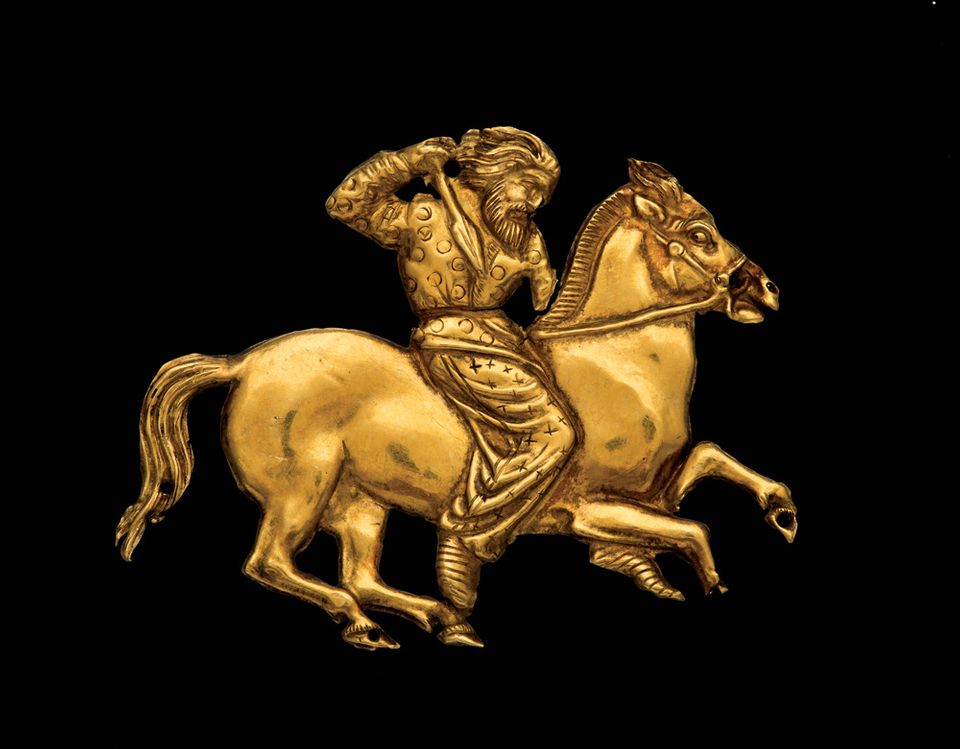 A gold plaque depicting a Scythian rider with a spear in his right hand, Kul’ Oba (Second half of the fourth century BC) The State Hermitage Museum, St Petersburg, 2017. Photo: V Terebenin

Were it not for permafrost, we would know next to nothing about the Scythians. Originating in the 10th century BC in central Asia and Siberia, the Scythians spread to inhabit an area stretching from the Black Sea to the northern border of today’s China, and disappeared from history in the third century BC. But, having no written language, they left no records. All evidence about them comes from other (biased) sources, such as Herodotus and Achaemenid (Persian) writers. Their elaborate burial rituals involved the burial of many and various objects from which the exhibition Scythians: Warriors of Ancient Siberia (until 14 January 2018) at the British Museum weaves a story of their way of life.

Archaeological discoveries reveal many features about the tribes. The Scythians set great store by personal appearance: the exhibition features not only many pieces of intricately worked gold jewellery, metal mirrors and combs, but perishable items such as textiles, leatherware and furs. Human bodies show extensive tattooing—perhaps the first historical examples of the custom. Hunting and warfare bulked large in Scythian culture: their jewellery features many examples of stylised deer and elk, and remains show that meat and cheese were the staples of their diet; iron helmets, spears, knives, swords and axes (the “Scythian bow” was famous in classical literature and their highly skilled archers, we learn, were employed to police in ancient Athens) provide ample evidence of their aggression. Horses were central to both nomadism and warfare; items of saddlery and tack are on view, as well as elaborate equine burial accoutrements, such as blankets and helmets. There are also examples of intercultural exchanges, notably two iron cooking pots with classical Greek decoration and some Greek red-figure pottery showing (imaginary?) Scythian warriors.

The story of the Scythians began only in the 18th century when the Russian tsar, Peter the Great, instigated the first archaeological excavations of the Scythian tombs (recorded in a series of watercolours) and created a purpose-built museum to house the finds.

The exhibition has been organised with the State Hermitage, St Petersburg, which now houses the world’s largest collection of Scythian objects. The National Museum of the Republic of Kazakhstan, Astana, and the Ashmolean Museum, Oxford, have loaned objects to complement those of the British Museum. Thames & Hudson has published the 368-page catalogue (£40 hardback, £30 paperback), edited by the show’s curators, St John Simpson and Svetlana Pankova. The exhibition is sponsored by BP.