Erdogan replaces Ataturk’s cultural legacy with his own 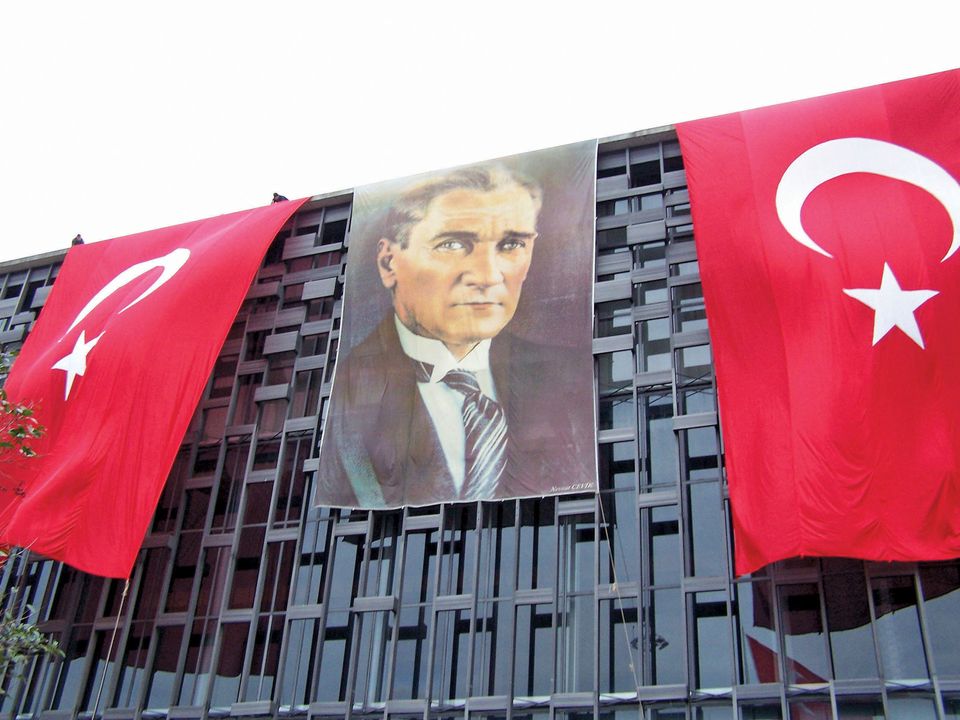 The Turkish president, Recep Tayyip Erdogan, unveiled plans for a new opera house and cultural complex on Taksim Square in central Istanbul in November, which will entirely replace the Ataturk Cultural Centre built in 1969 in memory of the great modernising founding father of Turkey, Mustafa Kemal Ataturk.

The selection of the architect Murat Tabanlioglu to design the new centre was seen as a conciliatory gesture from a president not known for compromise. Tabanlioglu’s father, Hayati, designed the original building, known by its Turkish initials AKM, which is viewed as a Modernist landmark and the symbol of the progressive, secular Turkish Republic, founded by Ataturk a half-century earlier on the ashes of the Ottoman Empire.

A populist with Islamist roots who has been in power since 2003, Erdogan has sought to leave his mark on Turkey by breaking the secular elite’s grip on power, rewriting the constitution and even transforming the skyline of Istanbul. He fended off a military coup last year and has jailed tens of thousands of his opponents in the ensuing crackdown. Arts and culture have not been spared in Erdogan’s drive to turn Turkey into a country that he says better reflects the population’s conservative values.

The AKM, which dominates the eastern edge of Taksim Square, was a bold statement of modernity when it first opened, its experimental, geometric design untethered by historical allusions. Erdogan closed the centre a decade ago for a seismic retrofit that never took place; years of neglect and vandalism have rendered it an empty shell.

Now, the site will be built anew, with a 100,000 sq. m complex with a theatre, conference halls, cinema screens and a rooftop restaurant. The main 2,500-seat auditorium will be housed in a red glass hemisphere inside the main frame that its supporters say will rival opera houses in Sydney and Paris. It is scheduled to open in 2019.

“It is very gratifying to be able to protect a legacy like this, but this goes beyond a personal connection. I see this building as a permanent cultural symbol for Turkey and the world,” Tabanlioglu says. “Since the needs and functions of the building have changed over time, they have to be renewed…In order to stay true to the collective memory of the city, we kept the dimensions of the building and its façade from the 1960s, while taking the structure into the 21st century.”

Not everyone is so enthusiastic. The project has been cloaked in secrecy, disregards conservation rules and will destroy a design icon with few peers in Turkey, the Istanbul Chamber of Architects says. “It is clear that Erdogan wants to demolish a symbol of the republic to replace it with a symbol from his own tenure,” the chamber says in a statement.

Erdogan dismisses the criticism; as he introduced the project in November he said that “the mentality opposed to building the AKM anew is the same” as the one “that tries to obstruct Turkey’s fight against terrorist organisations”.

The fiery rhetoric underscored the political battleground Taksim Square represents. In 2013, it was the stage for the largest anti-government demonstration in a generation when thousands of protesters gathered to stop Erdogan from razing the adjacent Gezi park to build a replica Ottoman barracks that was to house a shopping mall. Leftists occupied the AKM and draped banners declaring revolution from its roof before police violently suppressed the uprising. Since then, Erdogan has left an indelible mark on Taksim Square, launching construction earlier this year on a mosque that Islamists have wanted since the 1950s.

Meanwhile, a protest at a public exhibition in October demonstrates how Erdogan’s rhetoric has emboldened conservatives. Nude works in a show of the billionaire industrialist Omer Koc’s collection, called Doors Open to Those Who Knock, outraged Islamists, who said they denigrated the building in which they were displayed: a 19th-century mansion once owned by the last Ottoman caliph, Abdulmecid. A small group stormed the hall and attempted to damage the Australian artist Ron Mueck’s hyper-realistic Man Under Cardigan (1998), presented in a tiled fireplace the protesters mistook for a mosque’s mihrab, the niche that points worshippers towards Mecca. 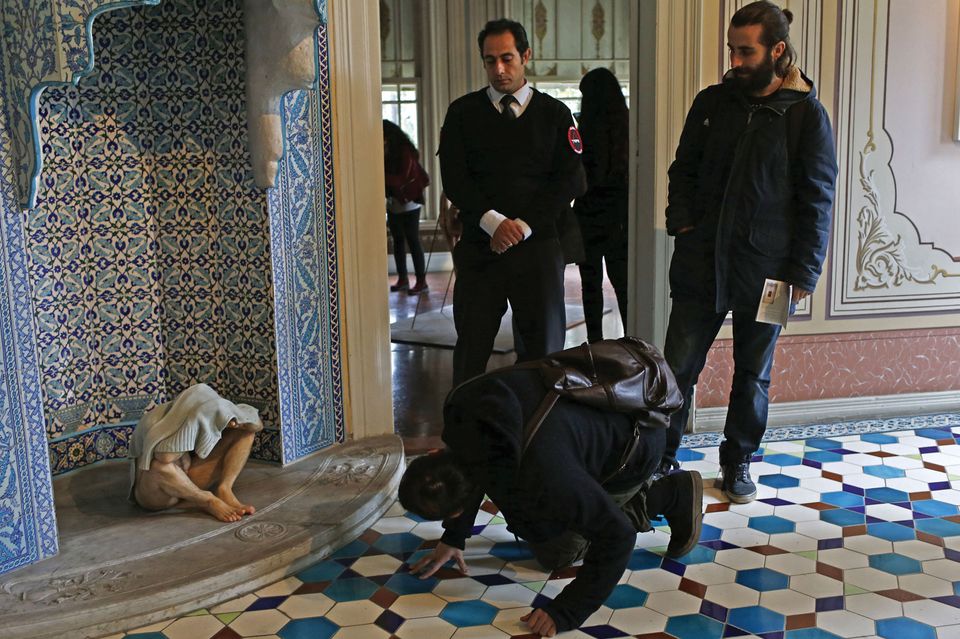 “There is no basis in the attempt to create a perception that this exhibit is an attack on society’s sacred values,” Koc’s company said in a statement. The liberal Koc family has sparred with Erdogan, and the company has faced record tax fines and cancelled state tenders. A planned Koc foundation art museum has been ensnared in bureaucratic red tape, delaying its opening for years, sources familiar with the matter said.

The attackers had no overt links with the government and the alleged ringleader was briefly detained, media reported. The incident recalled past violence against exhibition goers for drinking alcohol at gallery previews and a skirmish at the Contemporary Istanbul fair in 2016 that forced the artist Ali Elmaci to withdraw a sculpture of a woman wearing a swimsuit depicting an Ottoman sultan.

“Previously, the government pretended as if art they didn’t like just didn’t exist, massively handicapping it by depriving it of incentives and support,” says Kerimcan Guleryuz, who runs the arts initiative The Empire Project. “Only recently have people got into trouble due to their art. There is a clear intolerance in what feels like a form of bizarre cultural warfare.”

What was lost on the protesters at the Koc show was that the Western-oriented Abdulmecid was a prolific painter of nudes. The outcry helped spur interest in the underpublicised show; on a recent Sunday before the exhibition closed on 12 November, the queue to enter the pavilion stretched around the block.