Built in the wake of the Second World War, Harlow maintains a remarkable collection with pieces by Henry Moore, Barbara Hepworth and Rodin 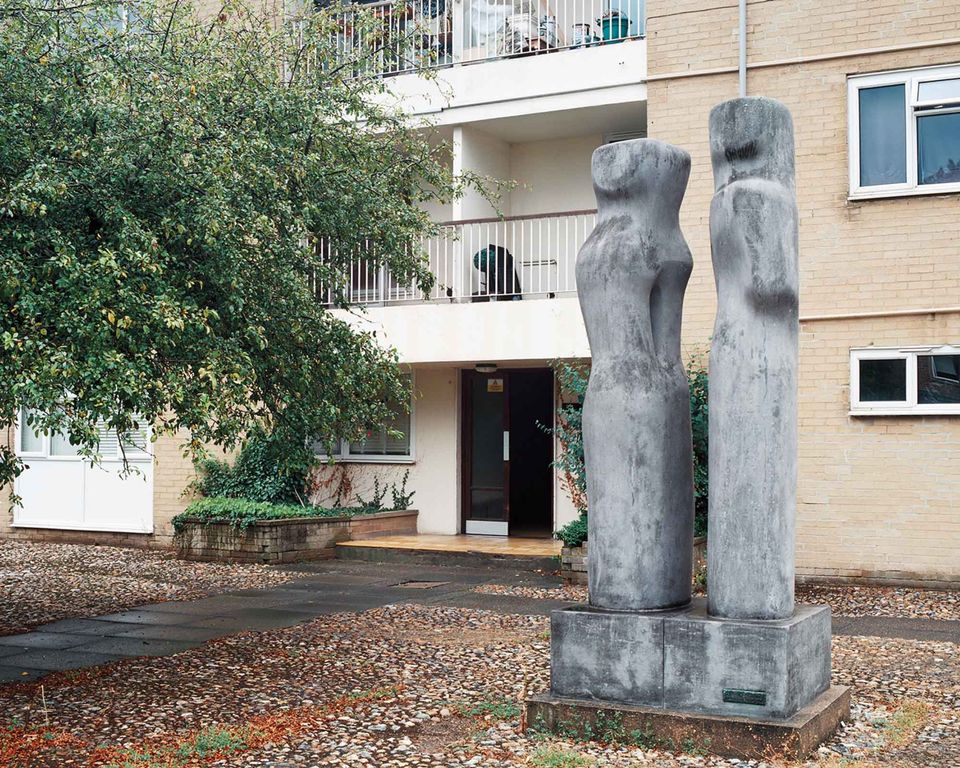 Barbara Hepworth's Contrapuntal Forms (1951) started life at the 1951 Festival of Britain on London’s South Bank before taking up residence among blocks of flats in Harlow Photo: courtesy of the Harlow Art Trust

When in 1947 the architect Frederick Gibberd was laying out designs for a new town sited on Essex farmland and intended to rescue people from London’s overcrowded and bomb-cratered streets in the wake of the Second World War, he vowed to make its main square “the equivalent of the Piazza San Marco, Venice”.

Even the most fervent admirer of Gibberd’s humane vision would hardly claim that for Harlow New Town, but one remarkable feature survives and is still growing: a public collection with sculptures of international importance, including pieces by Henry Moore, Elisabeth Frink, Barbara Hepworth and Auguste Rodin. 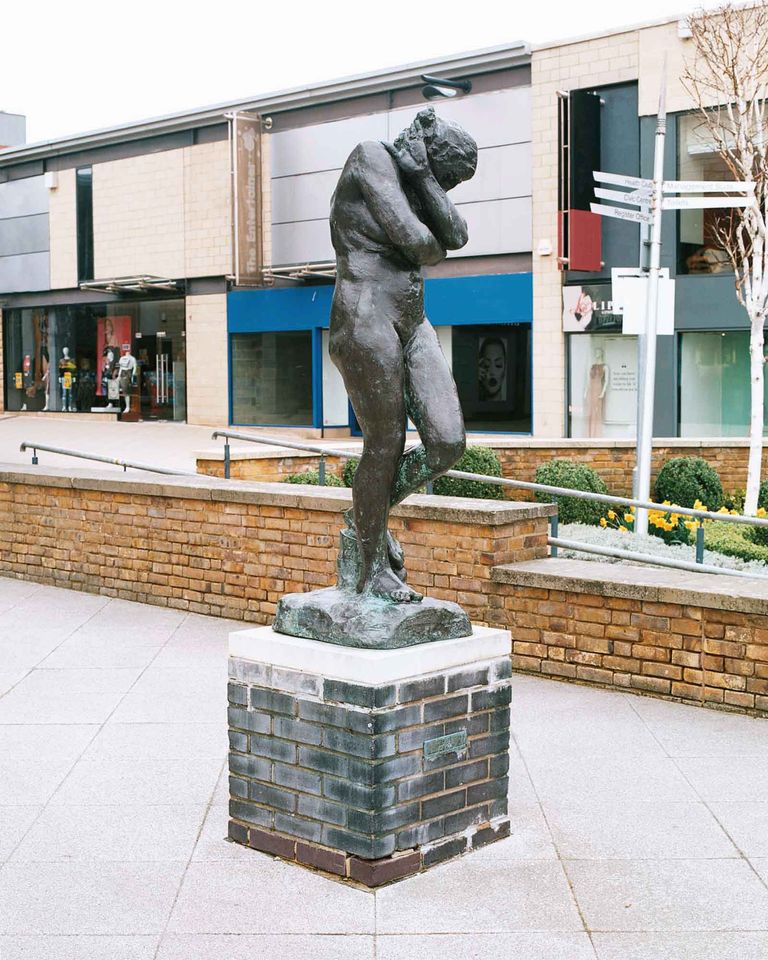 Hepworth’s towering limestone Contrapuntal Forms (1950-51), now Grade II-listed by Historic England, started life at the 1951 Festival of Britain before coming to Harlow. It still stands among blocks of flats: in the late 1950s, a proposed move to a more prominent site was defeated by furious local residents, with one declaring: “In Harlow we are all contemporary. We have modern houses and we like modern art, too.”

Over the decades Gibberd’s work has taken a battering, with the demolition of structures like his landmark town hall or the tacky remodelling of other key features. Some sculptures, including Henry Moore’s monumental Family Group, which was commissioned by the town in 1954 and was once located by the lost town hall, were brought indoors for protection, while others moved as their original settings were lost. However, most still stand as they were originally placed, among shopping precincts and housing estates. 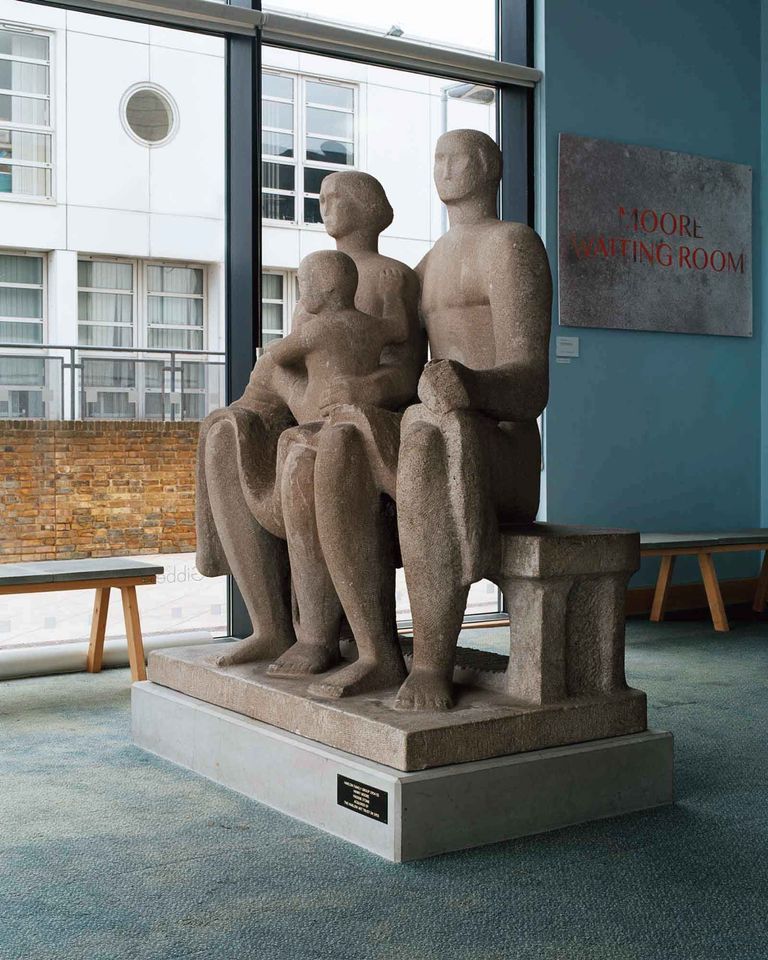 Henry Moore’s Family Group, commissioned by the town in 1954 and formerly located by the lost town hall, was brought indoors for protection in 2004 Photo: courtesy of the Harlow Art Trust

A grant of just over £55,000 from the Heritage Lottery Fund opened the way for the conservation of works, including Family Group and Lynn Chadwick’s listed Trigon (1961). Most just needed careful cleaning, although one eroding concrete piece was moved indoors. More funding is needed for other pieces judged in need of urgent repairs.

The town rebranded itself as Harlow Sculpture Town in 2009 and the art trust founded in 1953 to commission and care for the town’s collection is now changing the name on its social media channels and newsletter to Harlow Sculpture Town to match. The Covid-19 outbreak led to the abandonment of plans for public events to celebrate the relaunch, but a new website, sculpturetown.uk, makes it easy for visitors to embark on a self-guided trail of the more than 90 sculptures currently on view. 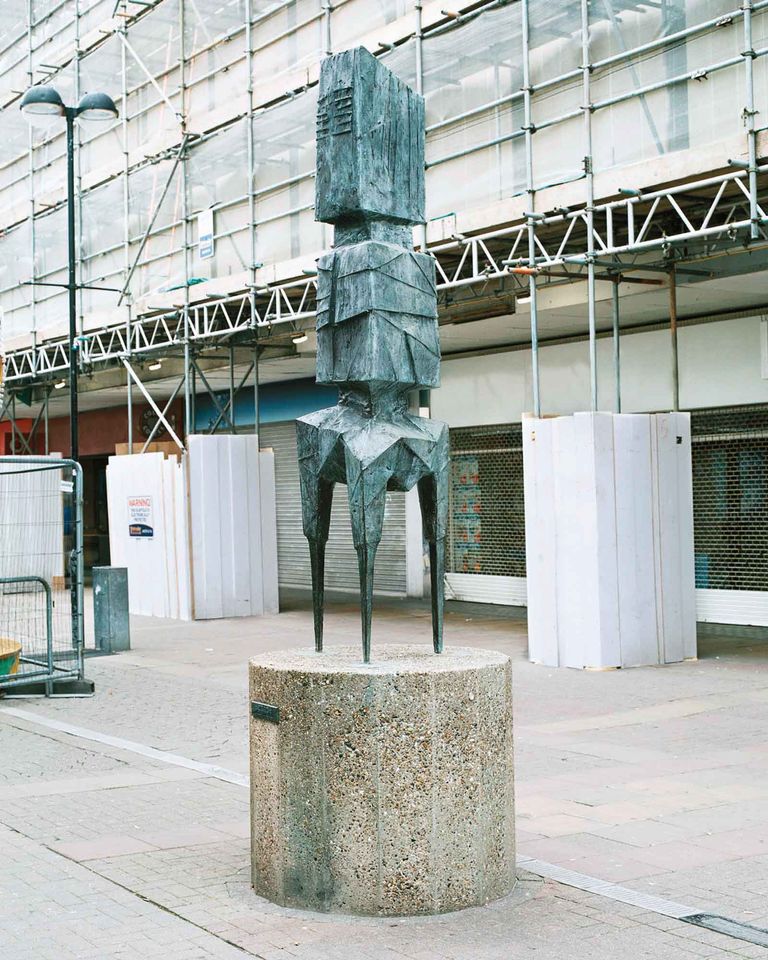 Despite a tiny budget of £30,000 from the council and a staff of just one-and-a-half, including the artistic director Kate Harding, the collection is still expanding with support from trustees, volunteers, sponsors, project grants, donations and an artist-in-residence scheme coordinated with the Royal College of Art.

Harding thinks Harlow’s unique public art is particularly relevant now. “It was a response to the last collective crisis in modern memory,” she says, referring to the Second World War, “and that crisis changed the culture of public spaces forever. It was an initiative that used sculpture to rebuild communities and make people feel safe again. In the wake of Covid-19, communities and artists will need to do this work again, and Harlow Sculpture Town is a fascinating place in which to do it.”