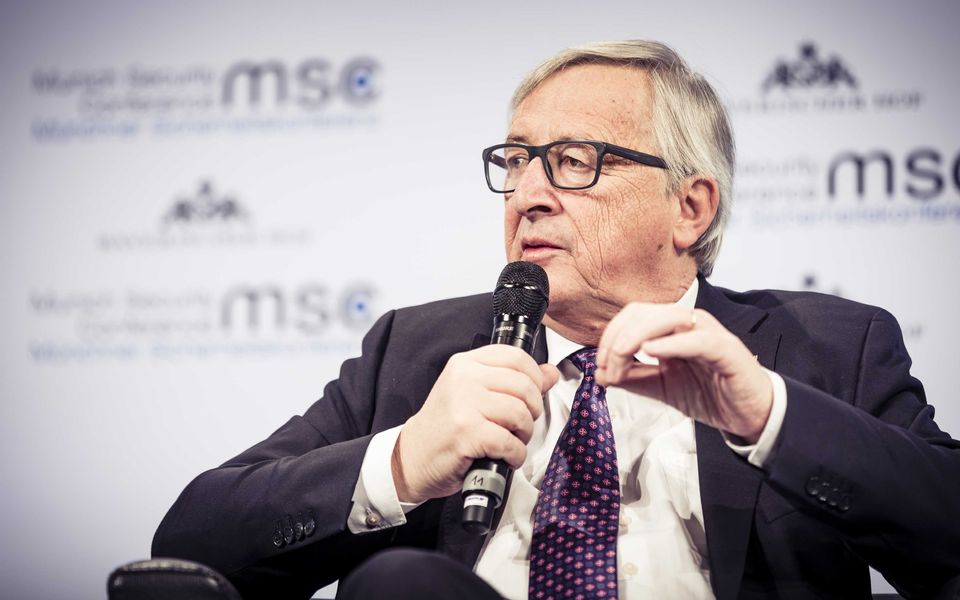 Members of the European Parliament are stepping up their fight against alleged money laundering and tax evasion through the use of freeports—high-security warehouses which hold art and other valuable assets, such as cars, wine and jewellery, tax free.

In a letter dated 8 January, the German MEP Wolf Klinz called on Jean-Claude Juncker, the president of the European Commission, to close loopholes that potentially allow for financial crimes to be committed.

Referring specifically to Le Freeport Luxembourg, which opened its steel turnstiles to VIP bankers, art dealers and collectors in August 2014, Klinz says the storage facility had “been alleged to be a fertile ground for money laundering and tax evasion”.

He described Le Freeport, which is located minutes away from Findel airport and houses eight showrooms, a restoration workshop and a garage for collectable cars, as a “blind spot” in Juncker’s efforts to boost financial transparency in the EU. The complex was built while Juncker was Luxembourg’s prime minister and enables clients to fly in their objects and trade them inside the freeport’s walls without incurring customs or sales tax.

Juncker replied to Klinz’s letter by telling him he had passed on the German MEP’s concerns to Pierre Moscovici, the European commissioner for economic and financial affairs. Meanwhile, a spokeswoman for Le Freeport says the high-security facility “is compliant with the anti-money laundering law of Luxembourg and under 100% supervision of Luxembourg customs”. She referred further questions to the Duchy’s ministry of finance.

Klinz, a member of the EU’s Tax3 committee, which focuses on financial crimes, tax evasion and tax avoidance, says the committee’s research has raised concerns about Le Freeport and “its impact on the security and reputation of the Union”.

A report commissioned by Tax3 and published in October by the European Parliamentary Research Service (EPRS), singles out the Le Freeport for two reasons. Firstly, using the same model as the Geneva freeport, the Luxembourg facility “aims at (semi-) permanent storage of art”, which “is a novelty within the EU”, says Ron Korver, the Belgian policy analyst and author of the report. Freeports were originally intended as spaces to store goods in transit, but now cater to a new type of collector: “those who feel uncomfortable keeping their possessions at home, and who seek secure and secret storage, and those who collect art purely as an investment”.

The rise of art as an asset class has contributed to a sharp increase in freeports—from less than 100 in 1975 to around 3,000 in 135 countries in 2008, according to the Financial Action Task Force. Other factors include a crackdown by governments on bank secrecy and tax evasion. Money laundering in the EU is estimated at €110bn a year.

Secondly, following a national risk assessment, Luxembourgish law makers decided to bring freeports under national anti-money laundering law in July 2015, almost five years before being obliged to do so. The legislation comes into effect across the EU in January 2020. This means freeports have to identify the beneficial owner of the stored goods; proprietors can no longer use offshore companies, trusts, lawyers or galleries to shield their ownership.

The move “significantly diminished Le Freeport’s operative opacity”, Klinz says in his letter. Indeed, in the EPRS report, a representative of one of the licensed operators at Le Freeport says: “In the past, we have had many galleries as clients, but that is hardly possible these days, as their clients like their privacy and are thus reluctant to provide their data. The same goes for merchants and dealers.”

The mandatory update of its records has cost the operator 20 to 30 long-standing clients, many of them offshore companies from Hong Kong, who have “decided on other freeports with more discretion”.

The EPRS report also points to the legal battle between the Russian mining billionaire Dmitry Rybolovlev and the Swiss dealer Yves Bouvier, the majority owner of Le Freeport, as damaging the reputation of the Luxembourg facility. Bouvier sold his art shipping and storage company, Natural Le Coultre, the largest tenant at the Geneva Free Ports, in October 2017, but he remains the largest private shareholder there, according to the report. Bouvier also owns a freeport in Singapore and is a consultant for the freeport in Beijing.

The report says: “This concentration of a worldwide network of connected freeports and different roles could imply a risk of conflicting interests and insider trading. The fact that Mr Bouvier is entangled in an affair involving alleged fraud and insider trading, may justify such considerations.”

Despite the tightening of regulations, Klinz believes the “path to adequate regulation […] remains long and fraught with complexities”. Governments will still have to rely on freeports themselves reporting suspicious transactions as well as cross-border co-operation.

Klinz’s letter reveals that the financial intelligence unit in Luxembourg is “painfully understaffed” with only 16 personnel handling 20,000 suspicious activity reports filed by Le Freeport and other financial intermediaries in 2017.

He concludes: “It is apparent to me that the risk of maintaining a facility of Le Freeport Luxembourg’s reputational profile within the EU customs territory could greatly outweigh the benefits.”