Dan Cameron is the founder of the Prospect New Orleans triennial and the artistic director of the forthcoming Open Spaces biennial, which is due to premiere in Kansas City next August. His favourite contemporary works at Art Basel in Miami Beach toss stability to the wind, unsettling expectations about the picture plane, space and media. “I like art that is bursting at the seams,” he says. 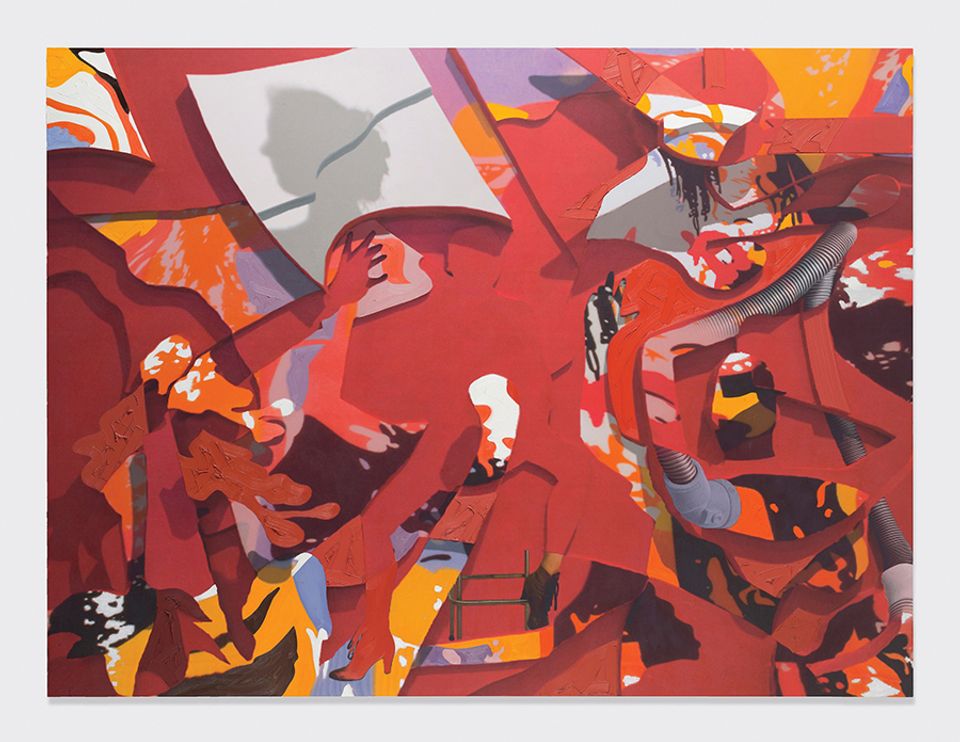 “This is a portrait, a character study, yet it’s so fragmented and rearranged,” Cameron says. “There are different angles and points of access to the subject, none of which is straight on. I’m always interested in how something like technology can alter the way in which a traditional medium like painting is used,” Cameron says, referring to Schoolwerth’s use of Photoshop to superimpose and layer images. He also notes that the artist, who is in his late 40s, “seems as fresh as a newly minted [art-school graduate], but I don’t know many 22-year-olds who have the chops to pull off something like this”. 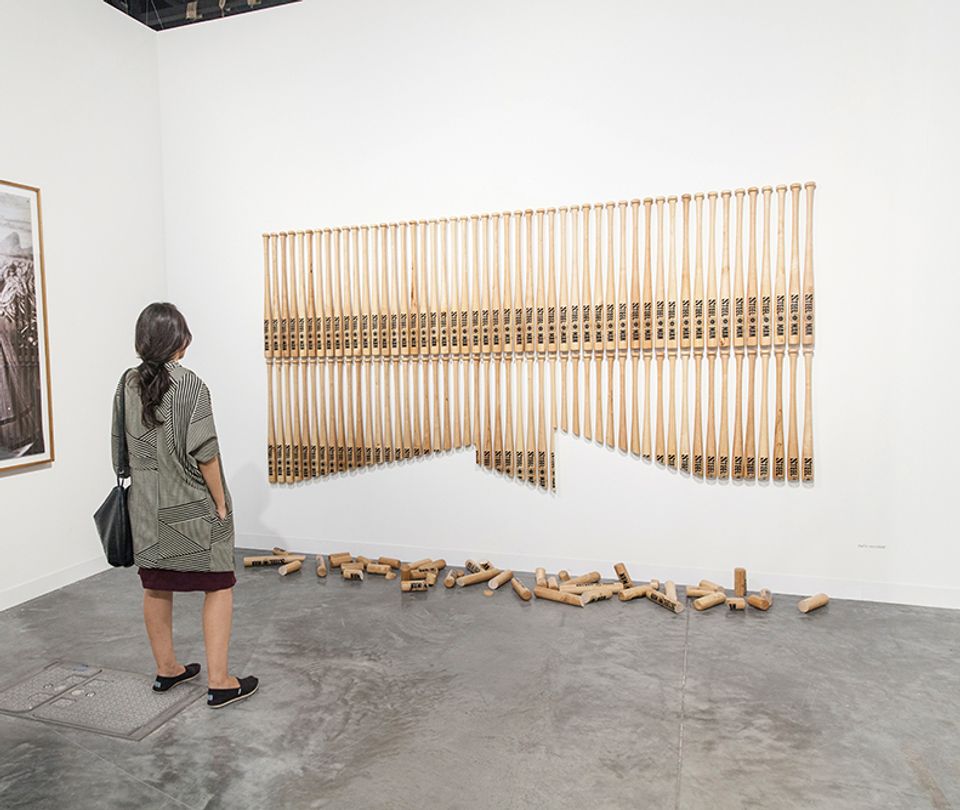 “He is probably the leading sculptor working in Guatemala City today,” Cameron says of Darío Escobar, who uses found objects to refer to the pre-Columbian past and “to reflect back on Guatemala in the international marketplace. It’s fascinating. Baseball is exported from the US, and these bats are exported from China. They are used in Guatemalan baseball teams because they’re cheap and easy to buy in bulk. Here, Escobar is transforming them into an eagle—a Mayan icon.” 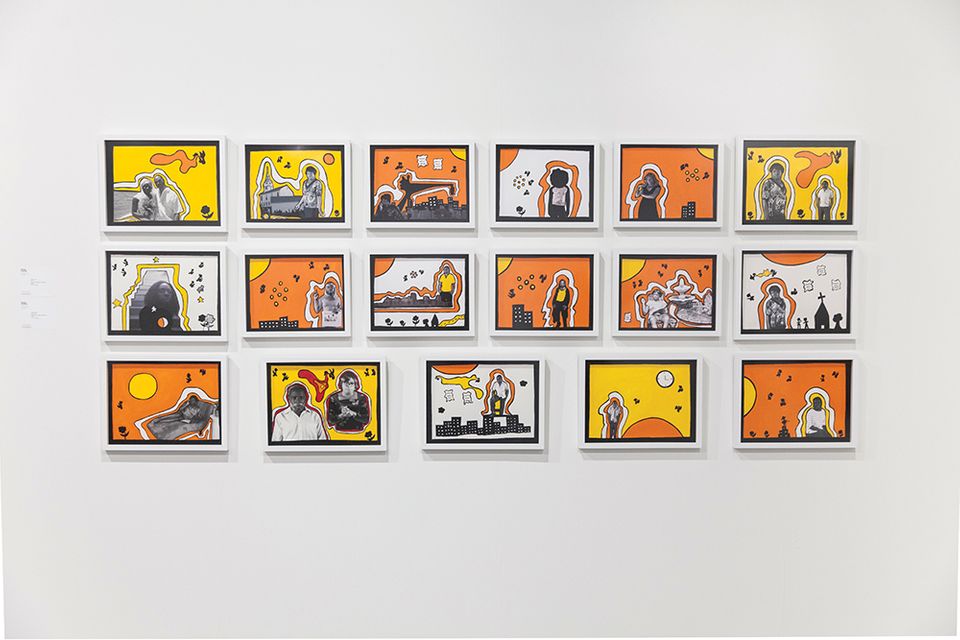 “Kalup shows up every day as his alter ego [named Katonya] and works [on mixed-media collages],” Cameron says. “One of the things that is fascinating about this work is that he is slipping in and out of these different identities. But I think the idea of making objects from those identities was always an obstacle. Kalup has stumbled on a way where, yes, it is a performance, but there are nice-looking collage paintings that come out of it as well. It’s having your cake and eating it, too.” 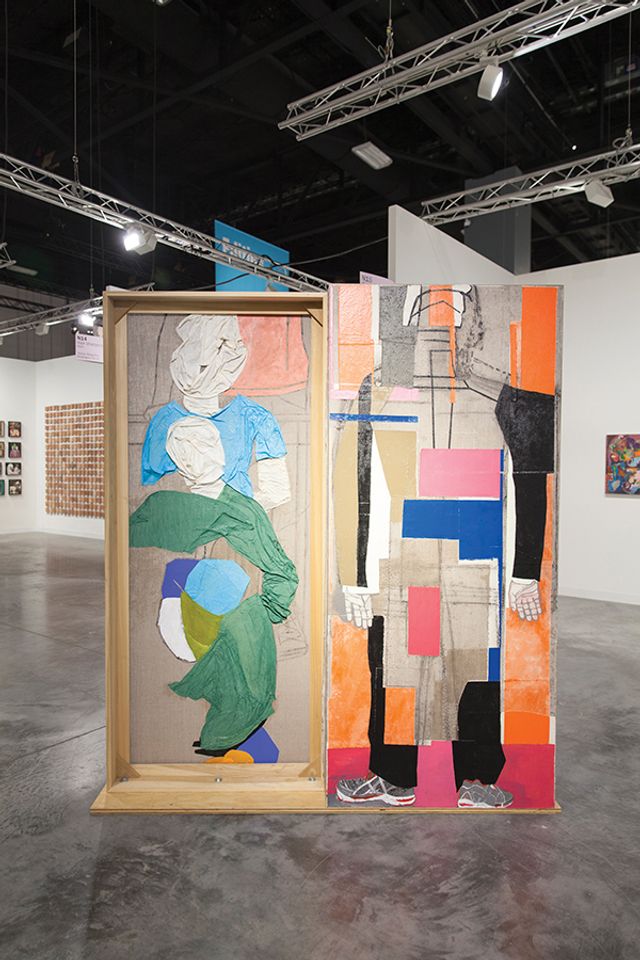 “[Because they] are flat, paintings are usually approached with full frontality, so you don’t really have to do much more with them,” Cameron says. But, he argues, Dona Nelson’s double-sided paintings ask: “What if a painting can’t be seen at once? It’s about her insistence that painting has another life. It’s not just a flat plane—it’s everything that goes into it, what’s behind it and next to it.” Cameron adds: “I like artists who are doing something so individualistic that maybe it takes the whole world decades to catch up.” 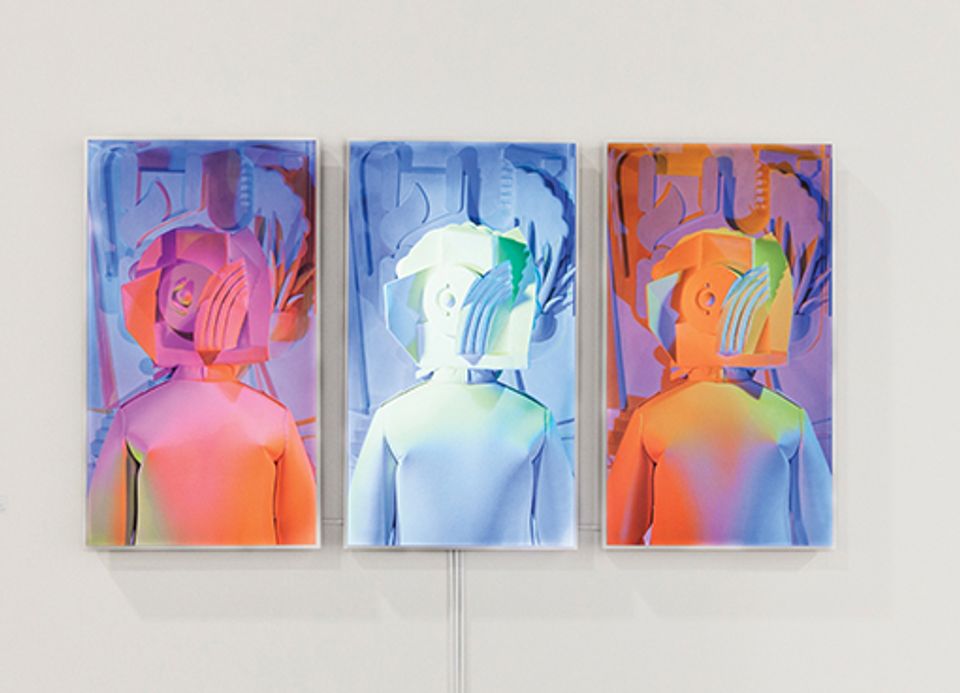 “One of the artists I became crazy about in Los Angeles was this guy,” Cameron says of Brian Bress. Coming to video art and performance from painting and sculpture, Bress “deals with repetition and variation a lot, and performs inside this playful sculptural world that he has created”. At first, this video, a triptych, appears to be completely synchronised. “I think they’re not the same,” Cameron says. “He’s trying to do the same thing, but it’s actually three different positions. So there’s a little Monet’s Haystacks going on here.”