British artist, who represented Britain at the Venice Biennale of 2013, has much to say about an eclectic selection of art

“It can be quite stressful for an artist walking around an art fair, looking at your peers’ work. At Frieze Masters, there’s no stress—it’s actually relaxing, like being in one of those museums that has everything in it. You never know what’s around the corner.”

I studied Tiepolo at the Courtauld. He is that rare thing, someone able to translate the lightness of the drawing into painting. This work has a typical rapid fluidity; no one draws like him. It’s hung near a Burne-Jones drawing that is almost the exact opposite stylistically, with a perverse attention to detail. His was a supernatural talent; I think the Pre-Raphaelites’ oddness is sometimes forgotten. 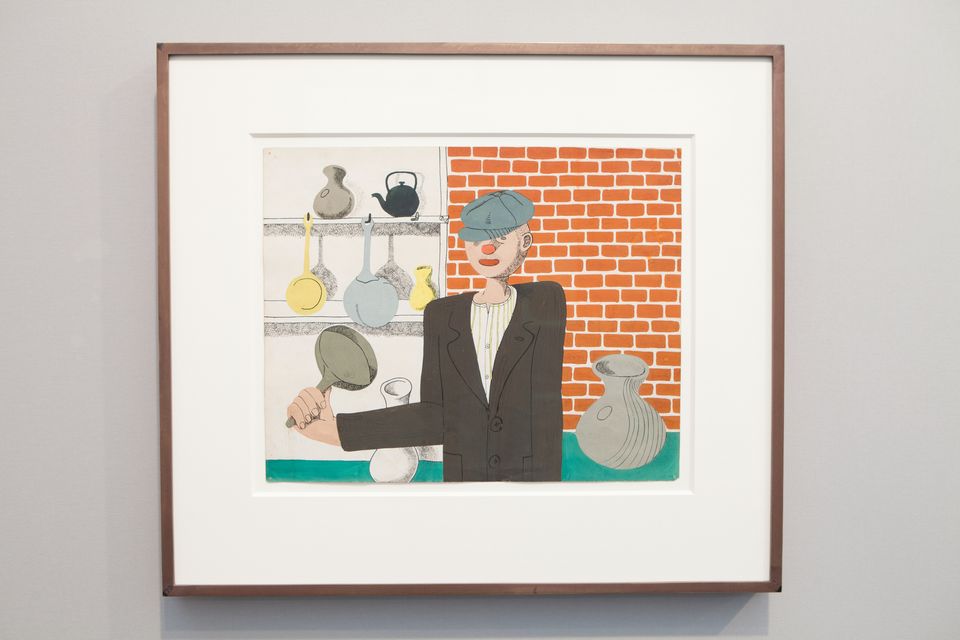 Here you see Hamilton as a struggling commercial artist, near the beginning of his career. It’s appropriate, really, because in a way, he remained a commercial artist all his life. This is a set of drawings made speculatively for a calendar or a book; some kind of illustrated children’s work. They have this nice post-war, 1940s feel, reminiscent of those prints made for children in schools. There’s a sort of Ladykillers-esque feel to them, too—like Ealing comedy. I have a vague sentimental attachment to this gallery. My first job in the art world was with Alan Cristea. I was a technician in the loosest sense of the word, and on my first day at work, I managed to burn a David Hockney print. I sort of hid it and no one was the wiser until now. 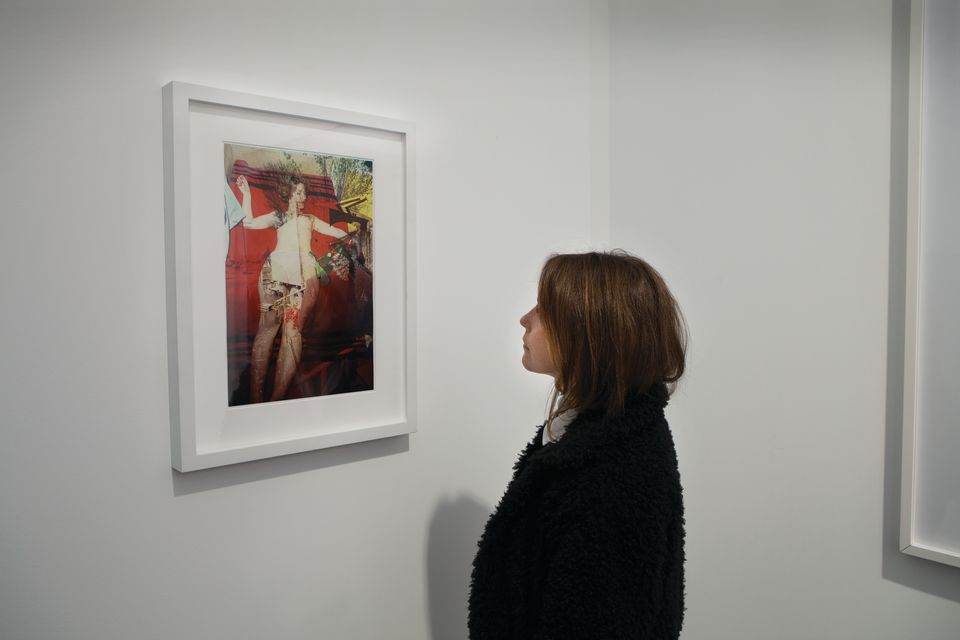 Mikhailov is such an important artist; an obsessive photographer never without a camera around his neck. If you want to know what life was like in Russia in the 1970s, look at Boris’s desolate images of people shuffling through deserted streets. He also used photography as a form of escape and fantasy, like in this image. He got into trouble for making this kind of work because of its soft-porn overtones. He then documented the break-up of the Soviet Union, taking brutal images of homeless people, which I’m glad I don’t have to look at here, to be honest. I like imagery that has double or triple exposures. Often they are accidents; it’s so easy to do with 35mm film, accidentally loading an already exposed film. 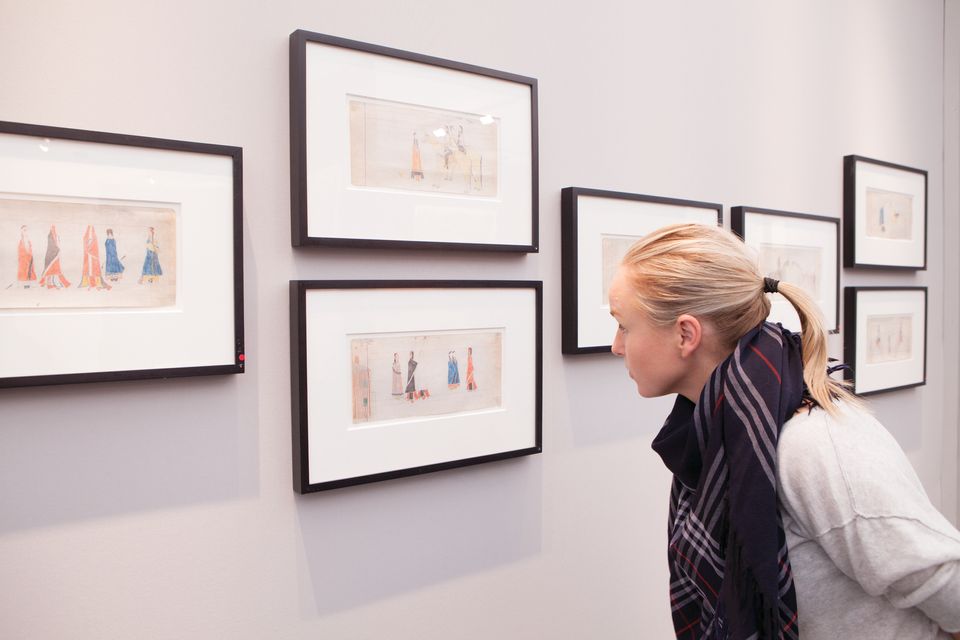 As I understand it, these drawings were made after the Native Americans negotiated settlements with the American government and were forced onto reservations. [When imprisoned at Fort Marion in the period before] they were encouraged to draw their experiences, and then the works were given away. Later, they began to make and sell these drawings themselves. The im age I have chosen has a house in it, but a lot of the pictures depict battle scenes with acts of bravery. All the examples I’ve seen are drawn in the same style, with very little derivation between the different artists or makers. It’s incredibly poignant when you consider the stories; it’s kind of an early art market. A lot of folk art, Outsider art and prison art is based on these unequal power relationships. This is no exception. 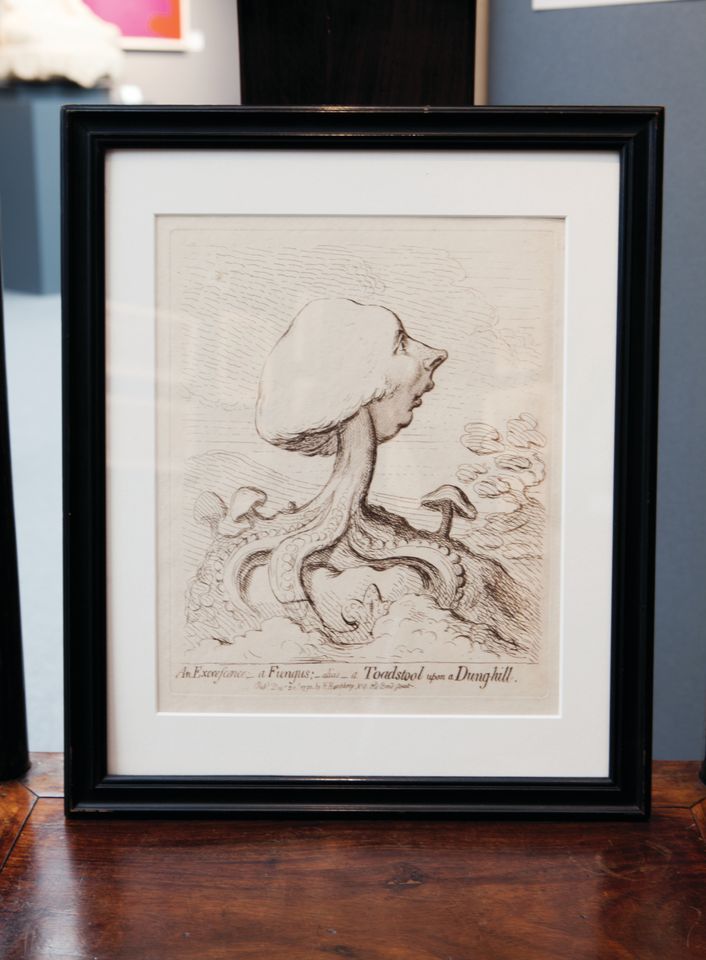 Jamey (published by H. Humphrey), An Excrescence; a Fungus; alias a Toadstool upon a Dung-hill (1791). Photo: David Owens

James Gillray, An Excrescence: a Fungus, alias—a Toadstool on a Dunghill (1791)

I love this piece of Georgian surrealism; our visual [political] culture is so tame and shrunken compared with this. This stand is full of toilet humour and, more importantly, a level of disrespect for the royal family that would be unacceptable nowadays. When I did Venice [Deller represented Britain at the 2013 Venice Biennale], Gillray and Thomas Rowlandson were definitely on my mind for their ability to reframe contemporary events in bizarre, outrageous ways. I’m interested in depictions of animals, especially those that were revered and respected but had to die so humans could live. This stand has a number of beautiful small sculptures of seals, an animal that lends itself to minimal representation. I chose this carved handle for a bag that is decorated with seal heads. The mysterious nature of these artefacts is exciting. There’s also something about the way we’ve elevated possibly mundane objects into art, which is what Pop art did, hundreds of years after a lot of these objects were made.

about 4 hours ago
Must-see institutional shows during Art Basel