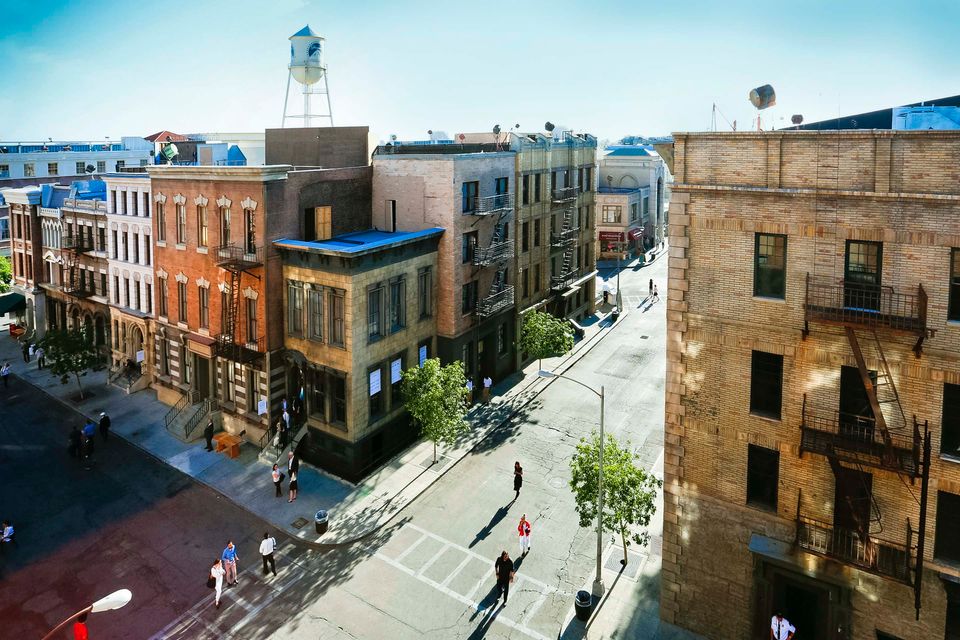 The first Frieze Los Angeles (14-17 February) will make the most of its home at Paramount Pictures Studios by using the venue’s backlot film set—confusingly depicting the streets of New York—for an immersive, disorientating edition of Frieze Projects.

Local and international artists have been invited to create site-specific works, from installation to sculpture and performance, situated on the streets and buildings and within the interiors of this artificial New York City, which will be familiar from countless films and TV programmes.

Frieze Projects in Los Angeles will be overseen by Ali Subotnick, formerly of Los Angeles’s Hammer Museum, who says she “invited artists who live, work or have histories with the city to develop projects responding to the fair’s untraditional site and context. Unlike most  fairs and exhibitions that take place in parks, tents, or traditional white spaces, they are forced to grapple with a land of make-believe, built to be seen on film.” She describes the results as “magical and otherworldly, surreal and hyper-real, but never dull.”

Bettina Korek, the executive director of Frieze Los Angeles, says the idea "emerged out of a desire to embrace and use the whole of the Paramount site...it will be a real flaneur experience, visitors will wander around and encounter the interventions. Ali's career has always been about celebrating the idiosyncrasies of LA, so this fits with that."

"All the artists came to visit the site then proposed projects for specific plots," Korek says, adding: "Paramount is a working lot—they will be filming here on Thursday and Friday."

Barbara Kruger is also among the artists confirmed and her stickers—asking soul searching questions such as “Who will write the history of tears?”, “Are there animals in heaven?” and “Who salutes longest?” (taxing the mental capacity of the average fair-goer)—will lead visitors from the fair’s tent to the film set.

There, the Los Angeles-based Paul McCarthy will present a “monumental inflatable artwork” in the backlot’s financial district, while, within a brownstone building, Sarah Cain will paint an entire interior, from floors to ceilings to walls, and install a new stained-glass piece to create an installation—which also includes a chocolate service, apparently the artist’s guilty pleasure while painting. Next door, Lisa Anne Auerbach will offer much needed counselling sessions about collecting and creativity with a “Psychic Art Advisor”.

Other projects include: Hannah Greely’s paintings hung out to dry on a clothesline outside a Brooklyn apartment block; Catharine Czudej’s sculpture of a construction worker, celebrating the unsung workers who work behin-the-scenes on movies, television, and art fairs; and, taking it back to the commercial aim of the fair, This is competition by Tino Sehgal’s, a “constructed situation” on the Upper East Side space wherein two art dealers compete to sell the artist’s work.

“Frieze Projects have defined the launches of our fairs over the years, I remember the queues to roll down Paola Pivi’s grass slope in London in 2003 and the excitement to be part of the recreation of Gordon Matta-Clark’s Food in New York in 2012," says Victoria Siddall, the director of Frieze Fairs. "They have been agenda-setting too—Roman Ondak’s artificial queue ('Good Feelings in Good Times') became the first piece of performance art ever bought by Tate in 2004. Seeing how artists have responded to the setting of Paramount Studios has been fascinating, Ali’s programme of projects will make Frieze LA an incredibly unique experience – I can’t wait to see them come to life.”