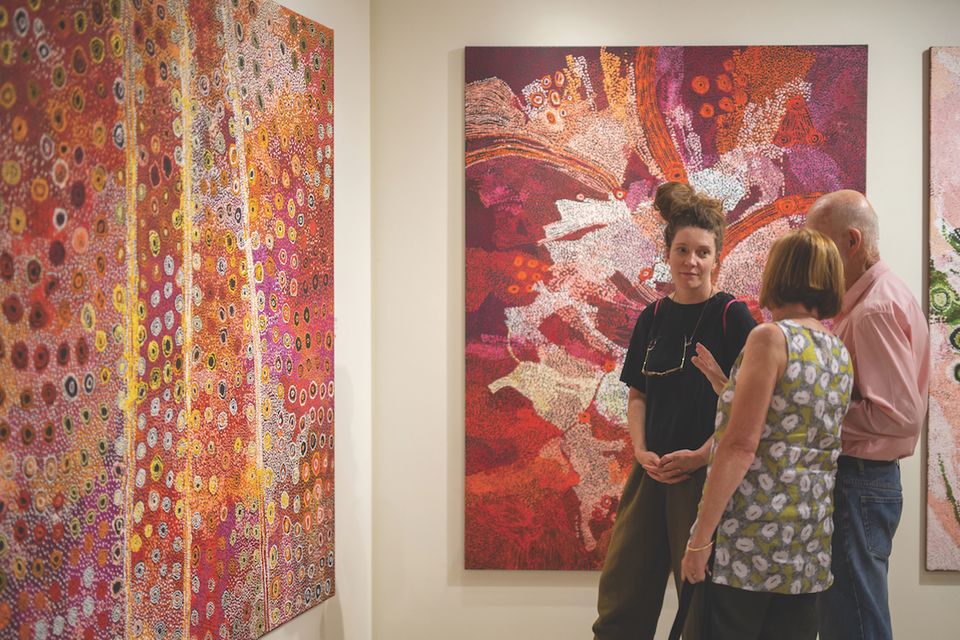 With a lack of dedicated gallery space, much of the Indigenous art in public collections is never seen by the public Rhett Hammerton/NT Department of Tourism, Sport and Culture

As Australia takes tentative steps towards constitutional reform that would give Indigenous people a “voice to parliament”, ambitious plans for two Aboriginal art museums are attracting high-level support as well as bitter controversy.

The Northern Territory government proposes a National Aboriginal Art Gallery for Alice Springs, a town with a population of 25,000 in the geographic heart of Australia. Under Michael Gunner, the chief minister, the territory committed A$50m ($34m) to the project in 2016, with the hope of attracting further funding from the federal government and private sources.

The South Australian government under Steven Marshall, the state premier, allocated A$150m ($102m) in June to developing an Aboriginal Art and Cultures Gallery in Adelaide “with the final design and cost to be determined after receipt of the business case”. In March, the federal government pledged A$85m towards the Adelaide museum as part of a ten-year deal to boost the local economy.

Announcing the idea as a campaign pledge before the 2018 South Australian election, Marshall said: “The absence of a national gallery for Aboriginal Australia’s cultural and artistic heritage is a significant omission by Australian governments and a fantastic opportunity for South Australia.”

But the arts administrator Michael Lynch, the former chief executive of the Sydney Opera House and the West Kowloon Cultural District Authority in Hong Kong, has raised concerns that two museums would compete for collections, audiences and funding. He tells The Art Newspaper that his relationship with the Alice Springs and Adelaide projects had been “vexed”, citing ­political interference, a lack of Indigenous consultation and a wasted architectural competition.

Lynch was one of five museum experts appointed in February 2017 to advise the Northern Territory government on a gallery in Alice Springs to celebrate Indigenous art from a national perspective. The steering committee was led by Hetti Perkins, a respected Indigenous art curator, and Philip Watkins, the chief executive of Desart, which represents central Australian arts and craft centres. 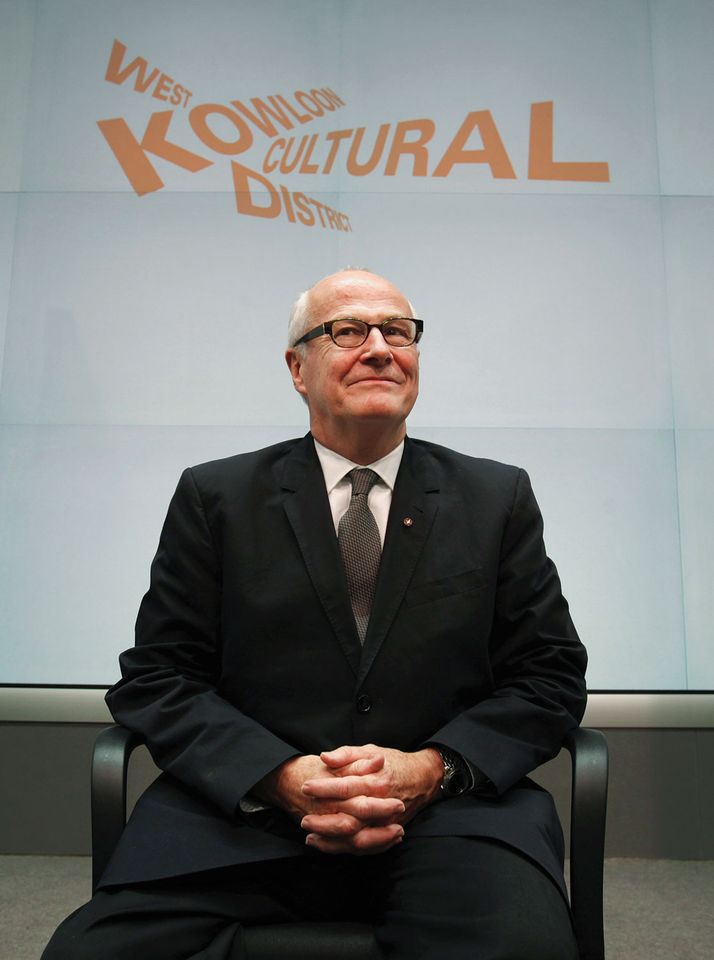 The experts’ report, delivered last November, recommended the museum be built at a scenic site called Desert Park, seven kilometres from Alice Springs. But Lynch describes “incredible political interference” from the chief minister, who preferred a central location. “He then effectively got rid of us and established a new committee. The Indigenous contribution [to the project] seemed to have been significantly downgraded,” Lynch says.

The co-chairs of the new government “reference group” are Gerard Vaughan, a former director of the National Gallery of Australia, and Franchesca Cubillo, the gallery’s senior curator of Aboriginal and Torres Strait Islander art. Vaughan counters that the group does have high-level Indigenous input, from Cubillo and the Maningrida bark painter John Mawurndjul, among others.

When it opens, the Alice Springs museum needs to be “Indigenous-run”, Vaughan adds. “Our job is to advise the Northern Territory government plus the other stakeholders, mostly the traditional owners [of the local area], to make sure that everyone is singing from the same hymn sheet.” In January, ten Aboriginal families vetoed the government’s alternative site, the Anzac Oval playing field.

The Northern Territory’s minister for tourism, sport and culture, Lauren Moss, plays down the impasse. “Discussions are under way to identify a suitable central business district location,” she says, adding that funding and support will still be sought from the ­government and other investors.

However, according to the federal minister for Indigenous Australians, Ken Wyatt, the government has “not received any formal requests to be involved in this project”. He says plans for Adelaide’s Aboriginal gallery are being coordinated by the federal department of infrastructure, transport, cities and regional development. 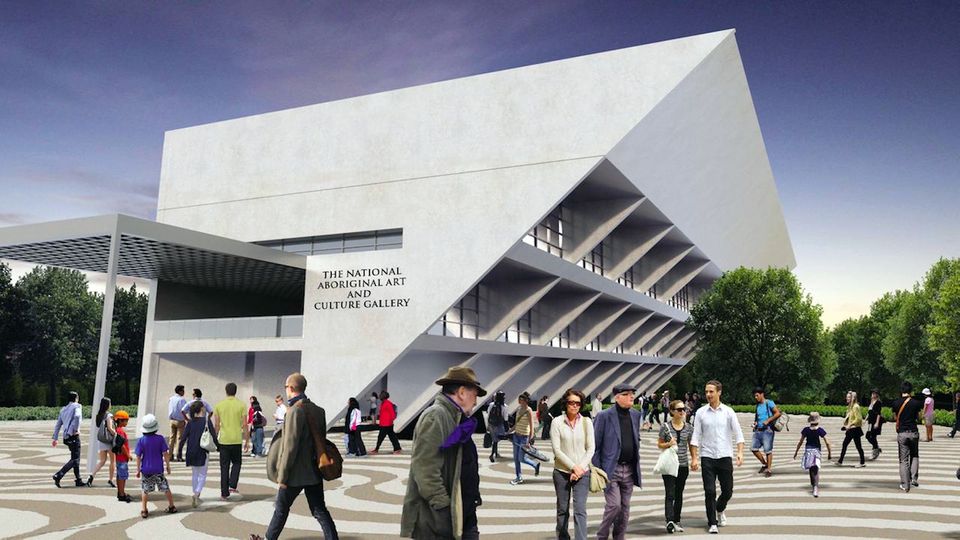 Adelaide has plans for a new museum, drawing on the existing Aboriginal collection of the city's South Australian Museum

While the Adelaide museum has a firmer financial footing, Michael Lynch criticises the “ill-formed proposal” endorsed by South Australia’s Liberal government. Under the previous Labor administration, Lynch was engaged to chair an international design competition for Adelaide Contemporary, billed as a gallery to display Aboriginal art alongside works by Asian and European artists. The winning concept by Diller Scofidio + Renfro and Woods Bagot, announced in May 2018, has “been flicked aside” by Marshall, Lynch said.

Officials insist there is a deep need for the new museums to bring Aboriginal collections out of storage. According to Marshall, the South Australian Museum in Adelaide has “the world’s most significant Australian ­Aboriginal cultural collection” but only a tiny proportion can be displayed because of space limitations. Vaughan says the Alice Springs venue will draw from the huge Indigenous art holdings of the National Gallery of Australia in Canberra and the Museum and Art Gallery of the Northern Territory in Darwin, among others.

Perkins argues there is room for at least two major new galleries of Indigenous art. “The range and diversity of work by Aboriginal and Torres Strait Islander artists warrants far greater exposure,” she said. “We have public galleries and museums in every capital and most regional towns, the majority of which show little or no Indigenous art.”

Tony Albert, an Indigenous artist whose memorial honouring Aboriginal and Torres Strait Islander soldiers was unveiled in 2015 in Sydney’s Hyde Park, thinks there should be “dedicated Aboriginal cultural centres in all states and territories of Australia”. Far from seeing two such projects as rivals, Albert said: “Intrinsic links should be made [between] each of them in caring for and highlighting Aboriginal art and culture at the highest ­possible platform.”