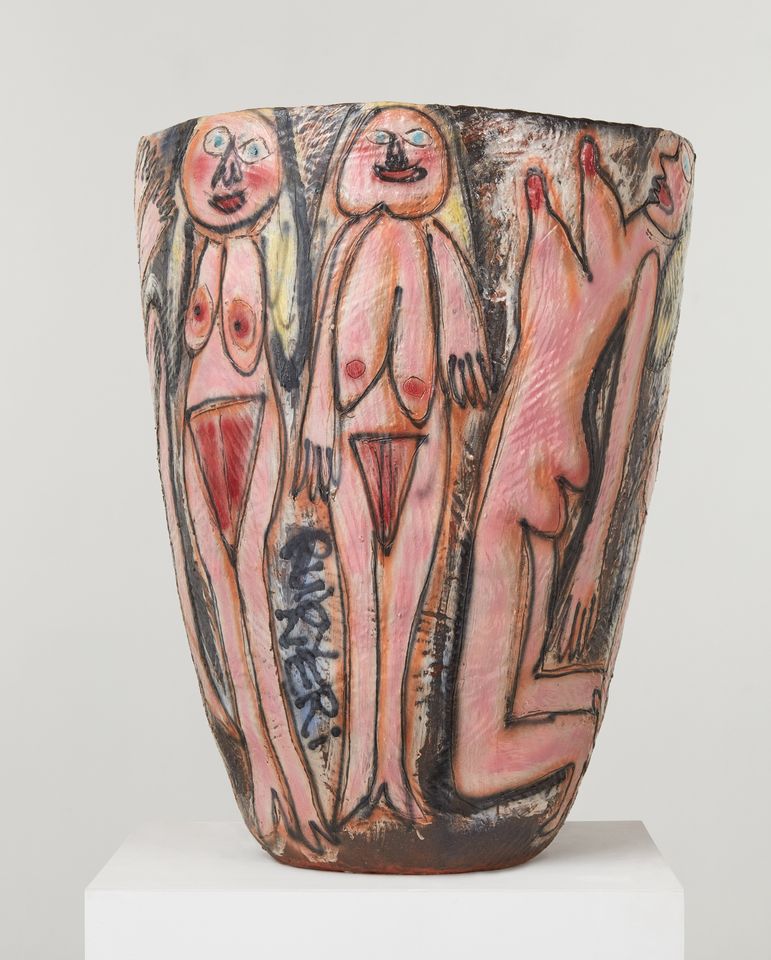 Galleries participating in the 44th edition of Fiac (Foire internationale d’art contemporain) at the Grand Palais for the first time say that they have been highly strategic in their artist selection, bringing break-out works to new audiences in both France and Europe. More than a fifth of the exhibitors at the fair—41 galleries out of 193 in total—are newcomers or returning after a hiatus. The fair opens to the public today (until 22 October).

The Los Angeles-based David Kordansky Gallery last took part in Fiac three years ago. The main motivation for coming back was to present a group show of artists who have “had little exposure outside of California”, says Mike Homer, a partner at the gallery. The tactic paid off; Ruby Neri’s Untitled (traditional pot, 2017; $22,000) emblazoned with Picasso-esque nudes sold within the first 15 minutes of yesterday’s VIP preview day.

The gallery’s other sales included a new sculpture by the US artist Evan Holloway (Fiberglass Sculpture with Incense Smoke, 2017; $85,000) and Calvin Marcus’s Automatic Drawing (untitled) (2017), priced at $35,000. 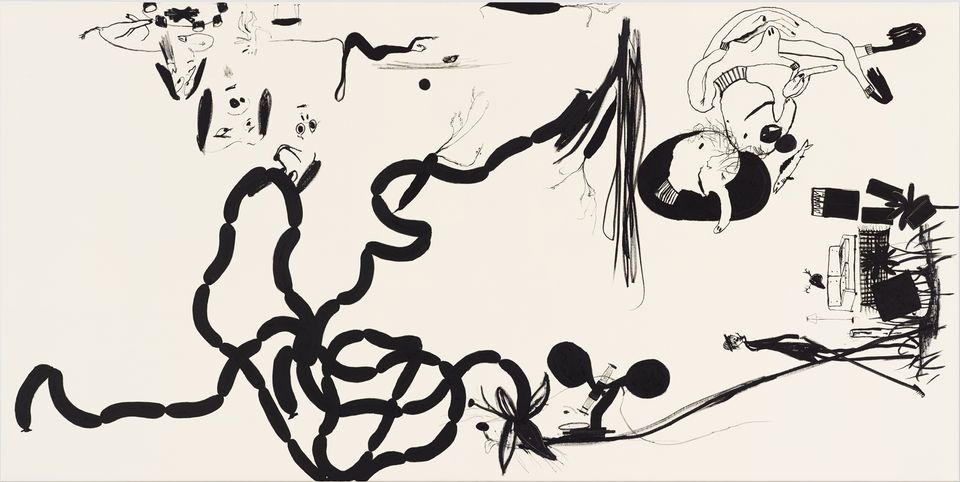 Waldburger Wouters gallery of Brussels, founded eight years ago, considers Fiac a prime platform for Lynn Hershman Leeson, the established US film-maker. The solo presentation of her works, ranging in price from €15,000 to €20,000, is filling a gap, says the gallery co-founder, Patrick Waldburger. “France is a blind spot for her works,” he says, seeking French and Belgian collectors in particular.

Another first-time dealer, David Lewis of New York, is showing two paintings by Israel Lund, priced at $45,000 each, and a series of digitised drawings depicting snowflakes by the New York artist Jared Madere ($15,000 each). “Neither of these artists have shown extensively in Europe,” Lewis says.

This year’s edition also saw design galleries back in the fold for the first time since 2008. Five design dealers, all French, are grouped together on the ground floor at the back of the Grand Palais nave. The relaunched section is a bold move on the part of the fair director Jennifer Flay. "Space is a major constraint, and this is why we had to suspend design after being the first art fair to integrate it. However, I have always been keen to find a way to bring design galleries back into the fair," she says.

The design dealers are counting on aspirational, cross-over collectors to shore up their sales. Hélin Serre, the director of Laffanour Galerie Downtown/Paris, says that the relationship between the design and contemporary art fields has strengthened in the past 15 years. “The new generation likes mixing things up,” he says. A pair of painted steel tube “visiteur” armchairs by the mid-century Modern designer Jean Prouvé are available with the gallery, priced at €350,000. He sold a 1958 bookcase designed by Charlotte Perriand during yesterday’s VIP day (price undisclosed).

Meanwhile, long-time Fiac attendees were keen to point out why the French fair still matters. “It has always been a key fair for us. Even more so since we decided for the first time this year not to participate in the Biennale des Antiquaires [now la Biennale Paris],” says Franck Prazan, the founder of the Paris gallery Applicat-Prazan. He sold a painting by Pierre Soulages, titled Peinture 13 November 1956, for €2m.

Anne-Claudie Coric, the executive director of Paris gallery Galerie Templon, said that sales were immediate. “We sold our Jim Dine self-portrait from 2017 for $350,000, and our George Segal 1971 sculpture, entitled Miles and Susie, for $150,000.” Collectors were also keen on emerging artists such as Omar Ba from Senegal. “We sold five of his paintings,” she says.

“FIAC definitely attracts a different group of clients [to London and New York] notably from Italy, Belgium and France. It’s a European fair both in the clientele and its mentality,” says Susan Dunne, the president of Pace in New York. The gallery sold works by Kiki Smith, Raqib Shaw and Robert Irwin during yesterday’s VIP day. The starry clientele at the VIP preview included the actress Kristin Scott Thomas and Brigitte Macron, the wife of the French president, and the French culture minister Françoise Nyssen.