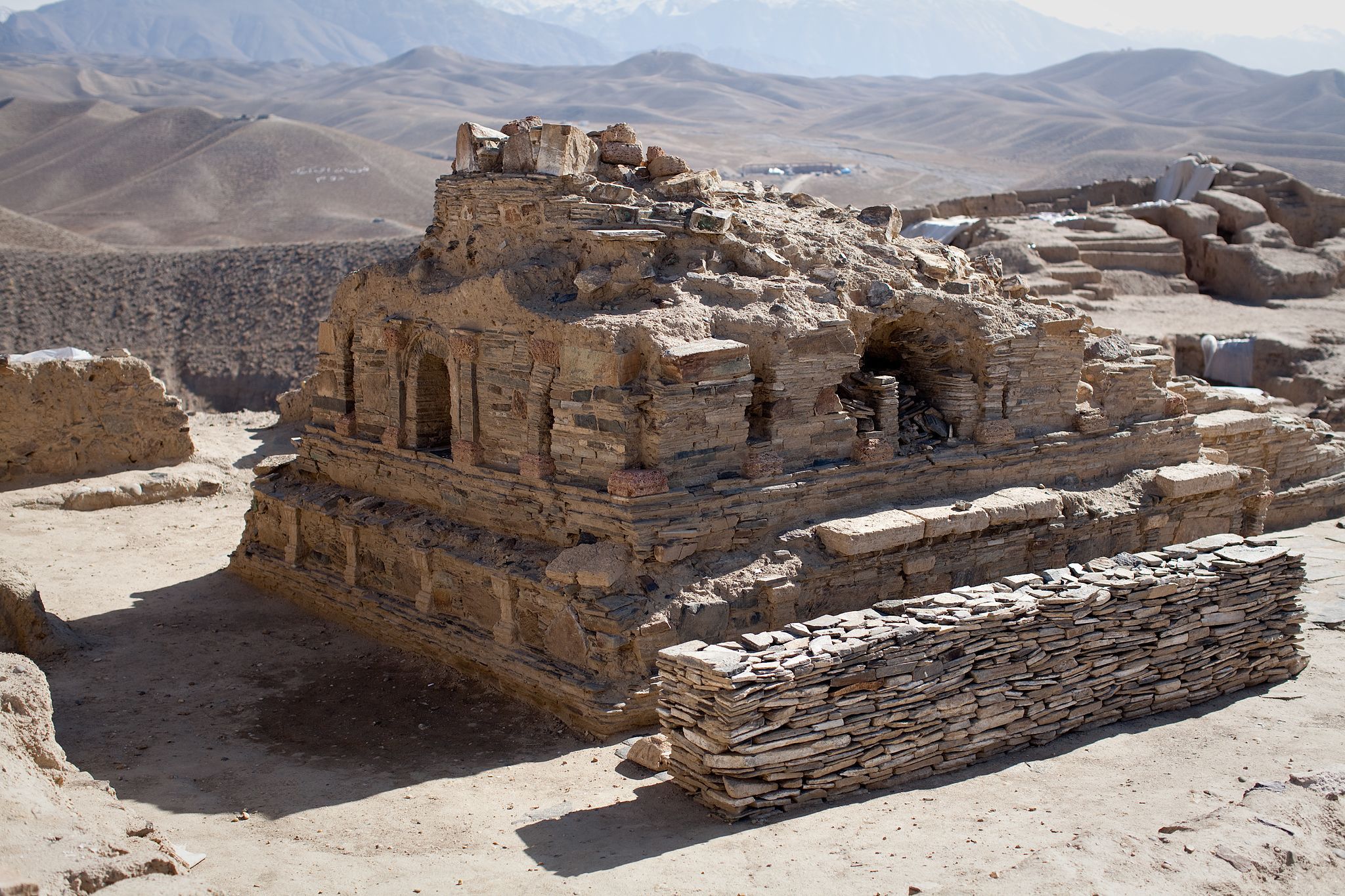 With the Taliban takeover of Afghanistan, experts are worried about the fate of Mes Aynak, an ancient Buddhist city around 40km southeast of Kabul. Once a major stop on the Silk Road, the site encompasses around 400 statues and wall paintings across a citadel, numerous monasteries, stupas and small forts. Active from the first to the eighth century, it provides an extraordinary window into the development of Buddhism in the region.

The threat to Mes Aynak comes not, in fact, from the Taliban’s extremism, but from the long-delayed development of the site. The ruins sit atop 450 million metric tonnes of copper ore; one of the largest copper deposits in the world. Estimated to be worth at least $50bn, it is a great boon for those who hope to extract it.

In 2008, the Afghan government signed a 30-year lease to a consortium of state-owned Chinese mining companies, led by the China Metallurgical Group Corporation (MCC), for $3.4bn. As part of the deal, MCC pledged to build the mine and the infrastructure around it—including a railway and roads for transportation and a generating plant to power the smelter—and offering a one-year timeframe in which to assess the archaeological site. 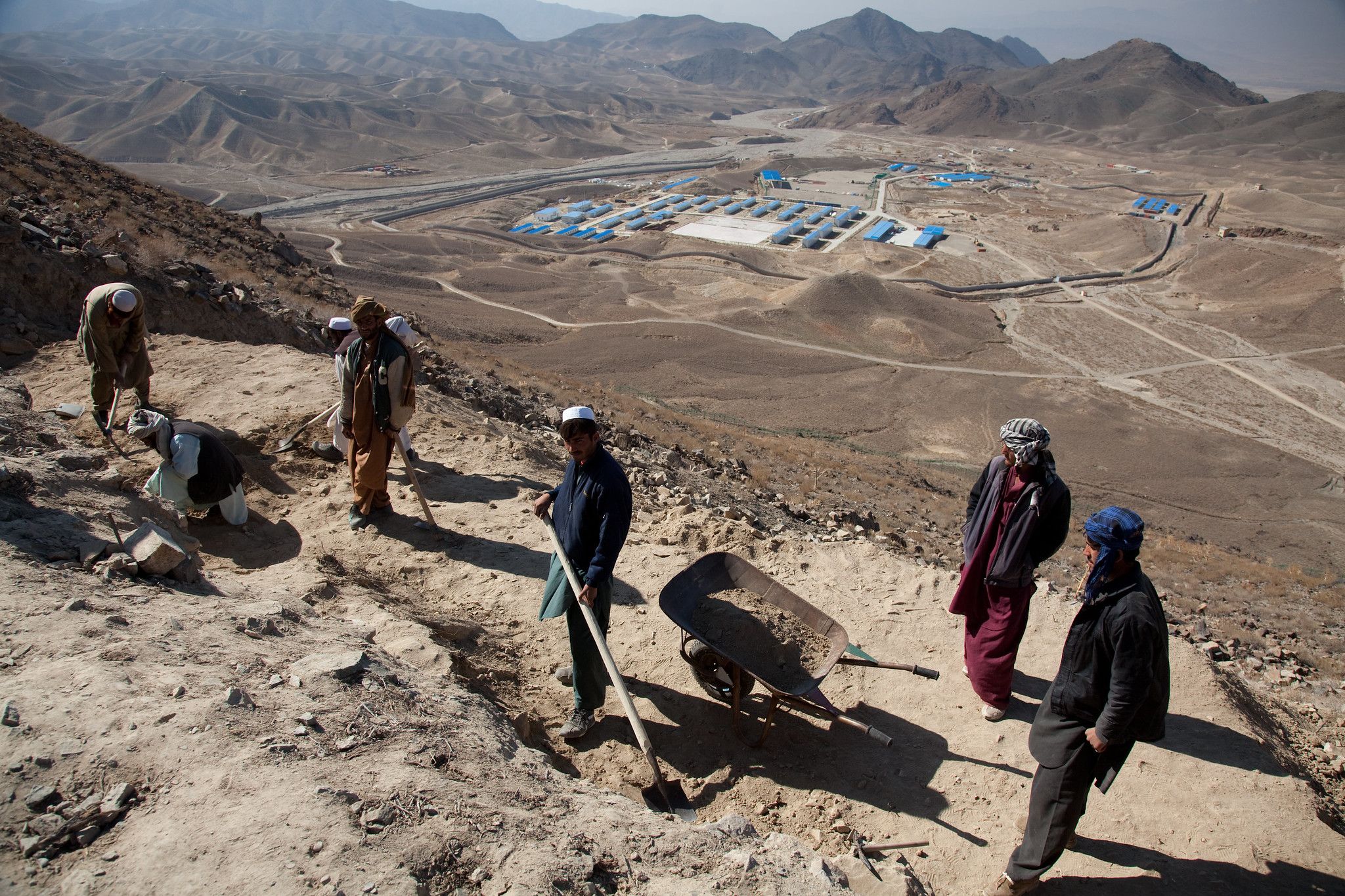 The Chinese mining company MCC built a camp at Mes Aynak while archaeologists have been racing to excavate the ancient Buddhist site Photo: Jerome Starkey, 2011

However, no development has gone ahead. The reasons are not straightforward but include logistical factors in terms of processing the ore, the security situation in Afghanistan, allegations of corruption and an awareness campaign. The latter included the international documentary Saving Mes Aynak and efforts by international heritage activists, the local community and Afghan archaeologists.

Now, many fear that this hiatus is at end. In July, the Taliban held a high-level meeting with the Chinese where they discussed economic infrastructure projects in the country, including mining contracts such as Mes Aynak. And in 2016, though they were not in control of Logar Province, where Mes Aynak is situated, the Taliban issued a pronouncement specifically naming the project as one they would assist in going ahead.

“There are two problems facing Mes Aynak now,” says Philippe Marquis, the head of the Délégation archéologique française en Afghanistan (DAFA), which has been supporting the country’s former Ministry of Information and Culture in excavating the site. The first is archaeological: the currently excavated material needs to be transferred to Kabul to be properly restored, and the site itself needs to be protected from the elements. The second, he continues, is the Chinese contracts, which are now almost sure to be revived. 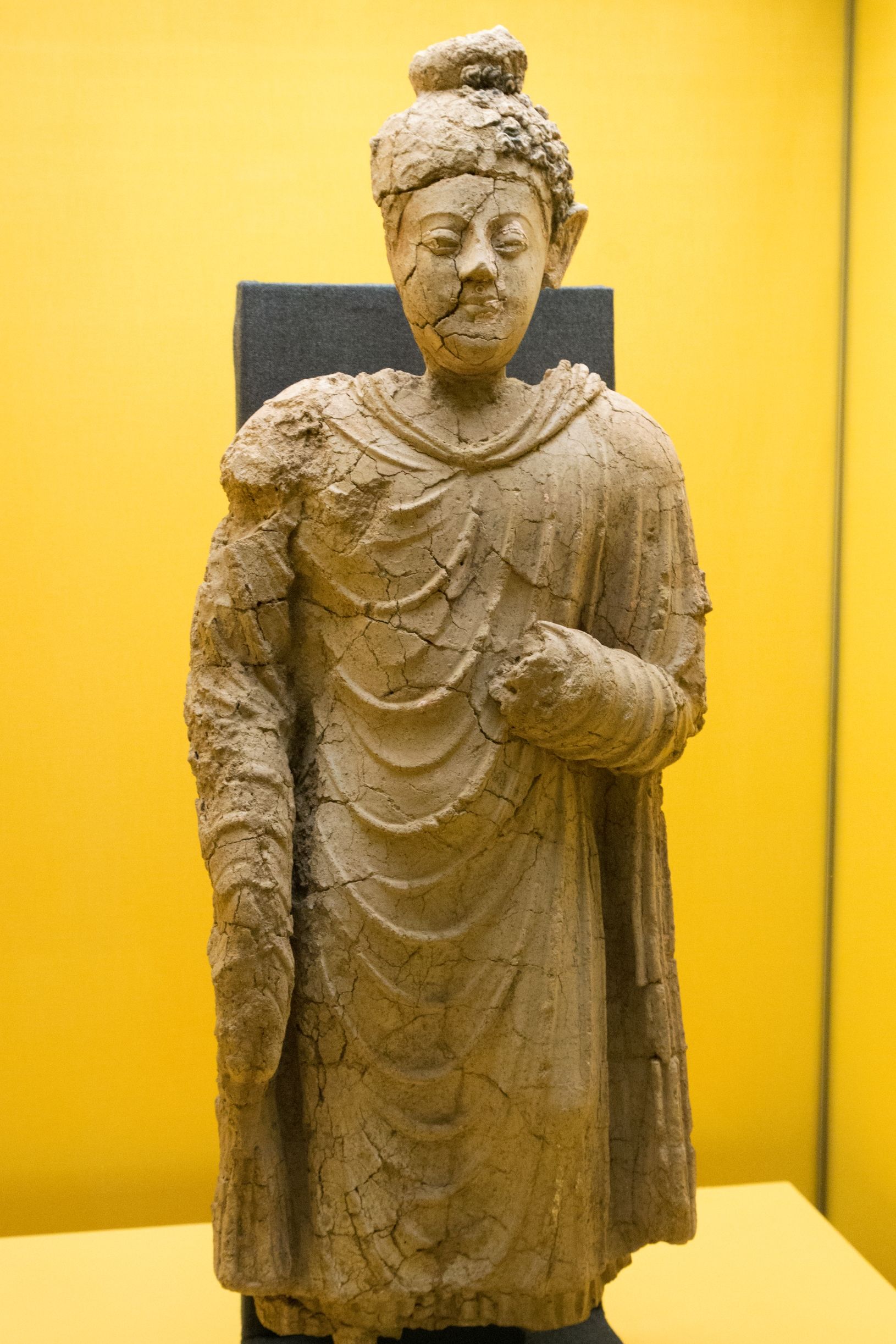 The archaeologists made good use of the 14-year break in development, when the full importance of Mes Aynak was revealed. “It's the first real documentation of the relation of the Buddhist community with industrial activity,” says Marquis. “Afghanistan is very important in the history of Buddhism. We never before had the opportunity to understand the link between this community and the economical and political life of the country.”

Two thousand years ago, the inhabitants of the city mined the rich copper that puts Mes Aynak at risk now, as made clear by evidence of former mines, smelting workshops and workers’ habitations. A Zoroastrian fire temple and a Bronze Age settlement have also been discovered.

Marquis says he has received word from the local elders that they are keen for the cultural heritage workers to return, which he says will happen once the situation there is stable enough.

If the mining contracts do now go ahead, Mes Aynak will start watching the clock: the MCC will need to build a railroad in order to remove the copper and will request the clearance of the archaeological remains. This could give the cultural heritage workers as little as five years to secure the site’s contents—or raise awareness to save the site entirely—before it is destroyed.

“The data that we have collected from Mes Aynak is huge, but what we can expect is even bigger,” says Marquis. “We still have a lot to do.”