FBI recovers painting suspected as Nazi loot from US museum

Gari Melchers's painting of a winter landscape, which was in the Arkell Museum in the state of New York, belonged to the media mogul Rudolf Mosse 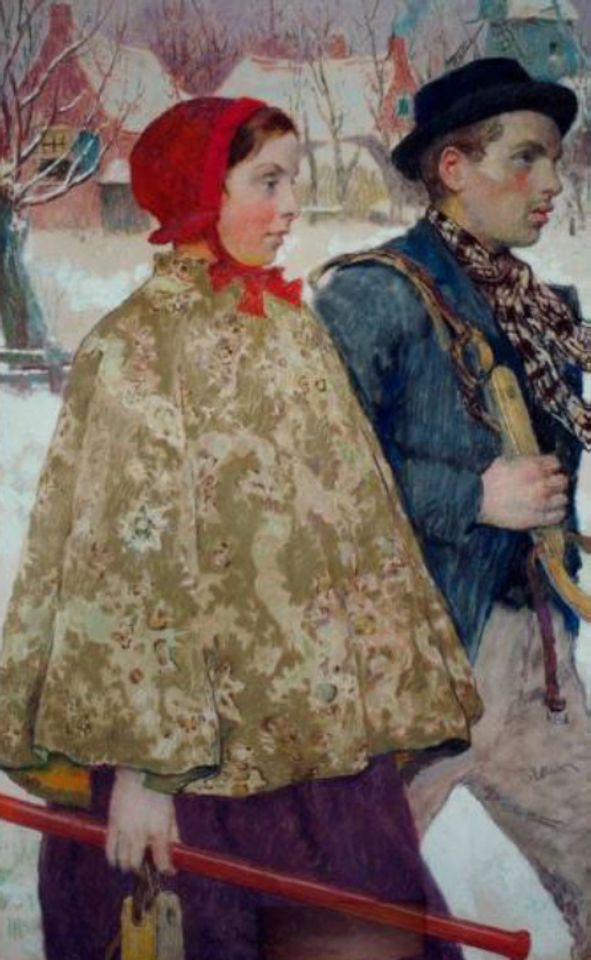 The US Federal Bureau of Investigations last month recovered a painting from the Arkell Museum in the state of New York after establishing that it was looted by the Nazis from the family of a Jewish media mogul before the Second World War.

The painting, Winter by Gari Melchers, once belonged to Rudolf Mosse, one of the richest men in Germany at the end of the 19th century. His heirs created the Mosse Art Restitution Project in 2012 to try to recover his vast art collection. In 2017, they received funding from the German government for the Mosse Art Research Initiative (MARI) to trace missing works.

The Melchers painting of skaters was one of eight the MARI project traced in its first year. A researcher spotted it on Facebook when the museum posted it before the Christmas holidays. An initial approach by the Mosse Art Restitution Project “was not successful in engaging the museum regarding our claim,” says Roger Strauch, Mosse’s step-great-grandson. The intervention by the FBI and district attorney was “impressive and effective,” he says. The painting is still in the possession of the FBI in Albany, New York.

Suzan Friedlander, the executive director of the Arkell Museum, says the museum was “very upset to learn the history of the painting’s seizure from the Mosse family by the Nazis in 1933.” The museum, she says, “willingly turned over the painting to the FBI, waiving all right, title and interest in the painting.” Friedlander says she hopes representatives of the museum will attend a return ceremony to be held next year.

Rudolf Mosse’s empire published 130 newspapers and journals. His three-story neo-Baroque palace on Berlin’s Leipziger Platz was known in artistic circles at the time as the “Mosseum.” After his death in 1920, he bequeathed his estate to his daughter, Felicia Lachmann-Mosse. His publishing house was managed by his son-in-law, Hans Lachmann-Mosse.

But under the Nazis, his flagship newspaper, the Berliner Tageblatt, quickly became a symbol of the hated “Jewish press.” Felicia and Hans Lachmann-Mosse fled to Switzerland in 1933 and later emigrated to the US. Their inherited art collection was seized and handed to the Nazi dealer Karl Haberstock as a trustee. Much of it was sold at auction in Berlin in 1934.

Winter was among the works sold at the Rudolf Lepke auction house in Berlin, It found its way to New York, and was purchased by the industrialist Bartlett Arkell at the MacBeth Art Gallery in 1934. It became part of his personal collection in Canajoharie, which later became the museum’s collection.