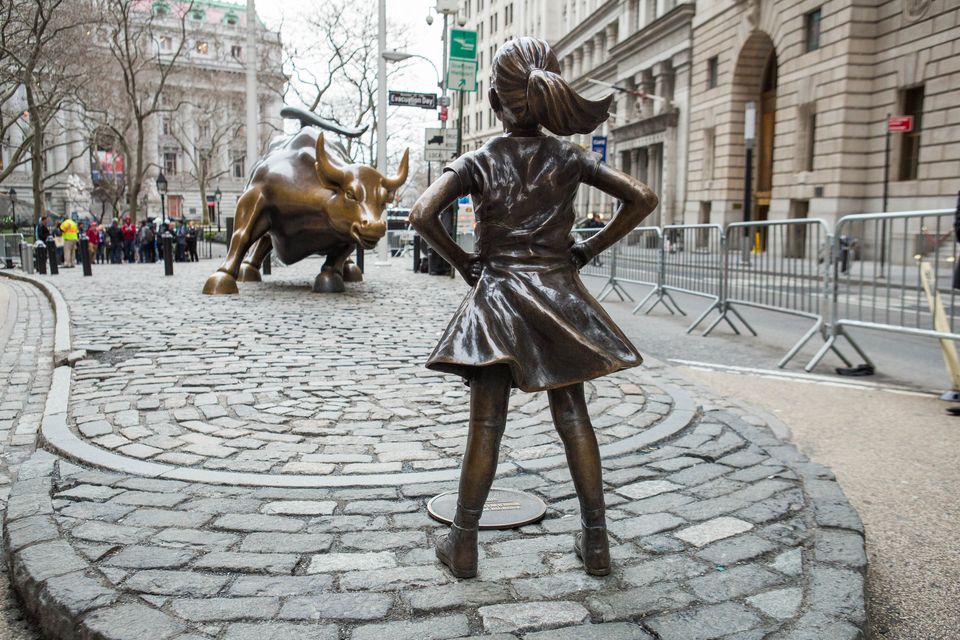 Downtown New York’s Fearless Girl statue, which has drawn crowds since it was installed last year staring down the Financial District’s Charging Bull sculpture, will be moved to a more permanent location outside of the New York Stock Exchange building sometime this year, according to a statement released by City Hall today (19 April). But the relocation could also affect the unofficial mascot of Wall Street, which has stood in the same spot on Bowling Green for nearly 30 years.

On National Women’s Day last year, the Boston-based financial firm State Street Global Advisors installed the bronze statue by the Uruguayan artist Kristen Visbal opposite the Charging Bull, another piece of guerilla art by the Italian artist Arturo Di Modica that was surreptitiously installed in New York’s financial district in 1989. The firm says the statue was part of an initiative to increase the number of women on corporate boards. New York City mayor Bill De Blasio says the statue is a “powerful symbol of the need for change at the highest levels of corporate America, [which] will be came a durable part of our city’s civic life”.

A statement released by City Hall states that crowds taking photos with the statue caused a traffic and safety hazard. Di Modica’s statue may also be moved, although it is unclear to where or when. A spokesman for De Blasio told the New York Times: “The mayor felt it was important that the ‘Fearless Girl’ be in a position to stand up to the bull and what it stands for. That’s why we’re aiming to keep them together.” But the artist and his lawyer make fight in court to keep the bull in place.