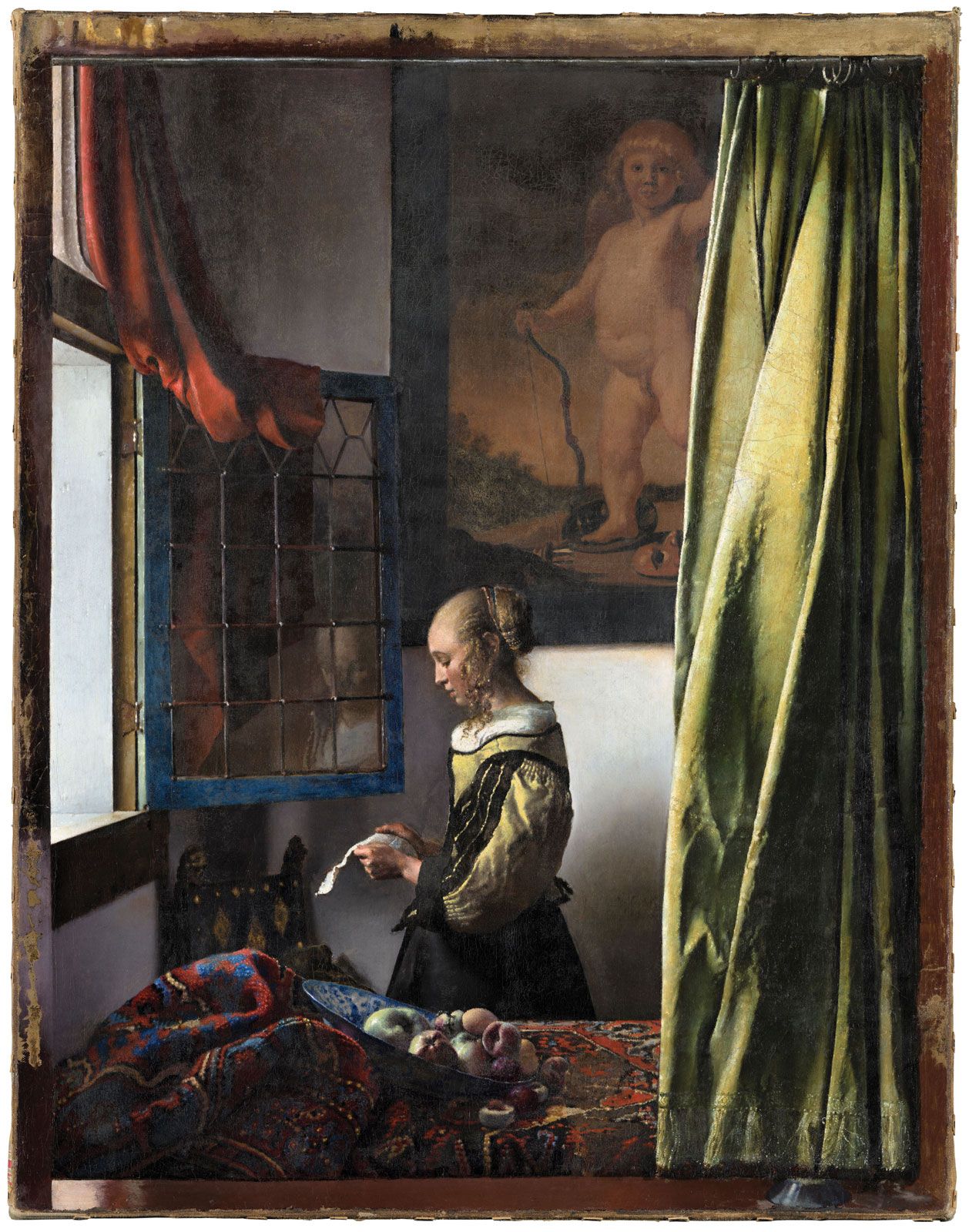 Art lovers get ready to be struck by Cupid’s arrow, as the first image of the completed restoration of Johannes Vermeer’s Girl Reading a Letter at an Open Window (around 1657-59) has been released today by Dresden’s Gemäldegalerie Alte Meister, fully revealing a hidden image of Cupid. The change to the composition in one of Vermeer’s most famous paintings is so great that the German museum is dubbing it a “new” Vermeer in publicity materials.

The painting has been in the museum’s collection for more than 250 years and the hidden Cupid had been known about since an x-ray in 1979 and infrared reflectography in 2009. It had been assumed that the artist himself had altered the composition by covering over the painting of Cupid. 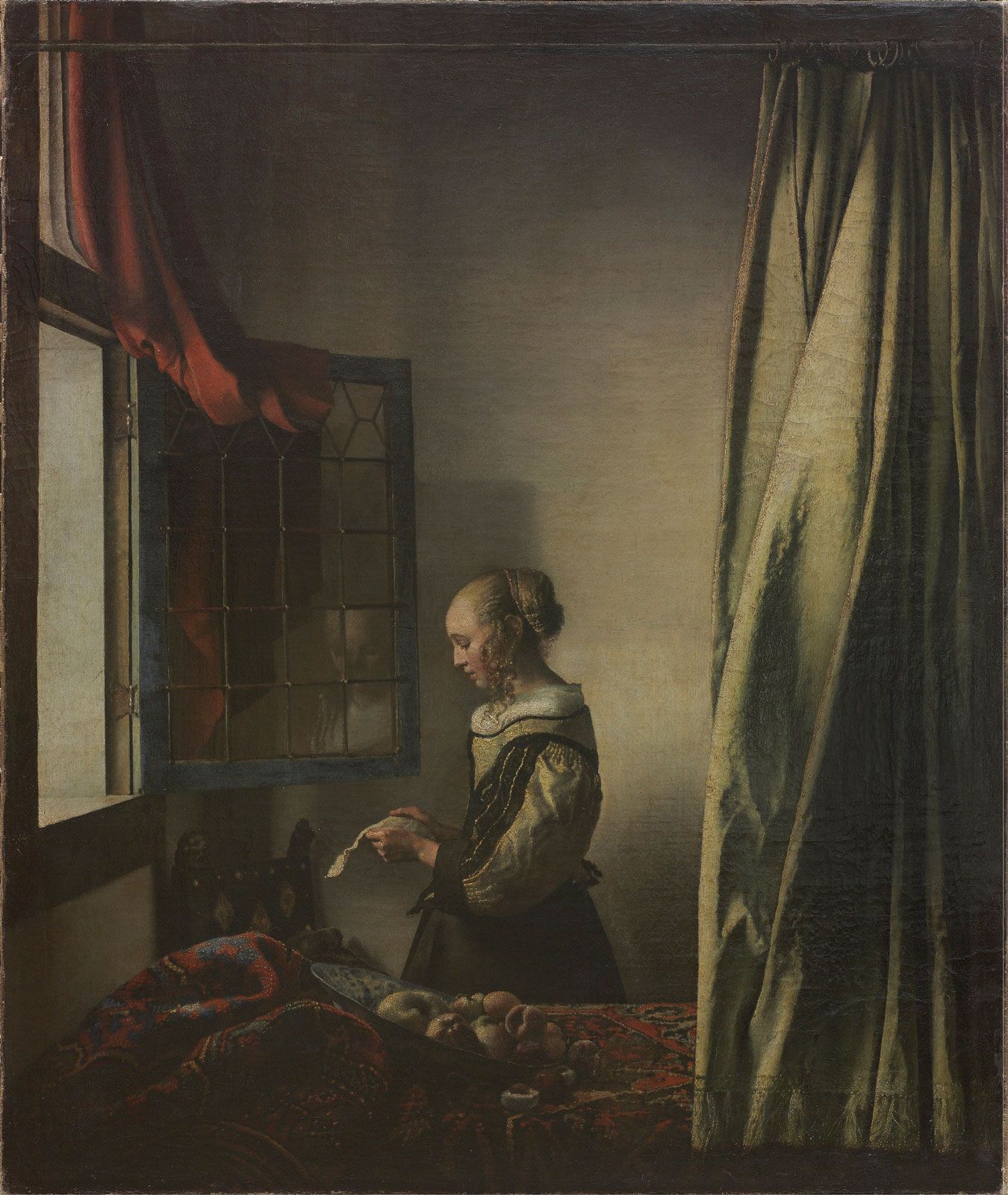 Girl Reading a Letter at an Open Window (around 1657-59) before its most recent restoration © Gemäldegalerie Alte Meister, SKD, Photo: Wolfgang Kreische

Following further investigations, including tests in an archaeometry laboratory, it was discovered that layers of binding agent and a layer of dirt existed between the image of Cupid and the overpainting. The conservators concluded that several decades would have passed between the completion of one layer and the addition of the next and therefore concluded that Vermeer could not have painted over the Cupid himself. 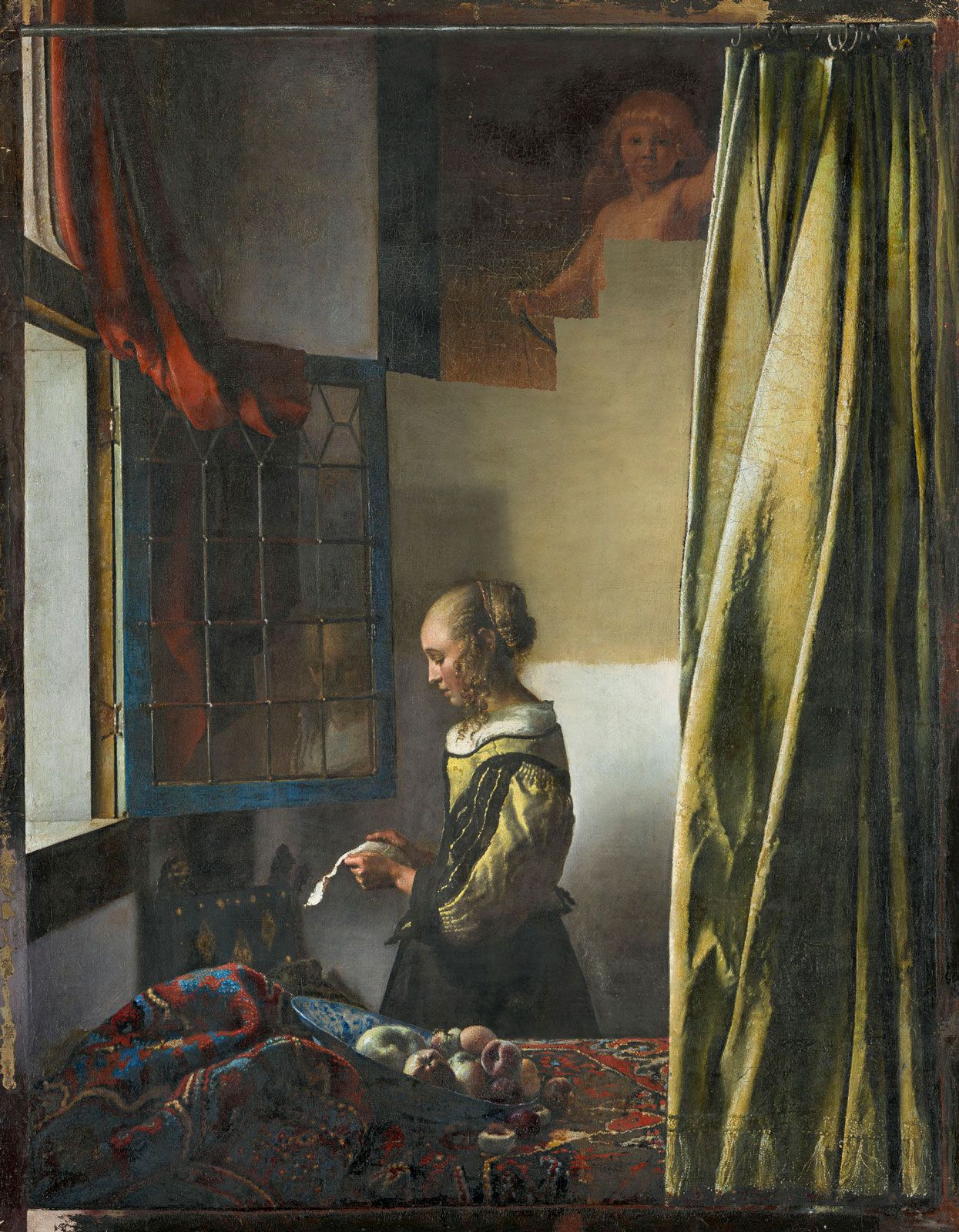 When the discovery was announced to the public in 2019, the senior conservator Uta Neidhardt said that it was “the most sensational experience of my career”. She added: “It makes it a different painting.”

The layer of overpaint was meticulously removed using a scalpel under a microscope, revealing the startlingly altered composition. The painting will go on show next month for the first time since the restoration as the star piece in a major exhibition titled Johannes Vermeer: On Reflection (10 September-2 January 2022) at the Gemäldegalerie in Dresden. The exhibition will include ten Vermeer paintings in total, making it one of the most significant shows on the Dutch Old Master in recent years (there are only around 35 extent Vermeer paintings).

Among the standout loans in the show are The Geographer (1669) from the Städel Museum in Frankfurt; View of Houses in Delft/The Little Street (around 1658) from the Rijksmuseum in Amsterdam; and A Young Woman standing at a Virginal (around 1670-72) from the National Gallery in London, which has a similar painting of Cupid in the background.