'With changes come opportunities': first reactions to the cancellation of Art Basel in Hong Kong 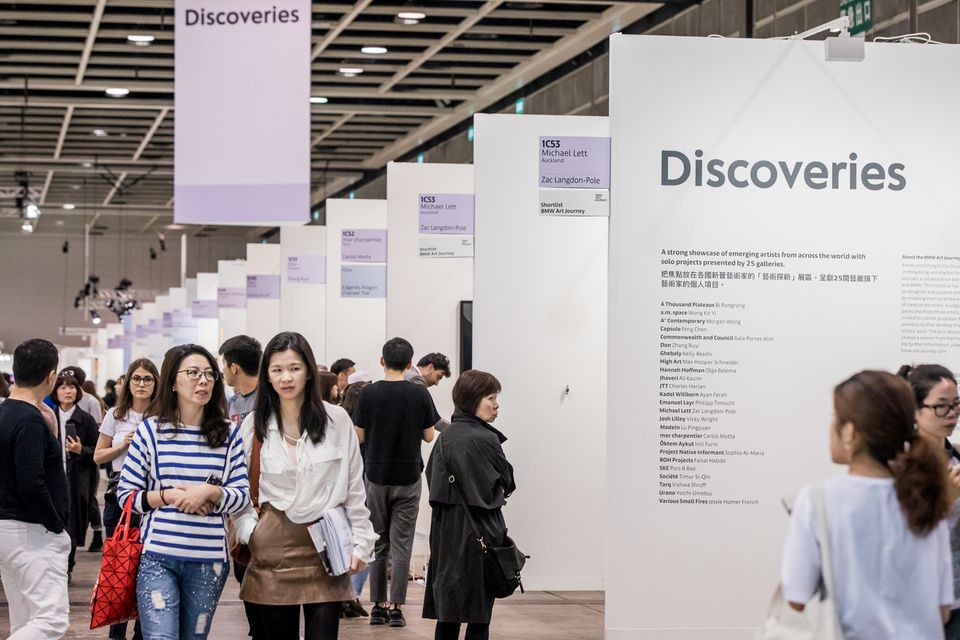 Local galleries are greeting the news that Art Basel in Hong Kong has cancelled its 2020 edition with resignation and determination to forge ahead even without the marquee event, and the concurrent Art Central, which has also been called off. “It seemed inevitable that Art Basel would have to cancel this year’s fair. But we know they will be back next year better than ever. Hong Kong will remain the most important venue in Asia for Art Basel,” says Fred Scholle, the founder of Galerie du Monde, the city’s oldest existing art gallery. Hong Kong currently has had 24 cases of the 2019-novel coronavirus, and one fatality.

The Hong Kong Art Gallery Association is planning a board meeting on 11 February to discuss the next steps for the city, which has instituted mandatory 14-day quarantines on all travellers from mainland China. “As a gallery, we are obviously saddened by the decision to cancel ABHK and Art Central but at this point it was the sensible decision to take and we fully support it,” the director of Rossi & Rossi, Fabio Rossi, who is currently the co-president of the gallery association, said in a statement. “However, the Hong Kong art scene is much more than two fairs and the auctions; it is a vibrant, creative and diverse scene made of commercial galleries, public spaces, and artists.”

“The impact of the cancellation for the local and regional galleries will obviously be substantial as March had become the time of the year for not just commercial sales but, more importantly, for networking opportunities with an international audience of collectors and curators,” Rossi adds. “However, with changes come opportunities. HKAGA is committed to support the local art scene and to refocus the attention to what exists in the city.” Rossi says that he will proceed with the opening of his gallery’s next show on 15 February, and other spaces in Wong Chuk Hang are also holding openings next week.

Henrietta Tsui-Leung, the founder and chief executive of Galerie Ora-Ora, says the cancellation has prompted her to reassess the model for her gallery. “We will plan a live stream program with my artists and ask them to talk about their art,” she says. “The cancellation proves to us over and over that we need to beef up our online presence, which is cost effective for medium size galleries that don’t have outposts everywhere. We are also going to be more active in the European and US markets in the next 12 to 18 months. I just think we need to be more proactive and think of creative ways not always just fairs anymore.” She adds that “ABHK is still important for Hong Kong and the region, we will support their decision and find various ways to collaborate with them.”

Meg Maggio, the director of Pékin Fine Art, with locations in Hong Kong and Beijing, says: “I think local smaller fairs will move in quickly to fill the void. We have already been invited to participate in new fairs in Xiamen, Bangkok, and Jakarta. "Organisers of each fair have contacted Pékin Fine Arts asking us to consider participating. The Asia regional art market will not contract because of the absence of Hong Kong based fairs. The appetite for high quality artworks by Asian artists will not diminish.” Albeit for vastly different reasons, the cancellation of Art Basel in Hong Kong evokes the 2013 pause of erstwhile giant SH Contemporary in Shanghai, creating a vacuum which was filled by then-upstart fairs Art 021 and, the following year, West Bund Art and Design. Without an Asian Art Basel, the proliferating ranks of regional fairs may prove more crucial in 2020.