Site braces for another onslaught of heavy rain starting this weekend 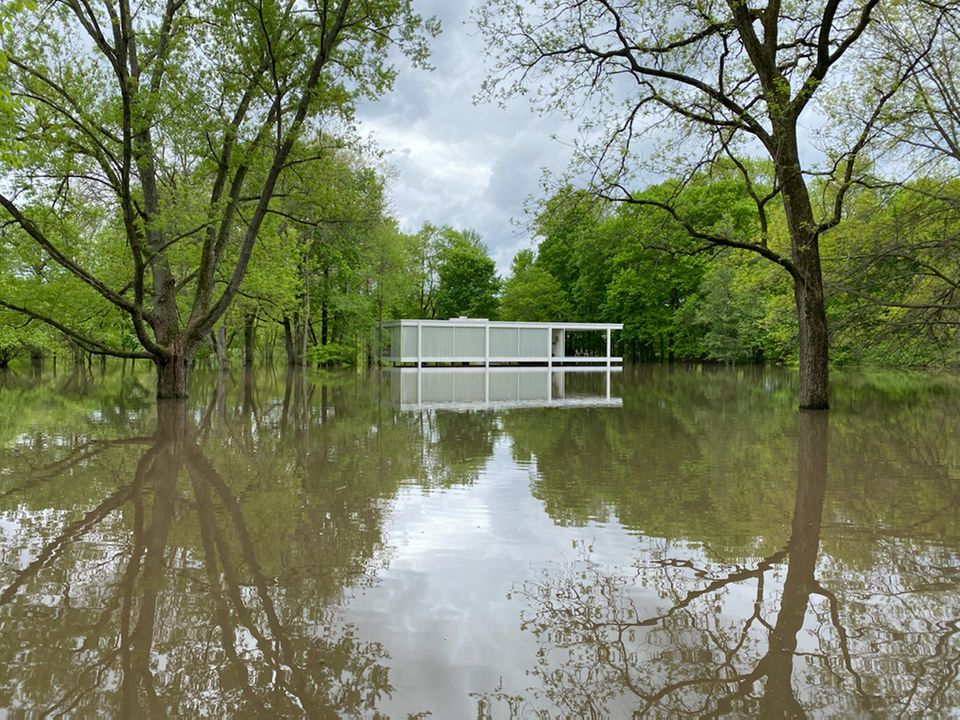 Floodwaters from the Fox River inundated the glass and steel house’s deteriorating lower terrace on Monday and rose to within a foot of the house’s stilt-hoisted single-floor living area, says Scott Mehaffey, the executive director. The incursion arrived at a time when swaths of the Midwestern US had been ravaged by pounding rain.

By Wednesday, the waters had receded from the house. But Mehaffey says he is apprehensive about predictions for a more prolonged deluge beginning on Sunday that could last a week and cause water to flow into the living level.

Visiting the house in an inflatable raft with a fire and rescue squad on Monday, the executive director and others rolled up the rugs, placed furniture atop milk crates and pulled curtains up away from the floor. “Luckily, all the Mies van der Rohe furniture is in storage,” he says. “What’s in the house now are facsimiles of Edith Farnsworth’s [Scandinavian and Italian Modern] furniture,” in line with the site’s 2020-21 focus on the client who commissioned the house. When the house’s second owner, Peter Palumbo, restored the house in 1970-72, he and Dirk Lohan, Mies’s grandson, furnished the house with pieces of the architect’s design, Mehaffey explains. 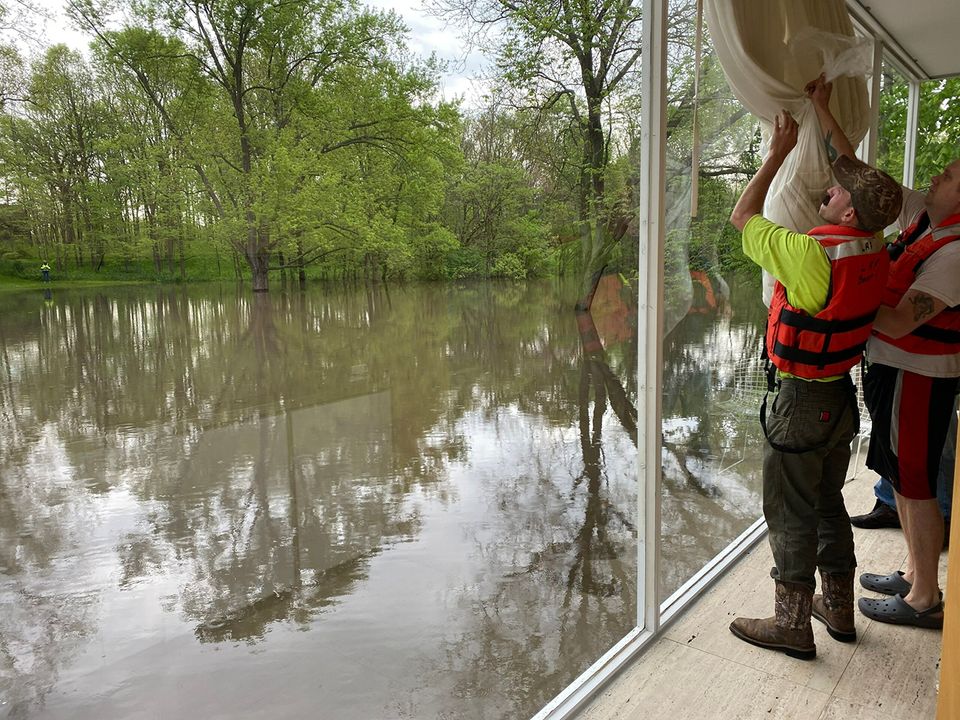 Owned and operated by the National Trust for Historic Preservation, Farnsworth House has been open for public tours since 2004 and attracts around 11,000 visitors a year. Currently it is closed in response to the coronavirus outbreak.

A darling of architectural historians, the one-room Modernist house was built in a floodplain along the Fox River and has been inundated seven times to date, Mehaffey says. Preservationists extol it as a minimalist temple in dialogue with its watery and arboreal environment, with its thin white I-beam steel supports contrasting with the dark trunks of the surrounding trees.

Conceived as a retreat for Farnsworth, the house was built 5ft, 3in above ground, a foot higher than the previous high water mark, Mehaffey says: both Mies and his client failed to foresee that the surrounding area would undergo extensive development and that much of the absorbent terrain would give way to impervious paved surfaces. The worst flooding occurred in 1996, when waters rushed into the living level, flipped furniture around and caused works of art to float away, including a Warhol silkscreen print depicting Elizabeth Taylor, he adds.

Currently, the trust is in the midst of fund-raising for a $500,000 project to restore the lower terrace—where “the gravel is completely saturated and the travertine is like a sponge”, says Mehaffey. About half of the money has been raised so far for the project, he says. He estimates that the house currently needs $2m to $3m in conservation work, including a roof replacement and repairs to its radiant heat system.

A more ambitious longer-term plan calls for installing a hydraulic-lift system that could raise the house eight feet in the air when necessary and would cost another $7m to $9m, Mehaffey says. “That’s a very expensive proposition,” he says. “We’re trying to raise money just to preserve the house.” 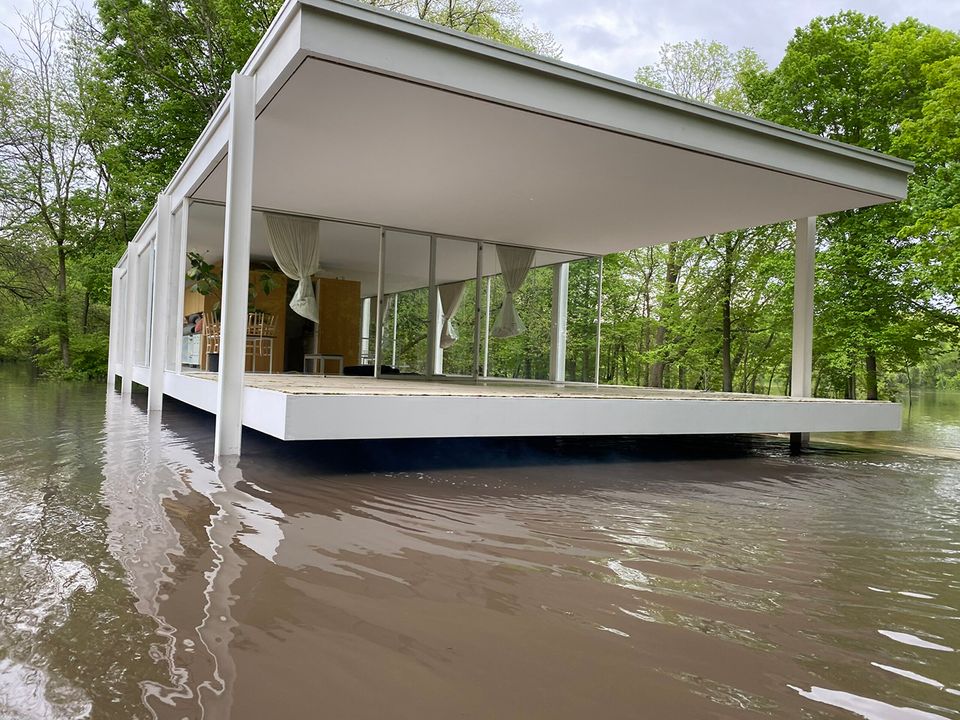