Fine Arts Paris and Art Cologne boldly believed they could run Covid-secure events in November, but both have had to relent to new restrictions 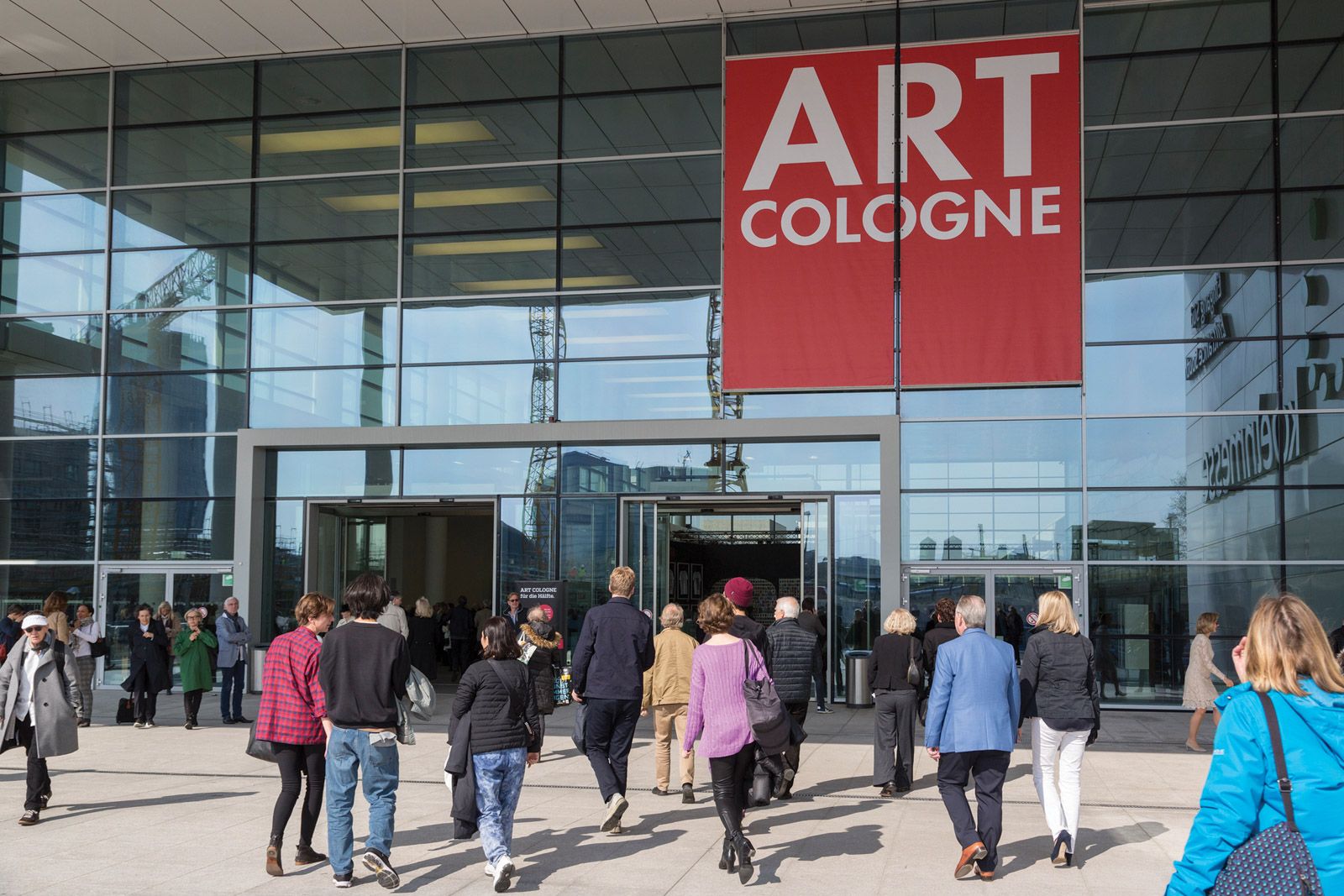 In the past 24 hours, Fine Arts Paris, Art Cologne and Cologne Fine Art & Design have all been forced to cancel their November fairs as France and Germany introduce new four-week national lockdowns.

At midnight last night, France entered a strict four-week national lockdown, kiboshing the physical edition of the fourth edition of the art and antiques fair Fine Arts Paris, which was scheduled to take place from 26 to 29 November with 40 galleries in the Palais Brongniart. The fair will "be obliged not to go ahead physically," a spokesperson says. Instead an online edition (24-29 November) will include 48 exhibitors presenting ten, previously vetted items each.

In a statement issued in mid-October, the fair’s organisers had said: “We are all aware that an art fair is a driver of market renewal and an essential forum for meeting new collectors,” but added that this “proactive attitude” is subject to the legislation which will be in force in the coming weeks. Last month, the fair’s president Louis de Bayser told The Art Newspaper: “We are of course worried with the rising cases in France but we are still confident that we will be allowed to organise Fine Arts Paris. This fair is important for us, dealers, to show the vitality of the art market by showing our latest acquisitions.”

Fine Arts Paris would have been the only “offline” fair this autumn for the Paris-based Modern art gallery Applicat-Prazan. Speaking earlier this month, the owner Franck Prazan said he hoped the fair would be allowed to take place as it would be “marvellous to exhibit in real life for the first time in ten months since Tefaf Maastricht.” 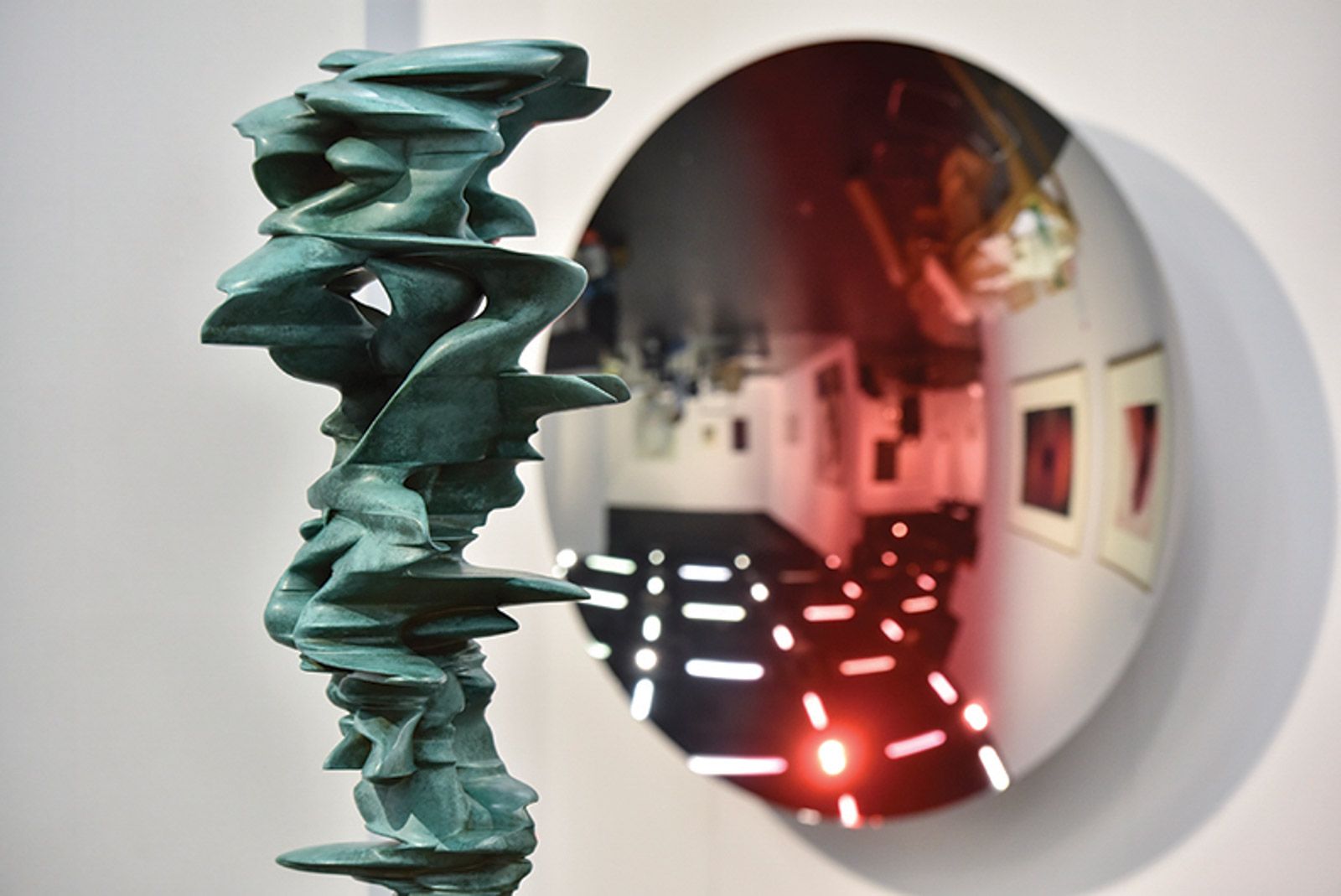 Although some galleries have withdrawn from this year's Art Cologne, organiser Koelnmesse has held Covid-free events across Asia in recent months

On Wednesday, Germany's Chancellor Angela Merkel also announced a more lenient, four-week "lockdown light" from 2 November, forcing Art Cologne and Cologne Fine Art & Design fairs (scheduled for 18 to 22 November at the Koelnmesse) to cancel last night. They will return from 14 to 18 April 2021. The 54th edition of Art Cologne was initially planned for April 2020 but postponed due to the virus—151 galleries from 25 countries were still due to take part this month.

Earlier this month before the cancellation, Daniel Hug, the director of Art Cologne and Cologne Fine Art & Design, told The Art Newspaper: “We are pressing ahead with the fair because we have done our diligent research into how to hold a fair in an age of pandemics. Koelnmesse, our parent company, has held several fairs in Asia in the last six months, without incidents or transmission of Covid-19”. He added: “We have to learn how to co-exist with this virus; it will be here for a while and very likely to the end of 2021.”

But yesterday Hug announced the cancellation of both fairs due to the German federal and state governments decision to prohibit trade fairs through to the end of November 2020. “With our package of measures, #B-SAFE4business, we were excellently prepared to host trade fairs under coronavirus conditions," Hug says in a statement. "Both trade fairs had a great deal of support and trust from galleries and dealers alike. This makes it all the more important that, with the postponement until April, we can create fresh outlooks for all those involved.”

An spokesperson says that galleries have not yet paid any fees for the November art fairs and if they wish to withdraw from the April 2021 fair, no fee will be charged.

Some events are still happening though. In Austria, Vienna Art Week will still go ahead from 13 to 20 November, while next month, Contemporary Istanbul is hoping to hold its 15th edition from 16 to 20 December at the Istanbul Convention and Exhibition Center. Ali Güreli, the founder and chairman of the fair, says he hopes the fair will “reinvigorate the artistic community”, adding that visitors have “begun reserving their admissions to this year’s event.” Measures such as timed entry, a revised layout and a one-way system will be put into place, as well as a “well-thought-out ventilation system” and temperature checks on entry.