Forget the Venice Biennale, what about Expo Milan?

Paolo Baratta, the president of the Venice Biennale, has declared that the world’s most international art event will be completely independent of the Milan Expo 2015 (1 May-31 October), although he has moved the opening of this year’s Biennale to 9 May—one month earlier than usual—to capitalise on the 20 million visitors expected in Milan. This is Baratta’s last time at the helm of the event; he has been instrumental in its success, so it would be quite a coup if he managed to beat the Biennale’s attendance record of 475,000 visitors, which he set during the previous edition, in 2013.

A strong conceptual link with the Expo could come in the form of Okwui Enwezor’s highly political main exhibition. In his curatorial vision, art should be a channel of communication for social issues, and we can expect some works in the Giardini and the Arsenale to echo the Expo’s theme of “Feeding the Planet, Energy for Life”. An equally strong link is between the large number of African artists in the Nigerian curator’s exhibition (18 out of 136) and the high percentage of African nations participating in the Expo (25 out of 145).

The Expo also echoes the Biennale’s format, with its national pavilions. The architecture of the Expo site, which covers an area of more than one million square metres and is conceived as an Ancient Roman city, is itself one of the main attractions of the event. The stellar list of architects involved includes Stefano Boeri, Italo Rota, Ricky Burdett, Michele De Lucchi, Jacques Herzog, Norman Foster, who has built the United Arab Emirates pavilion, Wolfgang Buttress, responsible for the UK pavilion, and Daniel Libeskind, who designed the exhibition space for the Chinese construction conglomerate Vanke, as well as the main entrance to the Expo.

Economically speaking, the differences between the Expo and the Biennale are extreme, to say the least. The Italian government has spent €1.3bn on the Expo, participating nations have collectively poured in €1bn and private sponsors have provided an extra €300m. By comparison, the Biennale’s budget is only €13m, plus undisclosed sponsorship funds. It is estimated that the Expo will generate around €10bn for the Italian economy. 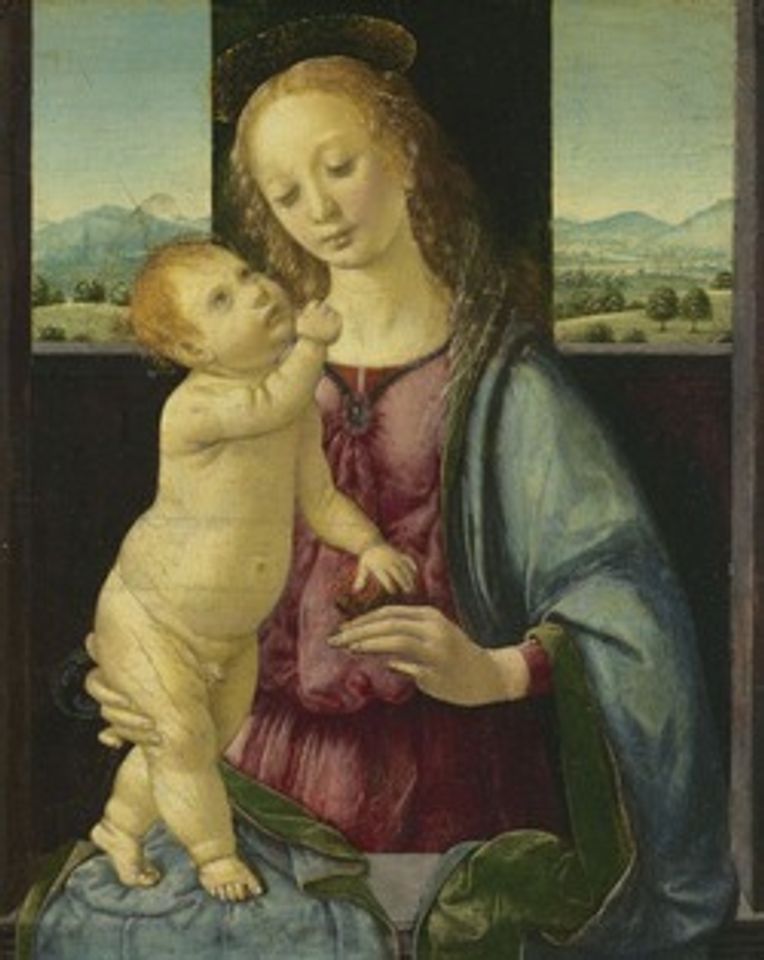 Leonardo and Lorenzo di Credi, Madonna and Child with a Pomegranate, 1475-1480

Mouth-watering Milan It is said that we first taste food with our eyes, an idea supported by the Expo’s widespread interest in food design—and the numerous art exhibitions taking place in Milan between May and November represent a real visual feast.

The Expo has an exhibition called “Arts and Food: Rituals from 1851” (9 April-1 November) at Palazzo della Triennale. Organised by the critic Germano Celant, the “inventor” of Arte Povera (he coined the term), it is centred around the idea of food and where and how it is consumed, from home cooking to restaurants. The ambitious show, which comprises around 1,000 works in a 7,000 sq. m exhibition space, is arranged chronologically, starting with the 1851 Great Exhibition in the Crystal Palace in London. It includes visual art, design, architecture, photography, moving image and music.

There is more “food for the eyes” in the form of works by nine photographers, thematically arranged in the spaces that connect different groups of pavilions. Their subjects include coffee (Sebastião Salgado), cocoa (Martin Parr), rice (Gianni Berengo Gardin), fruit and vegetables (Irene Kung), tubers (Joel Meyerowitz) and spices (Alex Webb). 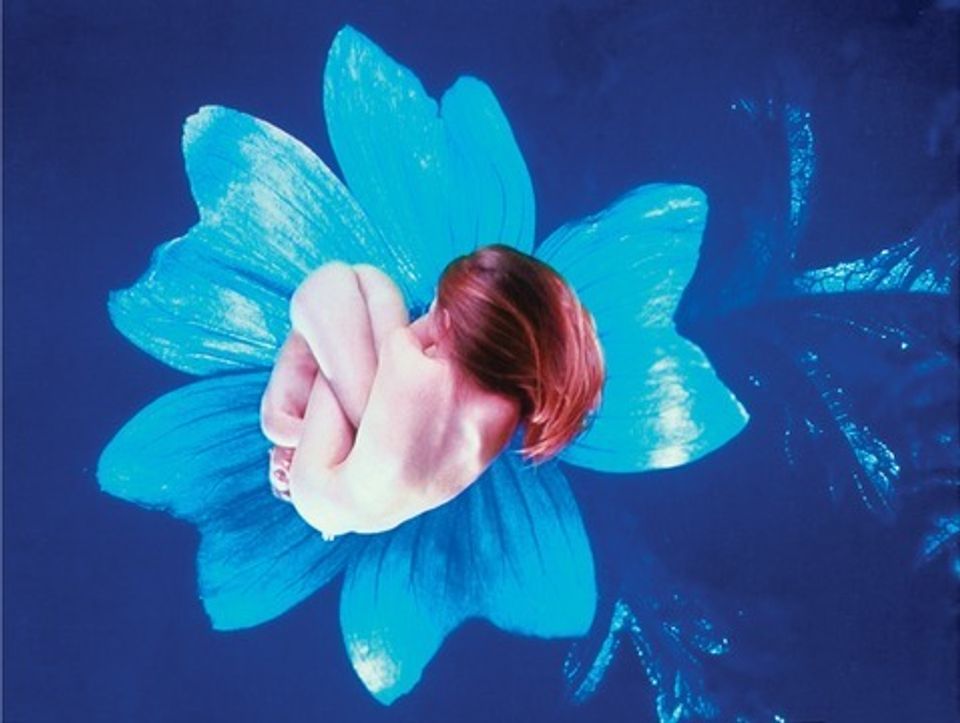 Brand new The Expo provides an opportunity for Italy’s financial centre to bolster its cultural credentials. Milan has failed to really engage with this role over the past few decades, especially in the face of fierce competition from the more traditional artistic powerhouses of Florence, Rome and, of course, Venice.

Capitalising on its position as a world capital of fashion, the city is welcoming projects by two of its leading brands. The new 19,000 sq. m headquarters of Fondazione Prada, designed by Rem Koolhaas and OMA, is due to open on 9 May with two site-specific installations by Robert Gober and Thomas Demand, and the exhibition “Serial Classic” (until 13 September), which explores the imitation of Greek sculpture in the Roman world. Ties to Venice are maintained through a sister exhibition at the foundation’s Venice outpost in Ca’ Corner della Regina: “Portable Classic” (9 May-13 September) centres on the production of Renaissance and Neo-Classical miniatures.

Meanwhile, Giorgio Armani is creating a new space called Silos in a former Nestlé building, which is due to open on 1 May with a more self-referential exhibition charting the designer’s 40-year career. The 4,500 sq. m space in Via Bergognone, near the Tadao Ando-designed Teatro Armani, is said to have cost around €50m.

Another luxury brand, Acqua di Parma, launches its first exhibition, “I’ll Be There Forever—the Sense of Classic” (15 May-4 June), at Palazzo Cusani, exploring how a range of contemporary artists relate to Classicism.

At the other end of the spectrum from the corporate brand-related events is the Fondazione Trussardi, which promotes projects in different venues. It is behind a show at Palazzo Reale called “La Grande Madre” (the great mother; 25 August-15 November), which has been organised by Massimiliano Gioni, the director of the 2013 Venice Biennale, and explores the theme of maternity from the 20th-century avant-garde to today. The foundation is also behind a quirky project in Porta Nuova, an up-and-coming part of the city, where the Hungarian-born US conceptual artist Agnes Denes has created Wheatfield, a real field of wheat that is due to be reaped in August. 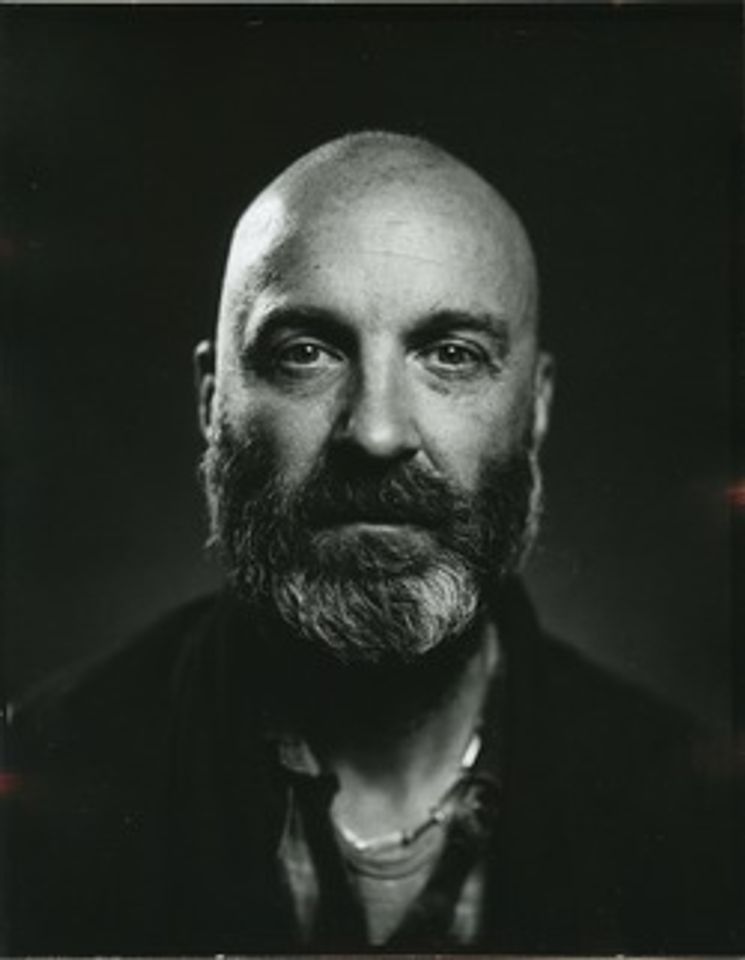 Historical big-hitters Milan’s established cultural institutions are pulling out all the stops, but none more so than Palazzo Reale, which should be heaving with visitors from now until November, thanks to three major exhibitions in addition to Gioni’s show. “Art from Lombardy: from the Visconti to the Sforza” (until 28 June) is all about civic pride, as Milan’s rich but often overlooked artistic heritage from the Middle Ages and the Renaissance is given centre stage in a bid to cement its reputation, with more than 300 works of art on show. “Leonardo: 1452-1519” (until 19 July) is the biggest monographic exhibition to be dedicated to the artist in Italy, with loans from a host of international museums. Last but not least, “Giotto: Italy, from Assisi to Milan” (2 September-30 January 2016) celebrates the Medieval artist’s lasting influence in Milan and its neighbouring regions.

In a more modern vein, the city’s Museo del Novecento is showing highlights of Modern art (not just from its own collections) in “The Ideal Museum: 20th-Century Masterpieces from Italian Museums and the Acacia Collection” (14 May-15 September). The heavyweight contemporary art curator Francesco Bonami is responsible for “Don’t Shoot the Painter: Paintings from the UBS Art Collection” at the Galleria d’Arte Moderna (17 May-4 October). Across the country, 290 exhibitions are officially linked to the Expo.

Last but not least, Milan welcomes a long-awaited new institution, the City of Cultures. The 17,000 sq. m museum houses an eclectic mix of the city’s ethnographic collection and multidisciplinary projects that will include visual arts, cinema, dance, theatre and design. Designed by the architect David Chipperfield and built in Ansaldo, the city’s former industrial area, the museum opened on 27 March with two exhibitions. “Worlds in Milan” (until 19 July) deals with the relationship between the city and its immigrants, and “Africa: the Land of Spirits” (until 30 August) includes around 200 works dating from the Middle Ages to the present day. 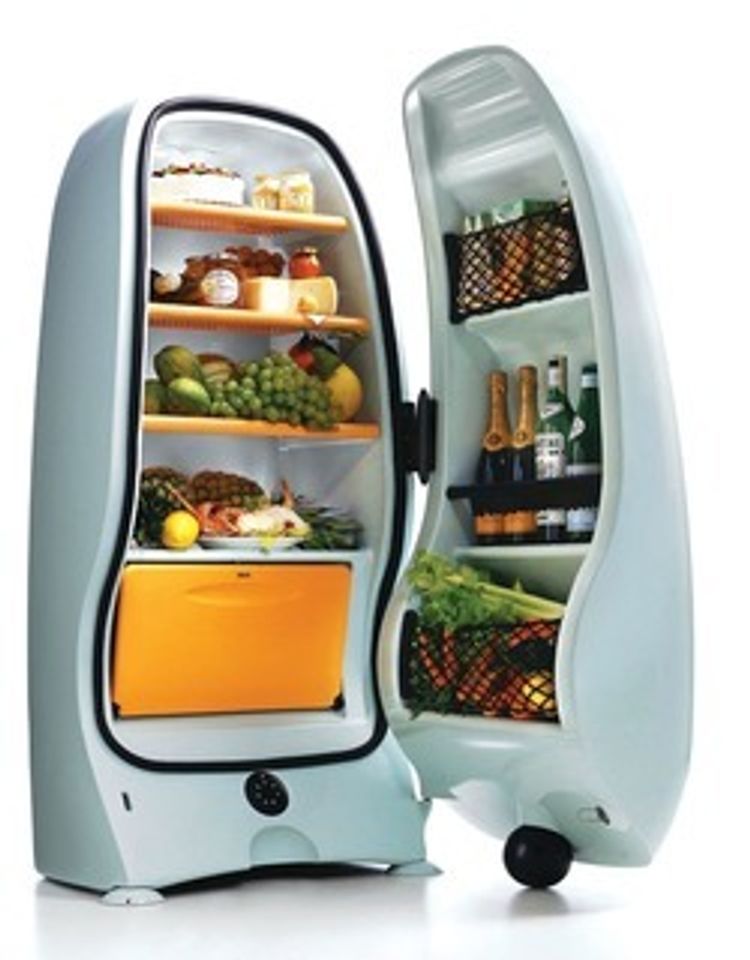 In other words, there will be enough art on show in Milan to satisfy even the hungriest of visitors.