The ambitious auctioneer started out in car racing before going into art and antiques, eventually retiring to his farm near Exmoor to rear a herd of beef cattle 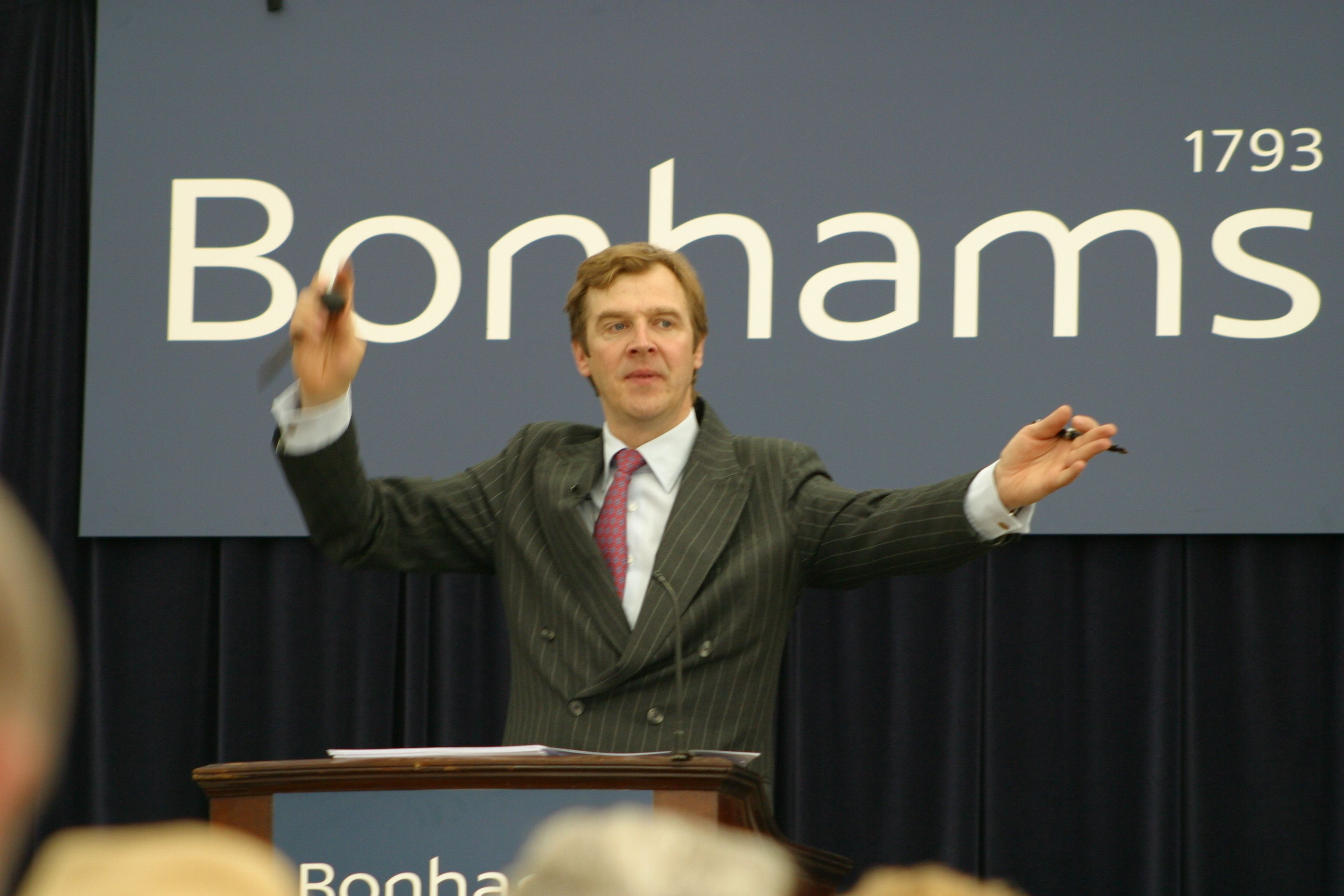 Robert Brooks on the rostrum Courtesy of Bonhams

Robert Brooks, the former owner of Bonhams auction house, died yesterday following a long illness, aged 64. He leaves behind his wife, Evelyn (whom he met while working at Christie's in 1979 and married in Montreal in 1981), three children—Sarah, Charlie and John—and nine grandchildren.

Born on 1 October 1956, Brooks was brought up in London and educated at St Benedict’s School in Ealing. Auctioneering ran in the family—his father also worked at Bonhams—but, Brooks told Classic Driver magazine in an interview in 2002, "I left school to go motor racing, and that failed miserably when I ran out of money aged 19."

So, he joined Christie's where he became its youngest auctioneer, before being made a director at the age of just 27 and joining the main board at 30.

Entrepreneurial of spirit, Brooks left Christie's in 1989 to set up his eponymous car auction house, Brooks, with the support of the classic car collector, Evert Louwman. Most of his team came from Christie's collectors' cars department, joined by some ex-Sotheby's staff in the mid-1990s.

In 2000, Brooks acquired the family auction house Bonhams, joining cars with art and antiques, and the business was renamed Bonhams and Brooks. Just a year later, in 2001, Bonhams and Brooks bought Phillips, then a traditional auction house, from the luxury conglomerate LVMH and the whole business was renamed simply, Bonhams—a merger not without some controversy and inevitable job cuts.

Tall in stature, audacious in character and bold in business, Brooks expanded Bonhams rapidly during his tenure. His next move was to go international, buying the California auction house Butterfields from eBay in 2002, before opening in New York in 2005 (moving to Madison Avenue in 2008) then establishing an office in Hong Kong in 2007 and opening a saleroom there in 2014.

In 2013, he turned his attention to the New Bond Street headquarters in London, previously a tired warren of offices, corridors and poky salerooms—Brooks was determined it would rival or outdo nearby Christie's and Sotheby's, with whom he was fiercely competitive. He wanted the most impressive auction saleroom in the world and spent £30m on the project, which was overseen by his long-time friend, the architect Alex Lifschutz. The overhauled site even included a restaurant, opened in 2015 with chef Tom Kemble at the helm, which achieved a Michelin star—although it was certainly not a shrewd financial move.

There were cuts too, most notably the culling of many of Bonhams's regional salerooms around the UK, notably in Chester and Oxford (2013-15), leaving Edinburgh, Knightsbridge and New Bond Street.

It had been an open secret for several years that Bonhams was for sale—or at least, open to offers—and in 2018, Brooks appointed the advisers Rothschild and Macfarlanes to sell the company. That September, it was bought by the private equity group Epiris and Brooks took the opportunity to retire. He said at the time: "We have always had the intention one day to pass on the business to a new owner who shares our long- term vision for Bonhams.”

Brooks left the high-rolling international art world for his beef and arable farm near Exmoor, on the border of Somerset and Devon, swapping fast cars and evening auctions for a herd of Black Angus and a combine harvester.

Malcolm Barber, the co-chairman and chief executive of Bonhams Asia, tells The Art Newspaper: "Robert was a visionary with a very shrewd understanding of the auction world. He alone saw what Bonhams could become when he acquired it at the turn of the millennium – and then in turn, Phillips UK and Butterfields. It was his drive, judgement and business instincts that – within a matter of years – transformed the company from a Knightsbridge saleroom to the global auction house it is today. No one but Robert who could have done that so swiftly and so successfully.”