Ahead of today’s meeting between North Korea’s dictator Kim Jong-Un and US president Donald Trump, two artists who have made state propaganda works for North Korea and have since defected to South Korea spoke with Heather Chen and Minji Lee of the BBC to denounce the summit and challenge the notion of cooperation with Kim.

“As a propaganda artist, you are expected to portray North Korea and its leaders as being the best in the world,” Song Byeok, who was popular with the ruling elite and made art depicting happy workers and the Kim dynasty, told the BBC. “In North Korea, art can only be beautiful. The homeless do not exist and everyone is chubby as they are well-fed.” 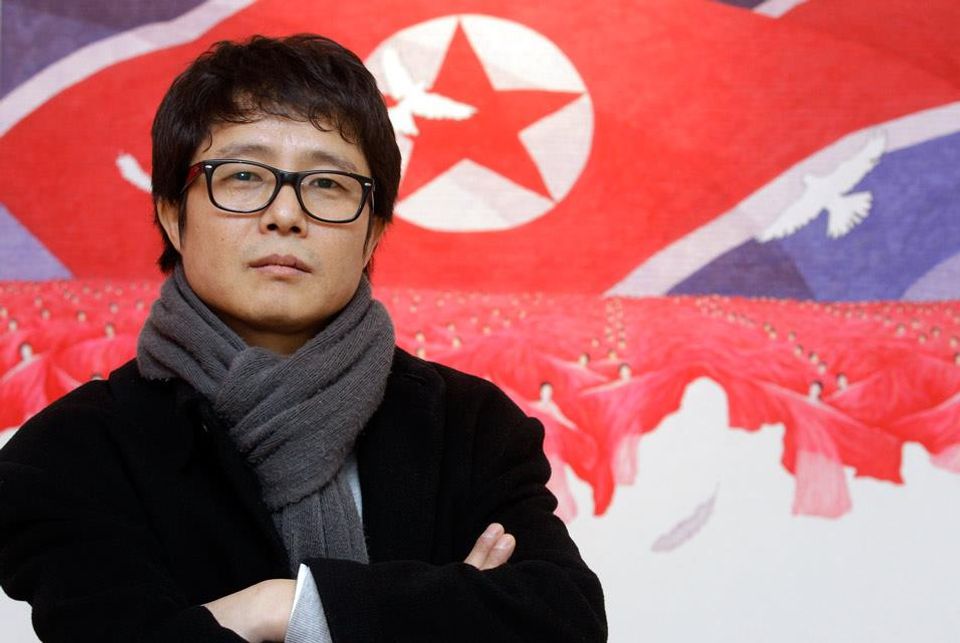 Korean Song Byeok, who formerly made propaganda art for the North Korean state and has since defected to South Korea Song Byeok/Facebook

Choi Seong-guk, who made cartoons depicting western spies, said: “What will make me angry [about the summit] will be seeing pictures of Kim parading around with global leaders. This will only fortify his image back in North Korea and will brainwash many people.”

Both men, who live in Seoul, have since made works ridiculing the dictator. They told the BBC of the extreme human rights abuses of the government, such as torture in gulags, which Song experienced. Song said his “lifelong dream” is to one day return to a changed North Korea and mount an exhibition to “show [his] fellow citizens [proof of] freedom of expression”.