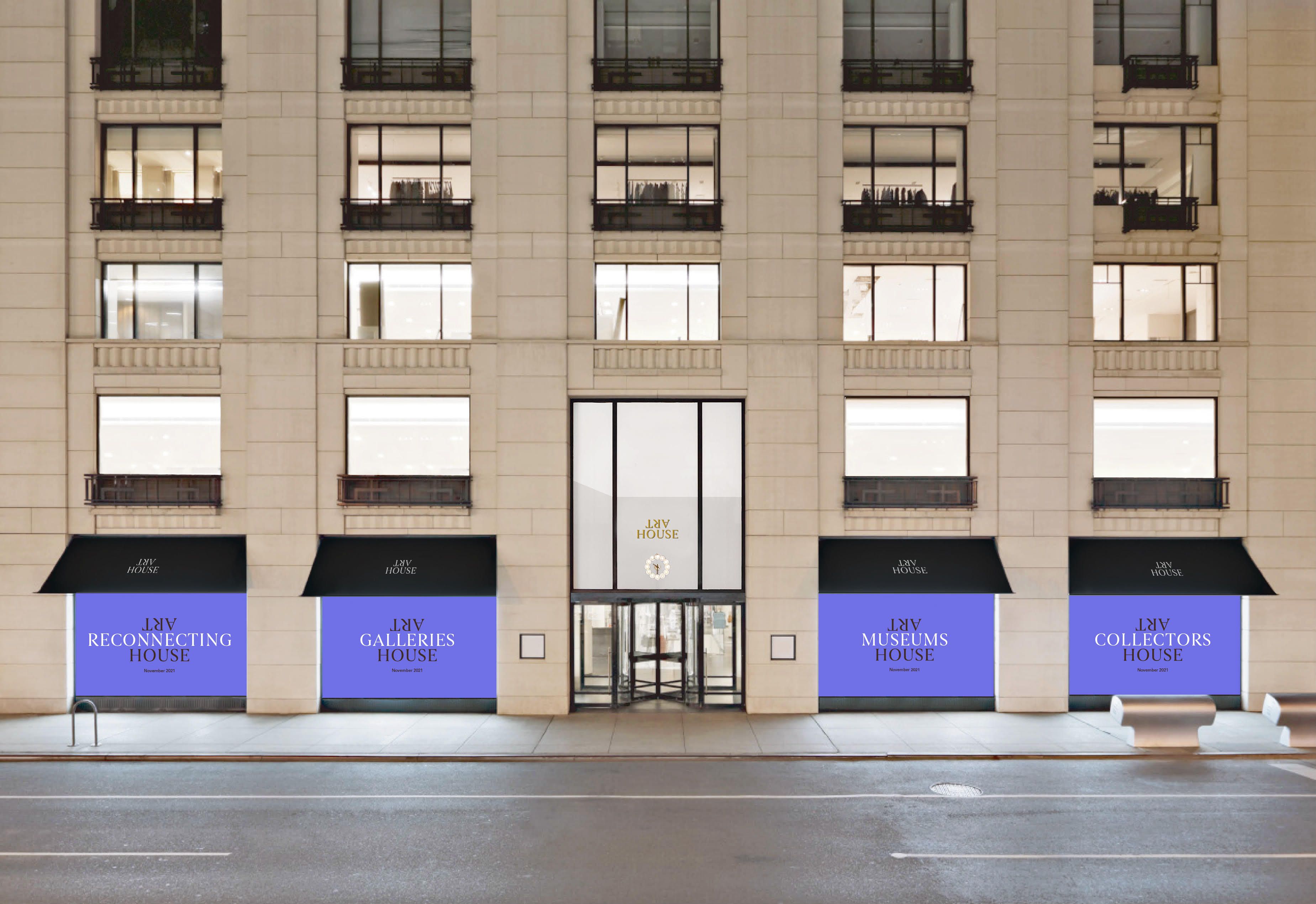 New York is getting a major new gallery hub with the launch of Art House in the former Barneys New York flagship store at 660 Madison Avenue this November.

The team behind it are Michael Plummer and Jeff Rabin of Artvest advisory—who were formerly co-owners and co-founders of the Tefaf New York fairs—and Geoff Fox, the principal of Touchstone Event Management.

The five-storey building has been overhauled by the architect Kulapat Yantrasast and WHY Architecture and will contain private viewing rooms for international galleries, a member’s club in the former Fred’s restaurant and event spaces that will be available year-round "to host seasonal fairs and cultural programming", according to a statement. Art House will also allow its exhibitors access to an online sales platform.

The launch event has been dubbed Art House New York Fall (opening 4 November) and there will be another Spring edition in May 2022 (echoing the pre-pandemic schedule of Tefaf New York Fall and Spring fairs in November and May and the major auction seasons). "Additional programming" will occur year round (details to be announced).

Art House are not yet releasing any names of the 60 participating galleries—further details will be announced in the autumn. “Art dealers and galleries need exhibition platforms that are more sustainable and flexible than the traditional modes of art fairs and brick-and-mortar gallery spaces,” Plummer says.

According to a statement, Art House "will be an active partner along with cultural institutions and other creative initiatives in the effort to revive our creative economy."

Rabin adds: “After a tumultuous year and in the wake of the global pandemic, Art House aims to provide galleries with turnkey solutions to support their recovery and build back a stronger, more vibrant art community in New York.”

For the opening event, Art House will mount an exhibition called Women Who Dared, a selection of 50 works works by women spanning 2,500 years from the collection of Sandi and Bill Nicholson. The event will benefit Nurse Heroes, a non-profit providing educational scholarships to would-be nurses.

"Between the two marquee events, Art House will present exhibitions focused on other sectors of the art market such as jewellery, design, Old Masters, Asian art and emerging galleries with a special outreach to younger collectors," Rabin says.

Plummer adds "there will be a series of events and performances ranging from musical evenings to panels and interviews with top art world specialists."

The relationship between the Netherlands-based Tefaf NL and Artvest Partners ended acrimoniously—the two companies were involved in a legal battle following Tefaf's termination of Artvest's two-year contract to manage the New York fairs in 2018. Plummer and Rabin previously owned a minority 49% stake in Tefaf NYC, the company created in 2016 to run the two fairs in New York, and their company was payed a fee to manage the events as part of the agreement. In April 2019, Artvest sold its 49% ownership stake in the fairs to The European Fine Art Foundation (Tefaf).