But blowback has been swift against the hobbyist painter, whose immigration policies while in office included the creation of the U.S. Immigration and Customs Enforcement 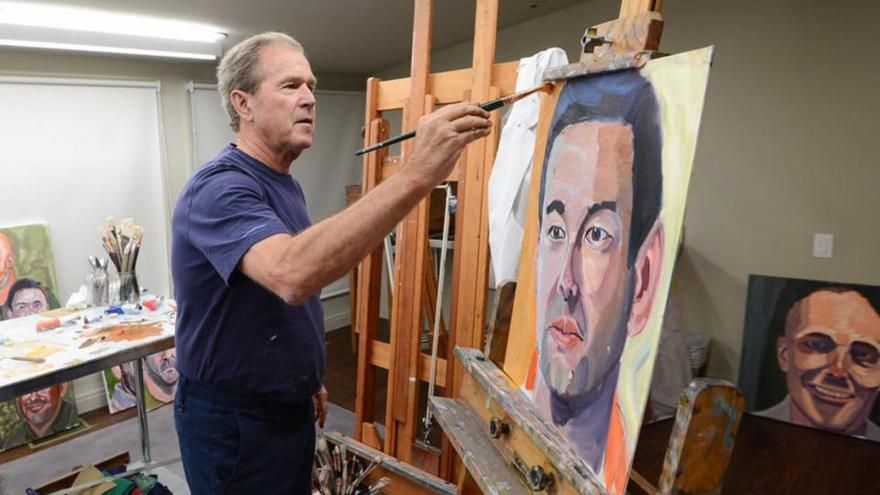 The former president will release a book of 43 portraits of immigrants in conjunction with an exhibition on the value of American immigration at the George W. Bush Presidential Center

George W. Bush, the 43rd president of the United States and a hobbyist painter, is publishing his second book of paintings. Titled Out of Many, One: Portraits of America’s Immigrants, the book will showcase a series of 43 portraits painted in oil depicting American immigrants. But blowback has been swift on social media, with critics accusing the former president of hypocrisy with the new series, since his administration created US Immigration and Customs Enforcement, more commonly known as ICE, which has cracked down harshly on undocumented immigration under Trump.

“While I recognise that immigration can be an emotional issue, I reject the premise that it is a partisan issue. It is perhaps the most American of issues, and it should be one that unites us,” Bush writes in his book’s introduction. “My hope is that this book will help focus our collective attention on the positive impacts that immigrants are making on our country.” Critics online however have pointed out that the sweeping authority given to ICE by Bush enabled the hardline immigration policy pushed by Trump today.

The former president began painting soon after leaving office, but kept the hobby largely hidden from the public until 2013, when his sister Dorothy Bush Koch's email account was hacked and several images of his paintings were leaked online. Since then, he has publicly exhibited his works, and they have even received positive attention from critics. Out of Many, One will be published on 2 March 2021 by Crown. The book will accompany an upcoming exhibition at the George W. Bush Presidential Center in Dallas, and a portion of the proceeds will be given to organisations that help immigrants resettle in the US.