Three-night event will be part of Shubbak festival in July

Michael Rakowitz, one of the artists chosen to make work for the Fourth Plinth in London’s Trafalgar Square in 2018, is to use food as an artistic material for a separate project in the city.

Rakowitz’s tin-can sculpture of an ancient Assyrian winged bull from Nineveh, Iraq, destroyed by Isil, will be seen by thousands of visitors every day when it occupies the Fourth Plinth in 2018. The work is his response to cultural destruction in places such as Iraq and Syria.

This July, however, Rakowitz will be in London with another project that aims to bring people together. He will invite an audience of 30 people a night to enjoy a dinner as a conceptual work of art. It will be served up by the artist and his collaborators, the curator Regine Basha and the cultural studies academic Ella Habiba Shohat. His Dar Al Sulh (domain of conciliation) is a meal of classic Iraqi-Jewish recipes inspired by his heritage and served on the metal platters and bowls once used in Iraq. He likens the dinners, at the Mosaic Rooms in Kensington, to “eating a dying language with the plate of a ghost”. 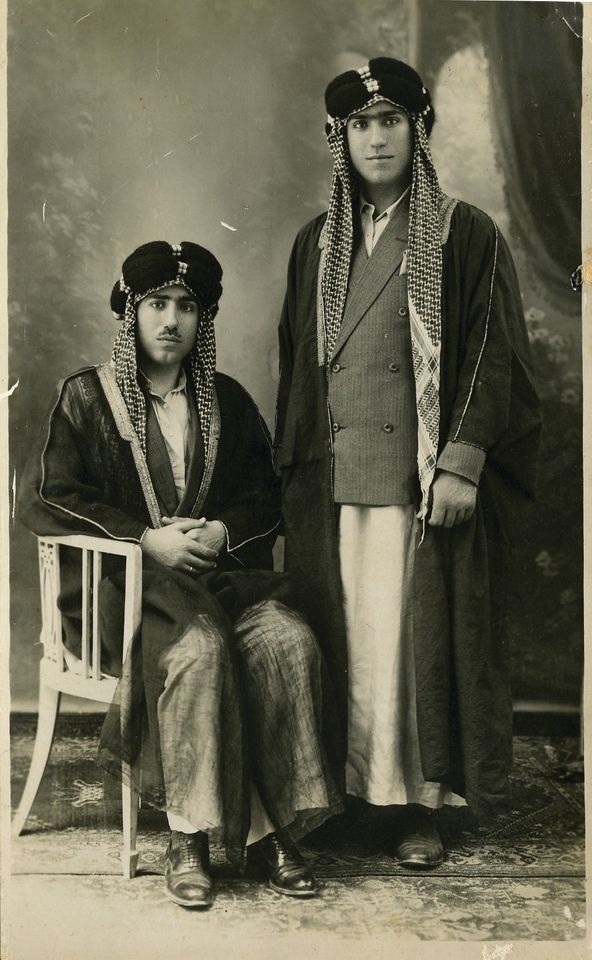 The artist Michael Rakowitz's grandfather and great-uncle in 1930s Baghdad

Rakowitz’s grandparents left Iraq in 1946. His aunt, aged 95, lives in London, which has a significant Iraqi-Jewish community.

The three-night event is part of the biennial Shubbak festival of contemporary Arab culture (1-16 July). Another highlight will be a 30 sq. m floor piece for the British Museum, representing a traditional Arab village, by Zahra Al-Ghamdi, one of three female Saudi Arabian artists taking part in the festival. The museum will also host a symposium entitled Survival of the Artist, with key Middle Eastern curators.

Dishes for Dar Al Sulh include t’beet (a chicken stuffed with lamb, rice, roses, cumin, cardamom and other spices, traditionally served on the Sabbath in Baghdad) and masgouf, a slow-cooked fish that is Iraq’s national dish.

“A meal like this can be a work of art. It is making an impossible thing possible, being able to point to a contested relational space between Arab Jews and Arab Christians and Arab Muslims, and making a ritual of food that binds us [together],” Rakowitz says. “The idea is that we speak about food, but food is also speaking back to us.”

Dar Al Sulh grew out of Rakowitz’s ongoing Enemy Kitchen project, a collaboration with his mother, which is compiling Iraqi-Jewish recipes to teach to different audiences. There used to be an estimated 150,000 Jews in Iraq but only four are said to remain in the country.

Rakowitz’s Fourth Plinth commission is a coloured reproduction sculpture of Lamassu, a winged bull that stood at the entrance to the Nergal Gate of Nineveh in Iraq from 700BC, but was destroyed in 2015.